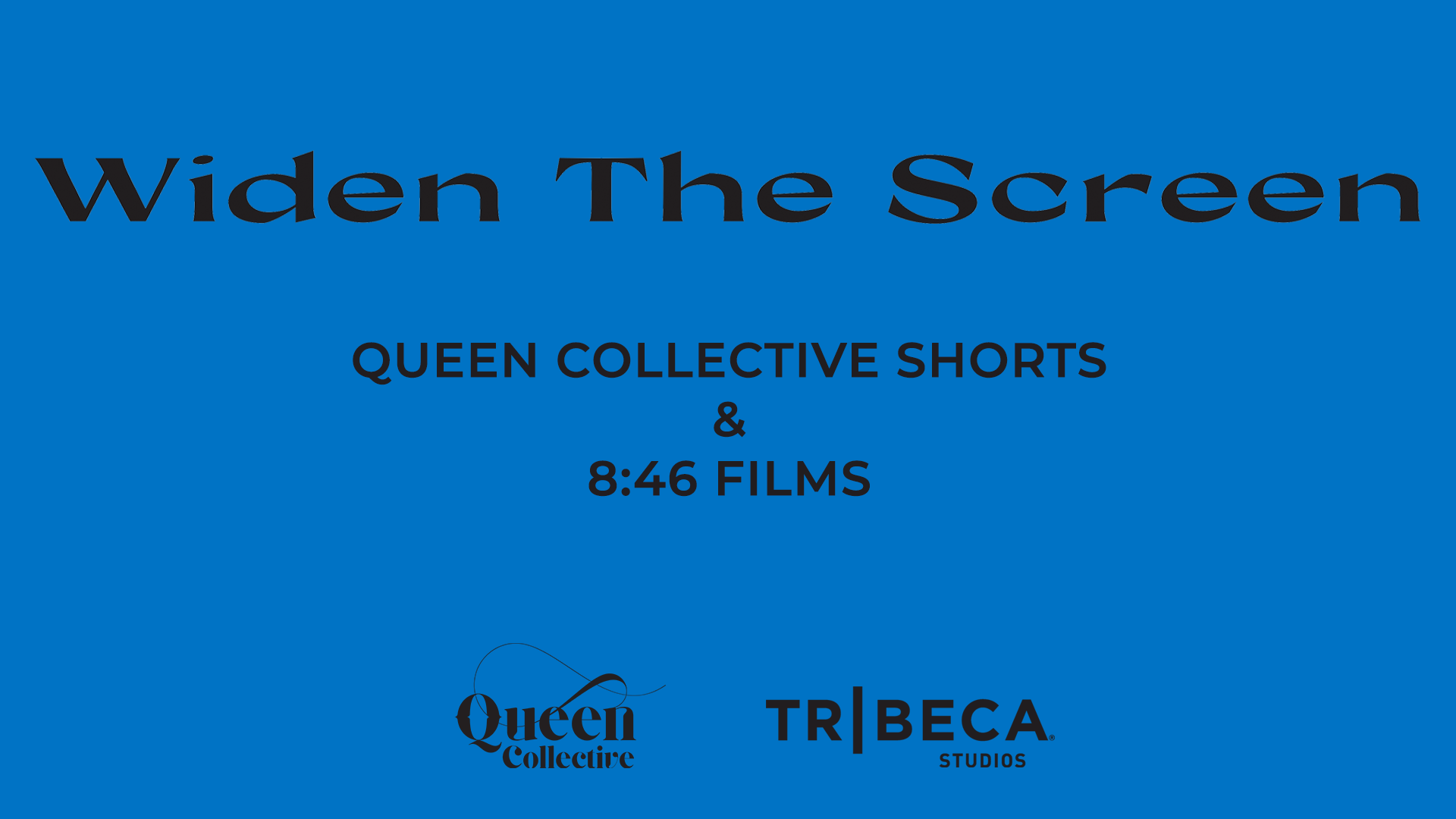 Widen The Screen Program: Procter & Gamble once again comes together with Tribeca Studios and its partners to give a platform to Black creators. This year, as part of Procter & Gamble’s commitment to Widen the Screen - an expansive content creation, talent development and partnership platform, that enables and advocates for increased inclusion of Black creators across the advertising, film and television industries – the festival will debut eight original films from Black creatives and filmmakers. This will include four documentaries from the Queen Collective, which returns for the third year, and four 8:46 films, a program that is new to the festival for 2021

The Queen Collective Shorts: The debut of four Queen Collective documentaries, supported by Procter & Gamble, aimed at accelerating gender and racial equality behind the camera, by opening doors to the next generation of up-and-coming Black women directors. Created by four diverse young women – these short films inspire positive social change and embody Procter and Gamble’s accelerated commitment to supporting gender and racial equity, on-screen and behind the scenes.

8:46 Films: SATURDAY MORNING, a collective of Black creative executives, collaborated with Tribeca Studios and Procter & Gamble to produce four short films influenced by the length of time it took for George Floyd’s life to change the world. The filmmakers were inspired to take 8 minutes and 46 seconds to tell life-affirming stories of joy, love, and resilience, fuel the creativity that has always upheld the Black community in the darkest times, and build a legacy of hope.

Game Changer, directed and produced by Tina Charles, produced Veronique Bernard. (United States) – World Premiere. Tanya DePass, a lifelong Chicagoan and African-American gamer, is determined to make the gaming industry more inclusive for everyone, including people like her.

Change the Name, directed and produced by Cai Thomas, produced by Donald Conley. (United States) – World Premiere. Student activists and educators from Village Leadership Academy campaign to change the name of a park from a slaveholder to abolitionists Anna Murray and Frederick Douglass in Chicago's North Lawndale neighborhood.

Cupids, directed by Zoey Martinson, produced by Korey Jackson. (United States) – World Premiere. In this playful comedy, three kids worry that their beloved school bus driver will be lonely this summer without them. They set out to find her a partner and imagine the perfect matches. With Melanie Nicholls-King, Toryn Isabella Coote, Scarlett London Diviney, Julius Sampson.

She Dreams at Sunrise, directed by Camrus Johnson, produced by Moon Jelly Pictures and Double Plus Productions. (United States) – World Premiere. In this heartwarming animated film, an elderly woman escapes her mundane reality through her dreams while her great-nephew helps reconnect her to what she's really missing.

Pearl and Henry, directed by Gibrey Allen, produced by Greta Hagen-Richardson, Kenneth Reynolds, and Weenta Girmay. (United States) – World Premiere. Pearl and Henry enjoy the simple pleasures of their daily routine. Despite the changing world around them, they find comfort and peace in a connection built on decades of joy, vulnerability, and trust. With Rhonda Johnson Dents and Lance E. Nichols.