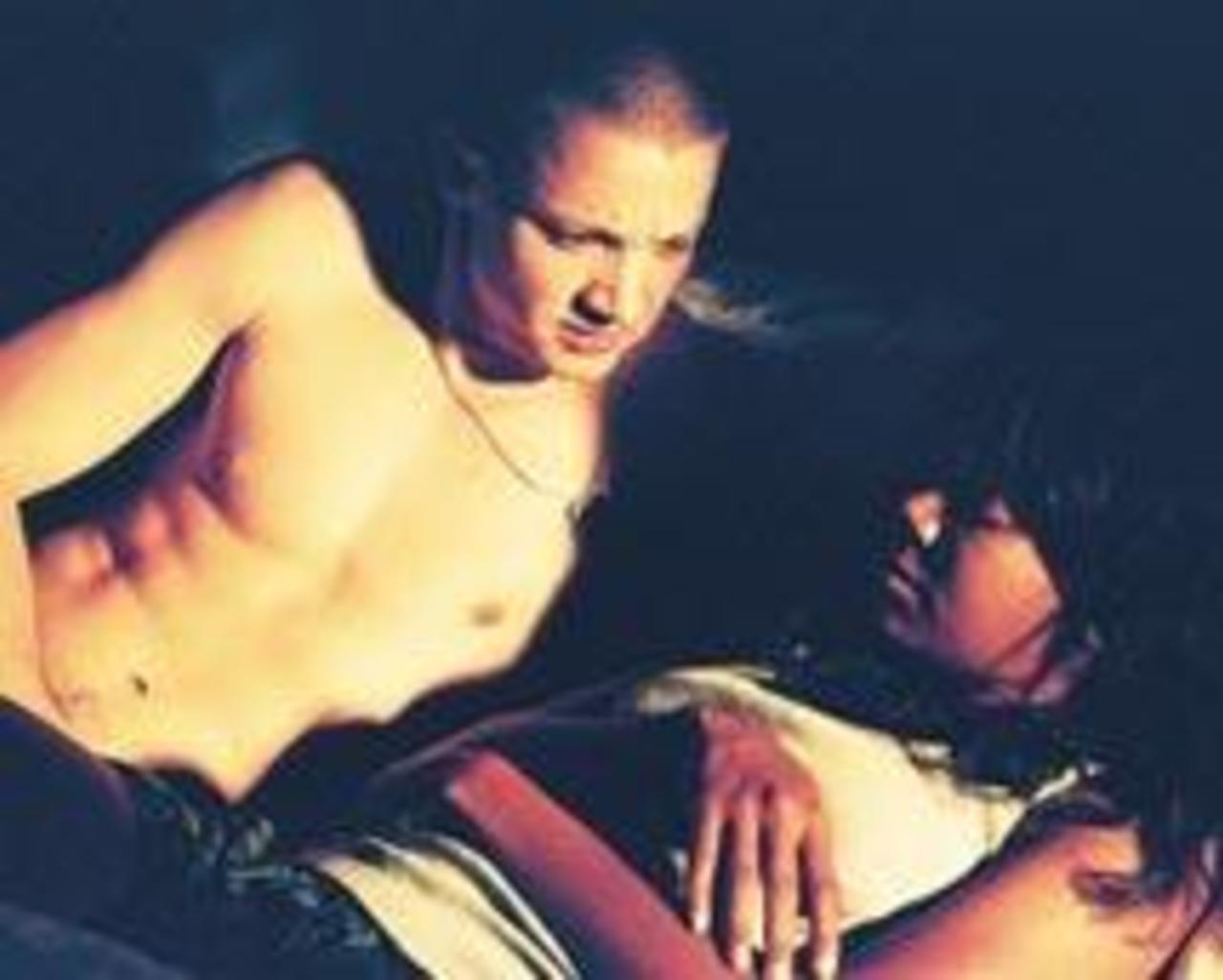 Two of Hollywood's rising stars, Gabrielle Union and Jeremy Renner, power this riveting character study of two alienated people united in a most unlikely love. Imprisoned in a psychiatric ward for a brutal crime, Ned (Renner) is a wiry young man swaggering through life with a combination of macho bluster and childlike spasms, all designed to hide the scars left by a lifetime of foster homes and a white supremacist father. Ned's twitchy energy would almost be attractive, if it was not for the fact that he is also a neo-Nazi skinhead. But his pysch-ward tantrums suddenly cease when a new patient arrives. Like Ned, Rachel (Union) is seething at authority; unlike Ned, she is beautiful, intelligent…and black. She also thinks she is Adolf Hitler, which begins an unlikely friendship between the two misfits, one that blossoms into love under the befuddled gaze of the hospital staff ("Uh…maybe they're good for one another," thinks one) and continues when the two are released into the "real" world. While Ned may not be a neo-Nazi anymore, he is still almost a child, and while Rachel may not think she is Hitler, she still has a far worse trauma to deal with, one that reaches into her past, and will affect both their futures. Fusing the interracial dynamics of Monster's Ball with the anti-authority appeal of One Flew Over the Cuckoo's Nest, Neo Ned draws upon the real-life experiences of writer Tim Baughn at a home for troubled youth, and memorably tackles the serious issues that independent films are supposed to, but rarely do.

Van Fischer began his film career in 1996 finding success as an actor in a number of film and television roles. Attending the Sundance Film Festival for the first time in 1998, he realized it was directing that would fulfill his dream of creating a powerful character driven feature film. Fisher's directorial debut Blink of an Eye screened at over a dozen festivals and in competition at Slamdance 2000. It won awards for Best Feature, Best Director, Best Screenplay, Best New Actress, and a Grand Jury Award for Excellence in Filmmaking. Blink of an Eye was purchased by Artisan Entertainment and after a theatrical run in New York, was released on video. Neo Ned is Fischer's second feature film and has already won the Slamdance 2000 Screenplay Competition. Fisher is currently writing a murder/conspiracy screenplay slated for production in October 2005.