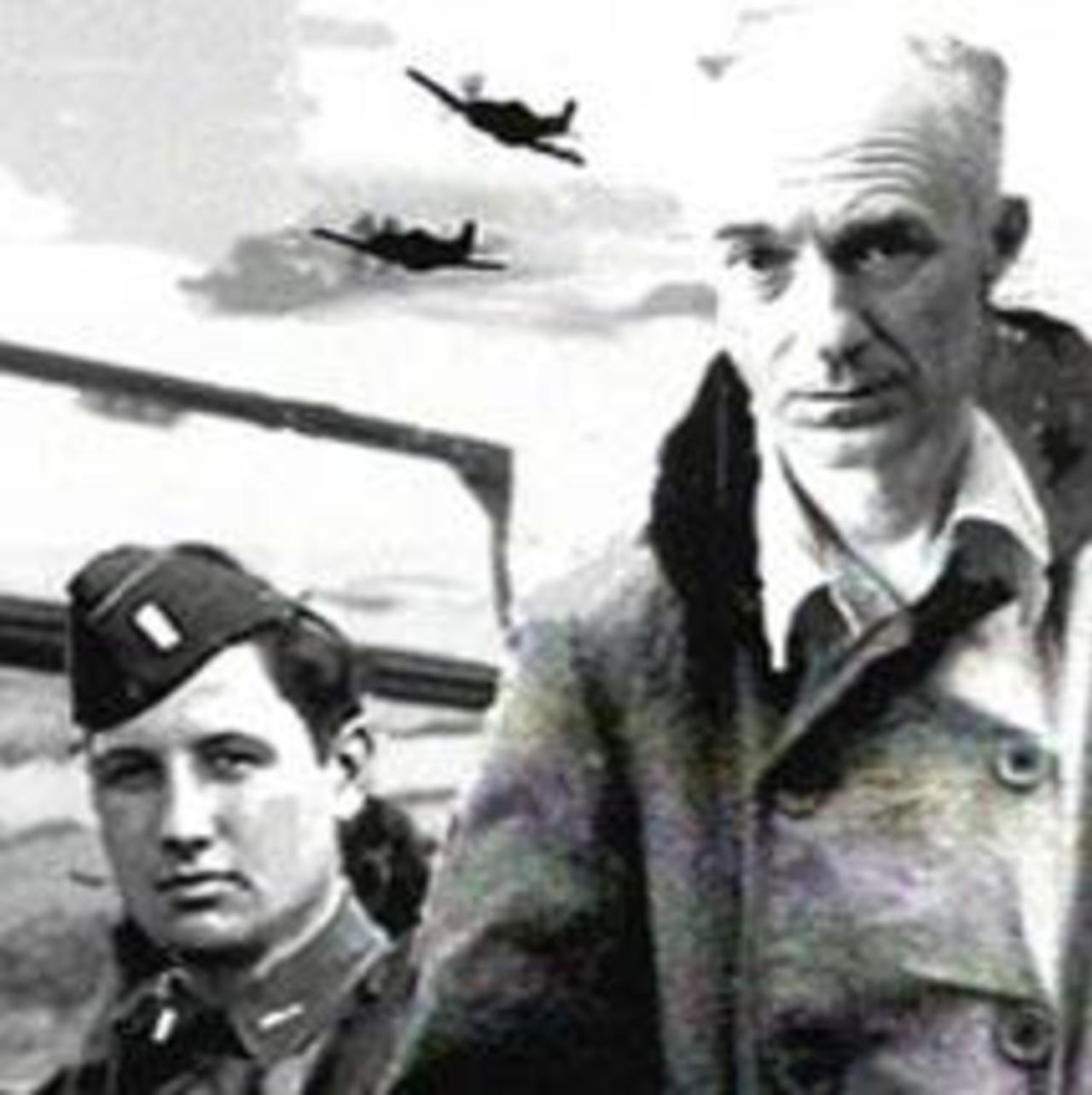 FROM TWO MEN AND A WAR

Cinema verité pioneer Robert Drew is best known for his 1960 documentary Primary, which broke new ground by following presidential candidates John F. Kennedy and Hubert Humphrey during their Wisconsin campaigns (with a handheld camera and sync sound.) But back in 1943, Drew was a 19-year-old pilot from Cincinnati flying against German Panzer divisions over Italy in a plane outfitted with a movie camera. In Pompeii, Drew befriended famed Scripps-Howard war correspondent and fellow Midwesterner Ernie Pyle, who wrote about him and his unit in vivid reports that brought home the thrills and horrors of war as seen through the eyes of ordinary soldiers. On Drew's thirty-first bombay mission, the Germans shot his plane down, For three and a half months Drew was a fugitive behind enemy lines, Often glimpsing the faces of some of those he and his unit had bombed before he was able to find his way back to his squadron. With a combination of dramatic recreations, archival photos, interviews with surviving members of Drew's 86th Fighter Bomber Group, articles and letters by Ernie Pyle (read by Cliff Robertson), who was shot down two years later by a Japanese sniper, and astonishing "you are there" footage shot from plane-mounted cameras, Drew recounts this formative experience, crediting his encounter with Pyle with influencing what would become cinema verité, with Drew's camera moving as freely through a developing story as Pyle did through the combat units of World War II.