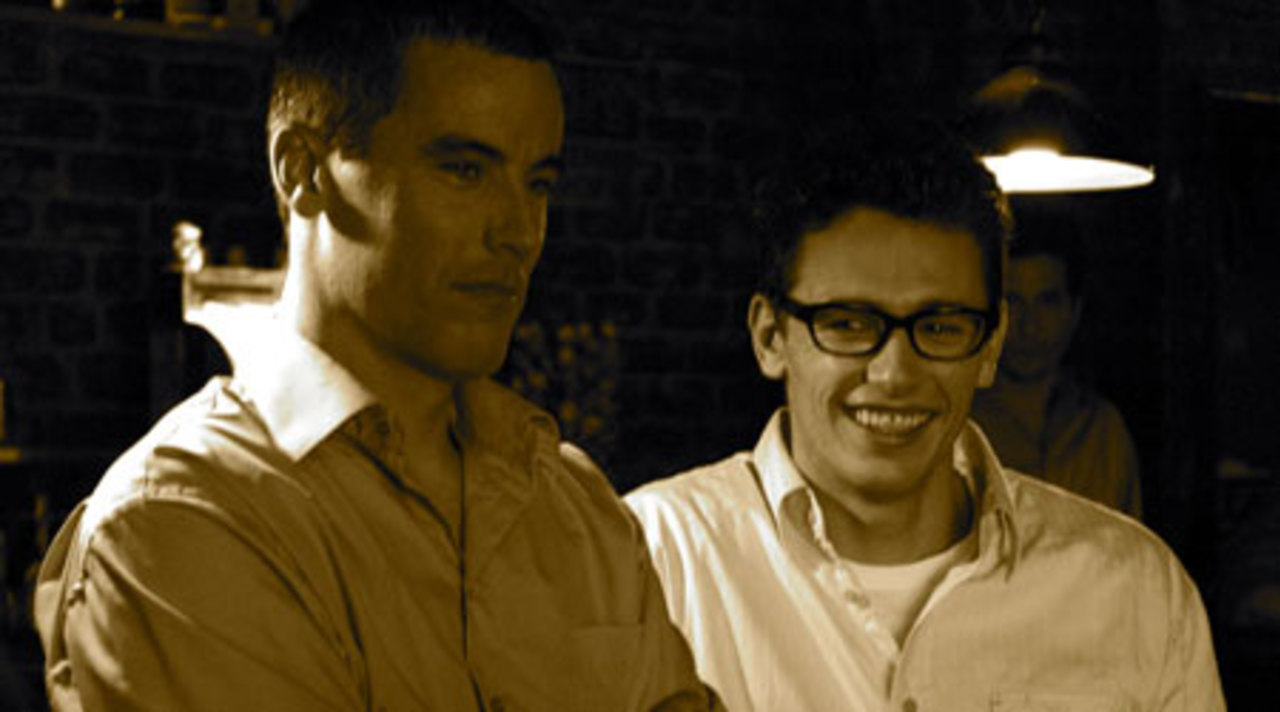 Why is the world so good at destroying genius and so bad at honoring it? Actor James Franco cowrites, directs and stars in this stunning drama about two brothers destined for success. Adam, the "A" student, follows a predictable path to become a doctor, while Max, the "A+" student, never quite finds his niche. As they grow up, they fall easily into their respective roles: Adam the responsible one, Max the immature screw-up. But when Max is forced to escape the drug dealers he's doublecrossed, the two end up driving cross country. Landing in California, Adam effortlessly resumes his medical career. Max's blustery ego nets him a position with a computer company, but he quickly grows bored and relieves the tedium by becoming the office bad boy-soon, he has his co-workers spending half their time snorting crystal meth in the bathroom. Drug use finally costs Max his job, and his plaintive cry to his boss-"I'm a genius, man! Aren't there special rules?"-sums up not only his inability to understand how the world works, but how the world routinely fails people like him. Meanwhile, as Max fails to find his place, Adam fails to hang onto his own niche. Shocked by his inability to meet this challenge, he too descends into drug use, as the fates of these two very different brothers remained inextricably tied. Franco and co-screenwriter Merriwether Williams avoid preaching and melodrama in their depiction of a world that likes to think it appreciates genius, when, in fact, it doesn't even know what genius looks like.

JAMES FRANCO's metamorphosis into the title role of the TNT biopic James Dean earned him career-making reviews, as well as a Golden Globe for Best Actor in a Motion Picture Made for Television and nominations for an Emmy and Screen Actors Guild Award. Having starred as Harry Osborn in Sam Raimi's blockbuster Spider-Man and its sequel, Franco will next be seen in the franchise's third installment. He also stars opposite Sienna Miller in Camille, which will be released this year, and appears in An American Crime, starring Catherine Keener. Franco's credits include Flyboys, Tristan & Isolde, Annapolis, The Great Raid, The Company, Sonny and City by the Sea. On television, he starred in NBC's critically acclaimed Freaks and Geeks. He has written, directed, and starred in several short plays. He adapted two of them, Fool's Gold and The Ape, into feature-length films in which he produced, directed and starred.