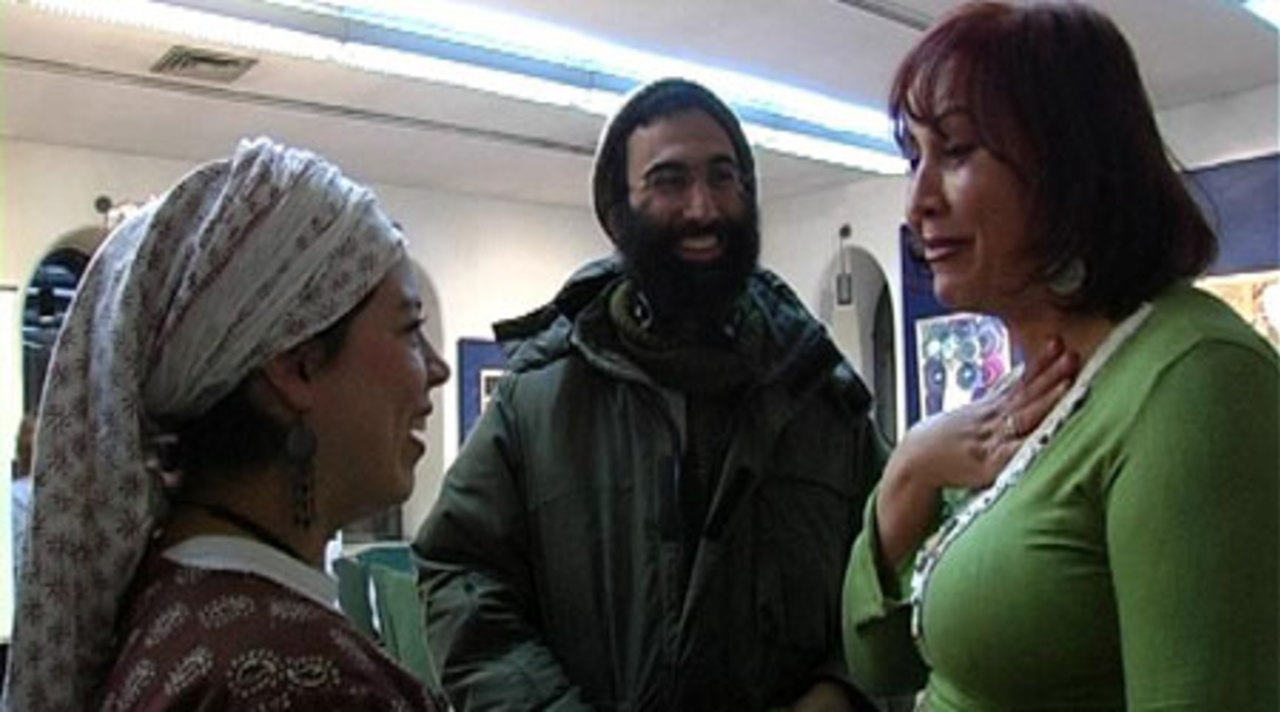 The cultural divisions in the Middle East may seem insurmountable, but there's one thing many Israeli and Palestinian women have in common-the desire to lose weight. Filmmaker Yael Luttwak brought 14 women together-Israelis, Palestinians, Bedouins and American settlers in the West Bank-to get to know one another and lose a few kilos. Ichsan, who lives in Ramallah and writes and stars in comedy shows for Palestinian television, finds she gets along well with Dasi, a secular Jew who practices yoga to deal with the violence, and even has something in common with Rivkah, who left her comfortable American life behind for a settlement in the desert. Ariella, an American settler who was raised Catholic and has perhaps the most vocal suspicions of her Palestinian neighbors, finds an affinity with Amal, a Bedouin living in an apartment in Be'er Sheva, who also covers her head and is equally devoted to raising her family. Under the guidance of two dieticians- one Palestinian, one Israeli-the women start counting calories, carrying stepometers and commiserating about their body image and skinny. The Israeli women get along well with the Palestinians but can't relate to the American settlers at all. And when Hamas wins the Palestinian election, everyone's kid gloves come off. Can 14 women bring peace to the Middle East? Luttwak turns her camera on women trying to improve their lives one step at a time, offering a revealing look at the universal struggle for acceptance, understanding and personal transformation in a land of intractable conflict.