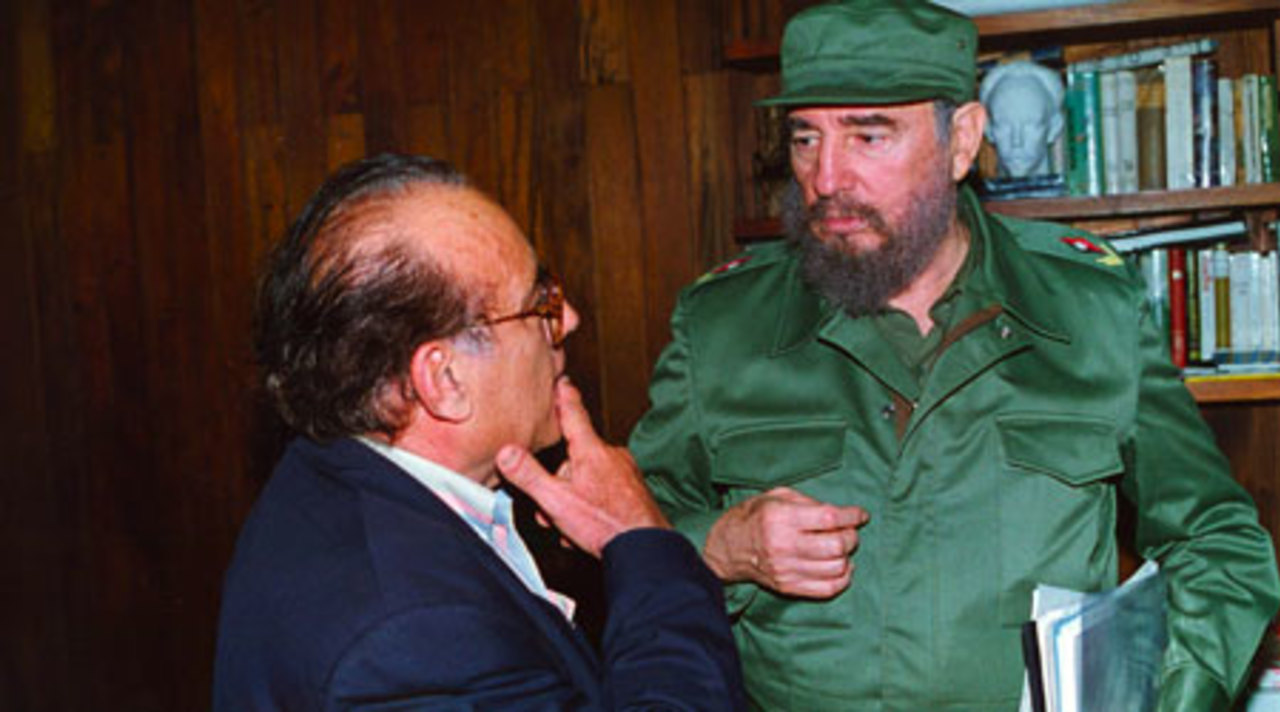 THE MAN OF TWO HAVANAS

All her life, director Vivien Lesnik Weisman bore the impact of her publicly outspoken and revolutionary father, Max Lesnik. Growing up in Miami, she witnessed drive-by shootings and death threats directed toward her father, a former friend of Fidel Castro and opponent of the embargo. In this fascinatingly personal documentary, Weisman acquires a deeper under- standing of the history of Cuba and the trials and tribulations of her father's involvement in its politics. In Havana, Lesnik was the student leader of the orthodox Cuban People's Party, where he befriended Castro and fought to bring down the corrupt rule of Batista. When he later publicly disagreed with Castro's move to communism, Lesnik was exiled and made the move to Little Havana, Florida. As he fought to help create a free and independent Cuba, broadcasting his controversial ideas about right-wing terrorism and the American embargo over radio and television and in his own magazine, Replica, Lesnik himself quickly became a victim of this terrorism. His magazine office was bombed 11 times and his family lived in fear. This eye-opening documentary illustrates Lesnik's fight that never wavered-in spite of the danger that loomed all his life. For history buffs of any bent-those interested in Cuba's history or the history of Cuban-American relations, from covert actions of the CIA to U.S. foreign relations after the fall of communism worldwide-Weisman leads us on a fascinating study of the life of her powerful and unforgettable father.