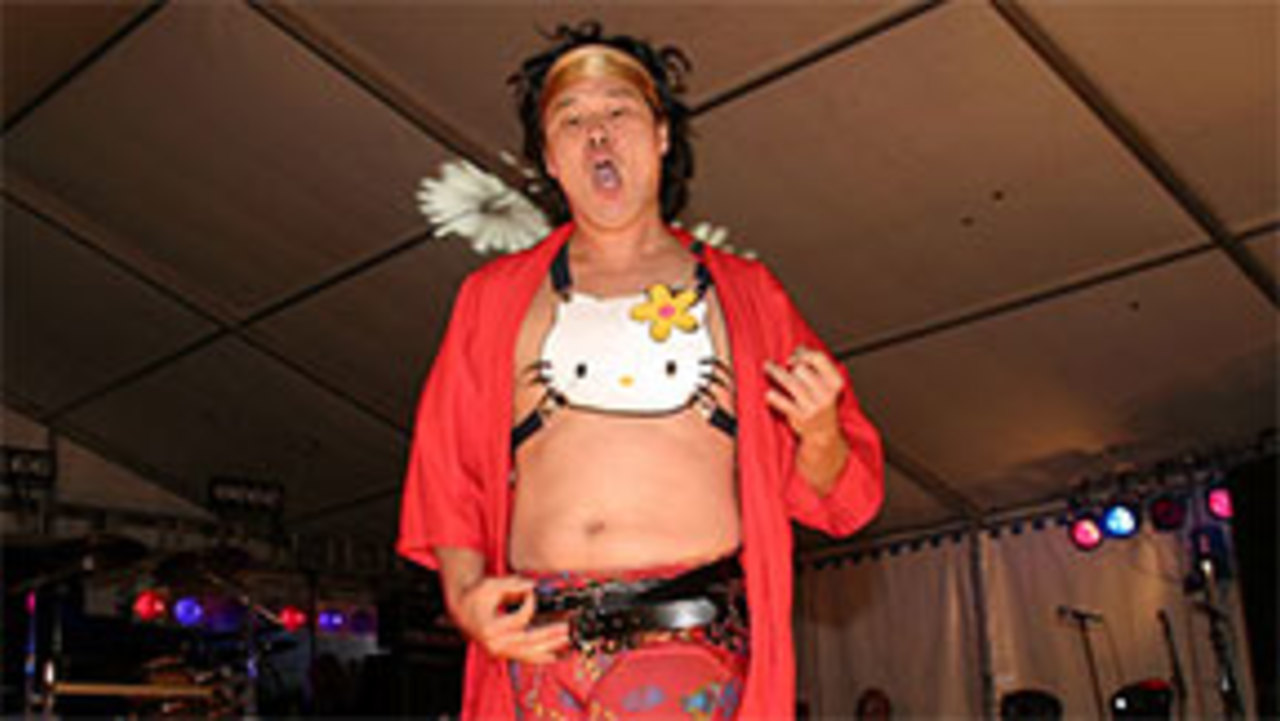 Fueled by pure rock energy, this documentary chronicles the birth of the U.S. Air Guitar Championship and investigates the passions that drive its participants all the way to the world competition. No longer a mere bedroom pastime, air guitar is now recognized as a force with universal appeal. Oulu, Finland, has hosted the Air Guitar World Championship for years, but remarkably, as late as 2002, the United States had yet to be represented. After the sold-out success of the inaugural stateside tournament held at the Pussycat Lounge in Tribeca, it became clear that America had been hungering to stand up and take its turn on the international stage. Filmmaker Alexandra Lipsitz captures the electricity of that initial event, and goes on to track the intense rivalries that develop in further rounds as contestants vie to become the country's first ambassador of air. C-Diddy, Bjorn Turoque, and Krye Tuff are only a few of the players who set out to become legends. Of course the question remains, once in Finland, will the unproven United States be able to hold its own? Those who blithely mock air guitar as a competitive event have yet to experience its power. Contestants are judged on their technical accuracy, stage presence, and "airness", a zen-like state that transcends all else. Lipsitz's high-energy film bears witness to the air guitar phenomenon and proves that though the instruments may be invisible, the rock is real. For anyone who has ever had rock star fantasies or dreamed of taking their fake strums all the way to the top, this film is for you.

Air Guitar Nation is director Alexandra Lipsitz's first feature documentary. In the 1980's, she worked with Andzje Kostenko and the BBC on documentaries in Poland. In addition to her film experience, she also worked for several American circuses, and traveled the seas of South East Asia, working as crew on a sailboat. She later returned to film, assisting Ondi Timoner on two documentary projects. Lipsitz also helped produce hours of fascinating television for the reality competition series, Project Greenlight and Project Runway. Lipsitz is from New York City.