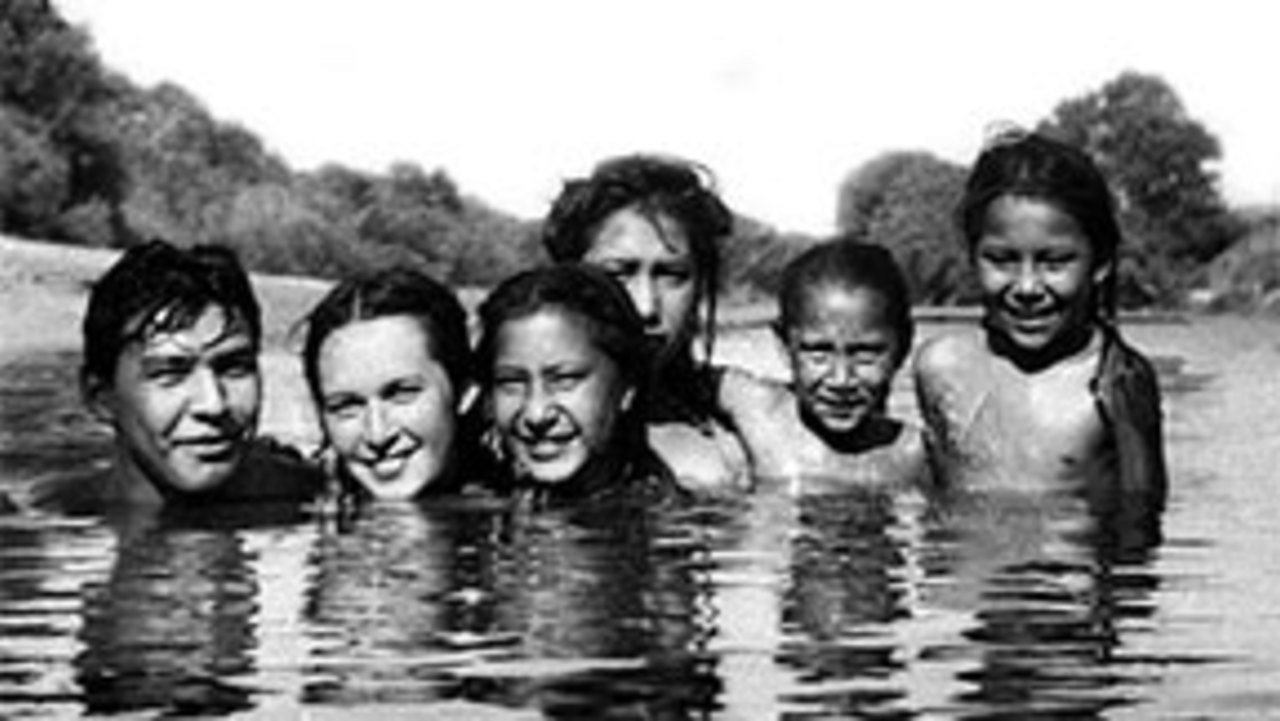 In Waterbuster, old wounds are reopened when director J. Carlos Peinado revisits the upper Missouri River basin in North Dakota in order to come to grips with the death of his grandmother. There he investigates how the massive post-war Garrison Dam project laid waste to an idyllic, self-sufficient Native American community, flooding 156,000 acres of their land. Through the use of interviews and some amazing 8 mm and 16 mm period footage, we are transported back in time to the Fort Berthold Reservation town of Elbowoods, where members of the Mandan-Hidatsa-Arikara Nation lived their lives in relative peace and prosperity. But all that changed when the U.S. Army Corps of Engineers proposed to Congress that the Missouri River be harnessed for flood control, irrigation, hydroelectric power, and barge traffic through the construction of six enormous dams from South Dakota to Montana. The Garrison Dam was the largest of the six, and it displaced nearly 4,000 people from the reservation, forever depriving them of ties to their ancestral land, culture, and identity. To add insult to injury, the displaced people then discover that the Army Corps was never interested in upholding their promise of returning 1 million acres of irrigated land to local residents. Rather, the entire dam project was undertaken to benefit those living downstream, with flood control and barge traffic the main concerns. The consequences of this policy were disastrous for the three tribes, whose members found themselves scattered throughout the American West, with no more roots from which to derive strength. Copresented by the National Museum of the American Indian.