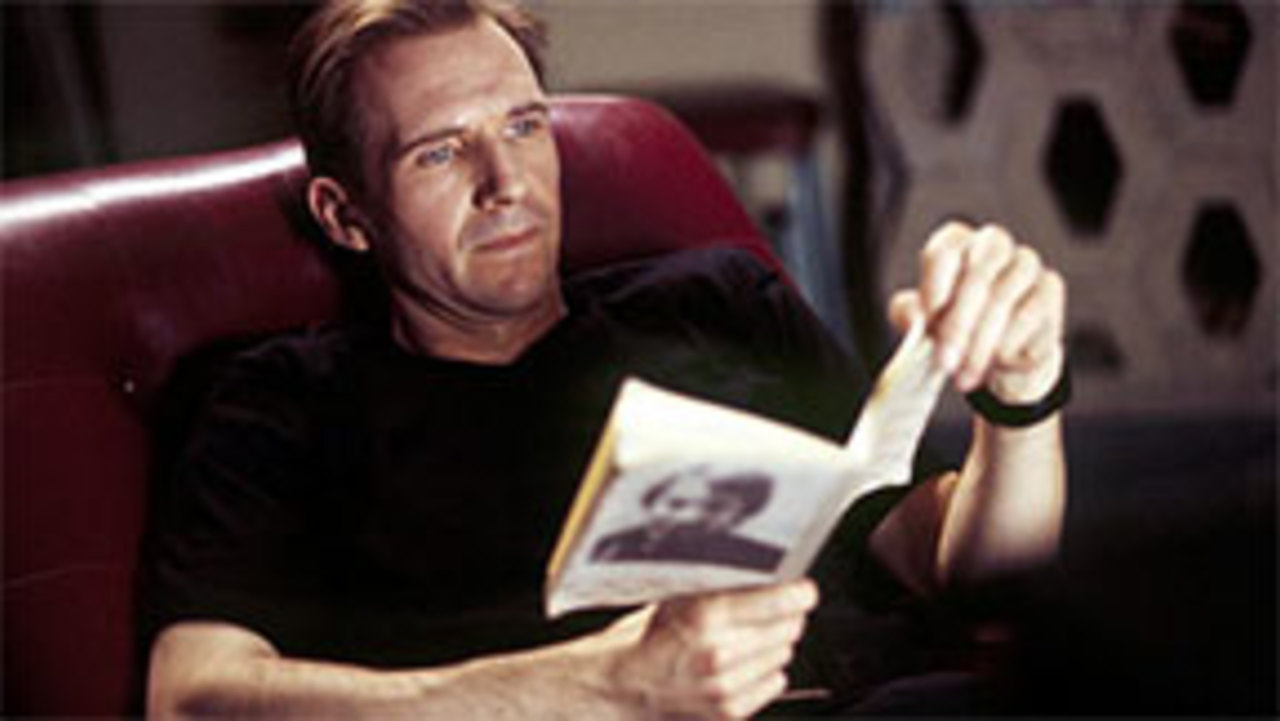 LAND OF THE BLIND

A tyrannical monarch who represses free speech and thinks little of his citizenry is ultimately overthrown by a radical rebellion that promises to return power to the people. However, in this postrevolutionary world, do the new leaders create a better society or do they simply become just like those they replaced? History shows that we could be describing any number of events: the Bolshevik Revolution and the formation of the Soviet Union; the rise of the Nazis in Germany; Castro's overthrow of Batista in Cuba; the Ayatollah Khomeini's overthrow of the Shah of Iran; and the advent of the Taliban in Afghanistan. Each of these major geopolitical and social earthquakes took shape thanks to nationalistic movements growing out of the depths of oppression. Similar events create the backdrop for first-time feature writer/director Robert Edwards' startling political satire Land of the Blind, in which Ralph Fiennes plays a soldier who begins questioning his government after he befriends a political prisoner (Donald Sutherland). When the soldier helps the dissident overthrow the government, he soon discovers the truth in the old dictum: absolute power does, in fact, corrupt absolutely. Land of the Blind takes place in an unnamed country during an unspecific time period, but its all too timely look at terrorism and revolution-encapsulated within the framework of a memory play-will seem eerily familiar to most. Edwards has created a stylish and complex drama that captivates from its opening moments and keeps its audience thinking long after the credits roll.

Robert Edwards attended Stanford University's graduate program in documentary film. His 2001 short The Voice of the Prophet was shown at the Sundance Film Festival, the Toronto International Film Festival, the Human Rights Watch International Film Festival, and on television around the world. His script for Land of the Blind won a Nicholl Fellowship in Screenwriting from the Academy of Motion Picture Arts and Sciences. In 2003, Edwards produced and edited Sumo East and West, which was screened at TFF 2004 and also aired on PBS. Edwards is currently adapting The Bomb in My Garden for Warner Bros., and his screenplay Trust is scheduled to begin shooting this summer.