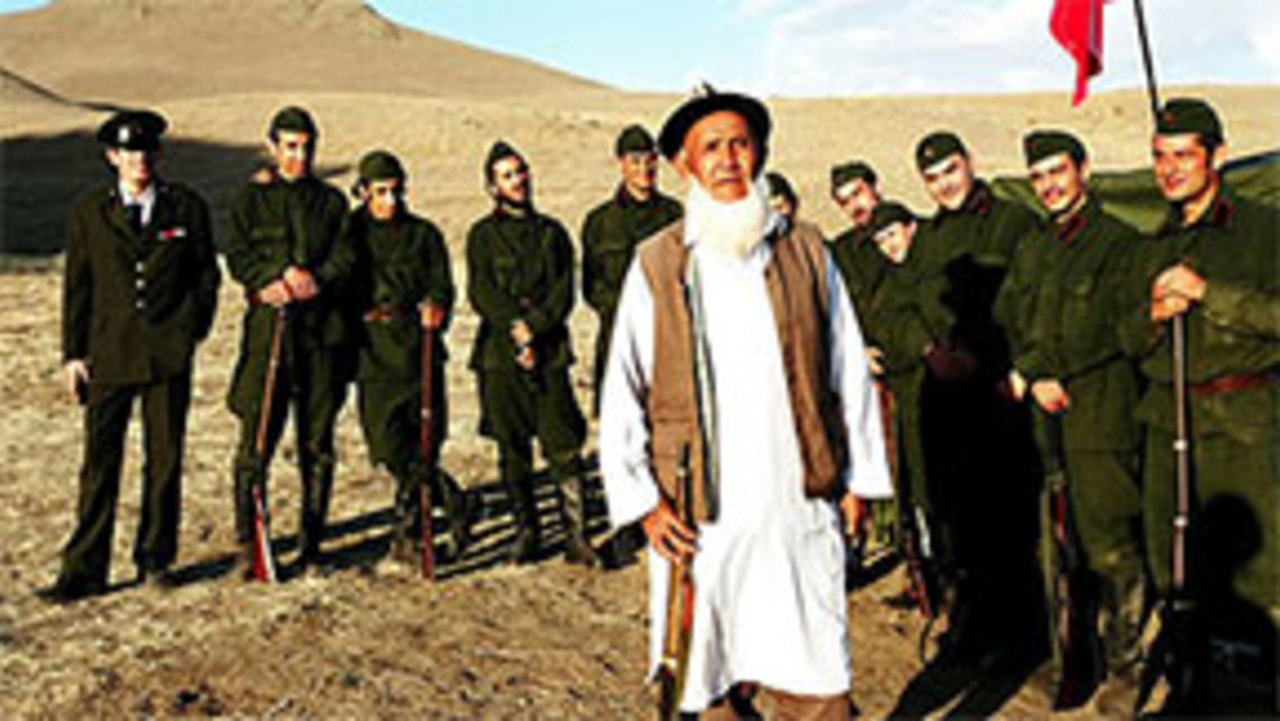 37 USES FOR A DEAD SHEEP

Although this ethnographic documentary about the migratory struggles of the Pamir Kirghiz people does briefly rattle off 37 uses for a dead sheep, the playful title deliberately underscores the serious geopolitical overtones of the film. Director Ben Hopkins tastefully blends reenactments shot on 16 mm and Super-8 film with interviews to tell the history of how these stoic people abandoned their seminomadic existence in the Pamir mountains of Tajikistan for a comfortable life in a Turkish town filled with fixed stone houses. In most cases, Communist oppression of both the Soviet and Maoist varieties was what forced the Pamir Kirghiz to migrate five times: first from Central Asia to China, then from Tajikistan to Pakistan, and finally to Turkey. In this collaboration between subject and filmmaker, Hopkins uses Kirghiz people, several of whom endured all five migrations, to reenact the dramatic journey from the freezing Tajikistan mountains-with altitudes of 4,000 meters-to Pakistan. After four years they were finally offered land in Ulupamir in eastern Turkey thanks to Rahman Qul, their last leader, whose efforts to keep his community together would have made even Moses proud. Now comfortably settled, the tribe's scars seem to be healing nicely, perhaps too nicely. For the most part, the tribe's younger generation is ready to move on and forget their heritage. One white-bearded man comments that all the young people do is sit in front of the television and go to Istanbul. But, as he shrugs and says, "that doesn't bother me." And given the many physical and emotional hardships that his generation had to endure, it is easy to see why it wouldn't.

Originally born in Hong Kong in 1969, British filmmaker Ben Hopkins studied at Oxford University and in Edinburgh, where he directed his first stage productions. While studying at the Royal College of Art in London from 1989 to 1995, he made several short films, some of which won awards. His first feature film was Simon Magus (1998), which received critical acclaim in England and beyond. 37 Uses for a Dead Sheep, which Hopkins also wrote and coproduced, marks his second foray into documentary filmmaking. The film has already garnered press, having recently won the 2006 Caligari Film Award at the Berlin Film Festival.