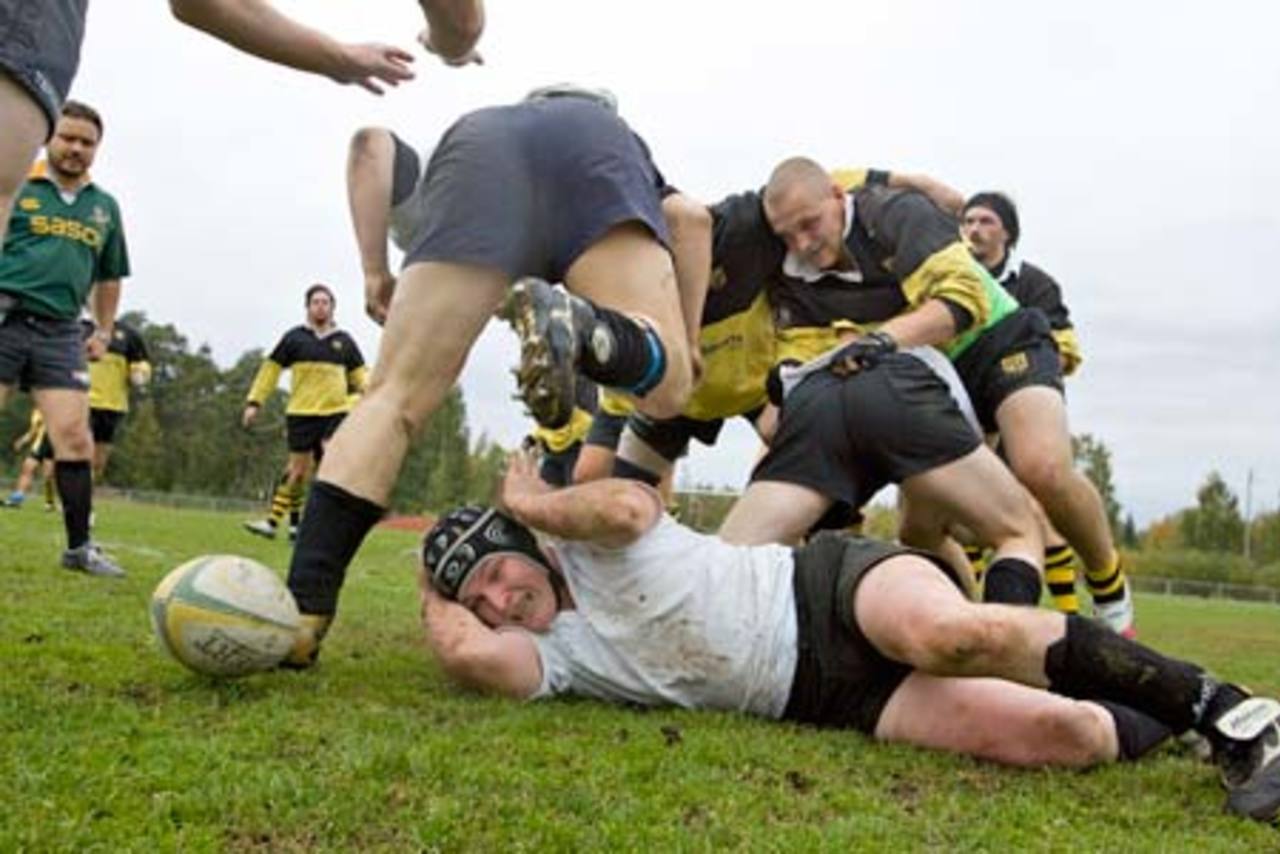 Matti and Mikko play for Finland's worst amateur rugby team. Overworked and domesticated, the two men long for a space to revel in their masculinity and bond with other men. While weekend rugby allows them to indulge in a communal fantasy of virility, between practices the teammates struggle with their more real and often emasculating day-to-day concerns: Mikko buys a new house, Matti's girlfriend pressures him for commitment, and a drive for new members draws interest only from a young Spanish woman whose attempts to carve out a place for herself on the team change the group's homosocial dynamic in unexpected ways.

Director Mika Ronkainen's smart editing places the teammates' delusions of manliness in stark and comic contrast to their mundane lives and conspicuously subpar athleticism. By underlining the humor in this juxtaposition of exaggerated machismo and banal reality, Ronkainen presents his heroes as effortlessly charming even as they're peacocking. Freetime Machos follows Matti, Mikko, and their teammates over the course of one season, on a quest to secure just a single win, crafting a gentle, genuine, and disarmingly funny love story of modern male friendship.