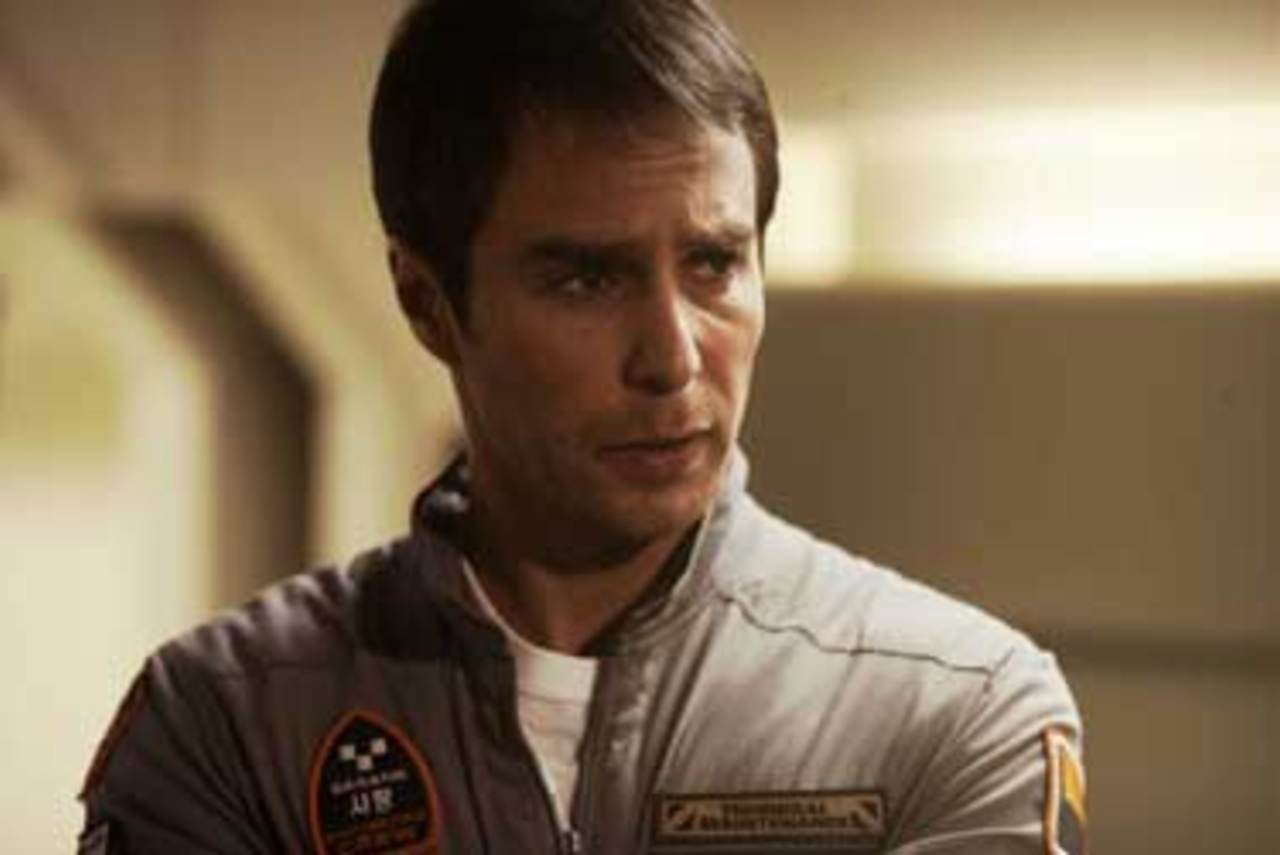 Sam Bell (Sam Rockwell) is the lone astronaut stationed at a Helium-mining moon base that has been his home for almost three years. But Sam's contract with Lunar Industries is almost up, and soon he will be able to reunite on Earth with his wife and three-year-old daughter, who he has only been able to communicate with through taped messages. The closest thing he gets to interaction is with "Gerty," (voiced by Kevin Spacey) the base's computer. Suddenly Sam begins to experience painful headaches and hallucinations that lead him to crash his lunar rover. When he wakes up, he meets a younger, angrier version of himself who claims to be fulfilling the same three-year contract Sam had started years before. Confused, Sam must unravel the mystery of his real role—and that of this new man, seemingly a clone—at Lunar Industries.

Moon is a unique character study set in a science-fiction thriller. In his feature debut, director Duncan Jones superbly handles the intimacy of the film, set in one place with essentially one character. This claustrophobic setting, along with Sam Rockwell's engaging performance, enhances the mysterious aura of the film. Rockwell brings subtle intricacies to both characters he plays—they're obvious opposites, sure, but Rockwell subtly exposes their similarities. A Sony Pictures Classics presentation.

Duncan Jones makes his feature directorial debut with Moon. He started out working for director Tony Scott. After a stint in computer games, Duncan created the CG/live action commercial Blade Jogger, which won a top award at the UK's Kodak Student Commercial Competition, and his short film Whistle, which has screened at festivals around the world. He then established a notorious reputation for controversial fare in the advertising arena. In 2005, Duncan founded Liberty Films with producer Stuart Fenegan to produce feature films and commercials. Duncan is currently writing and developing his next feature, Mute, with support from The UK Film Council.
Primary Cast
Sam Rockwell, Kevin Spacey as the voice of “Gerty”
Producers
Stuart Fenegan, Trudie Styler
Screenwriter
Nathan Parker
Director
Duncan Jones