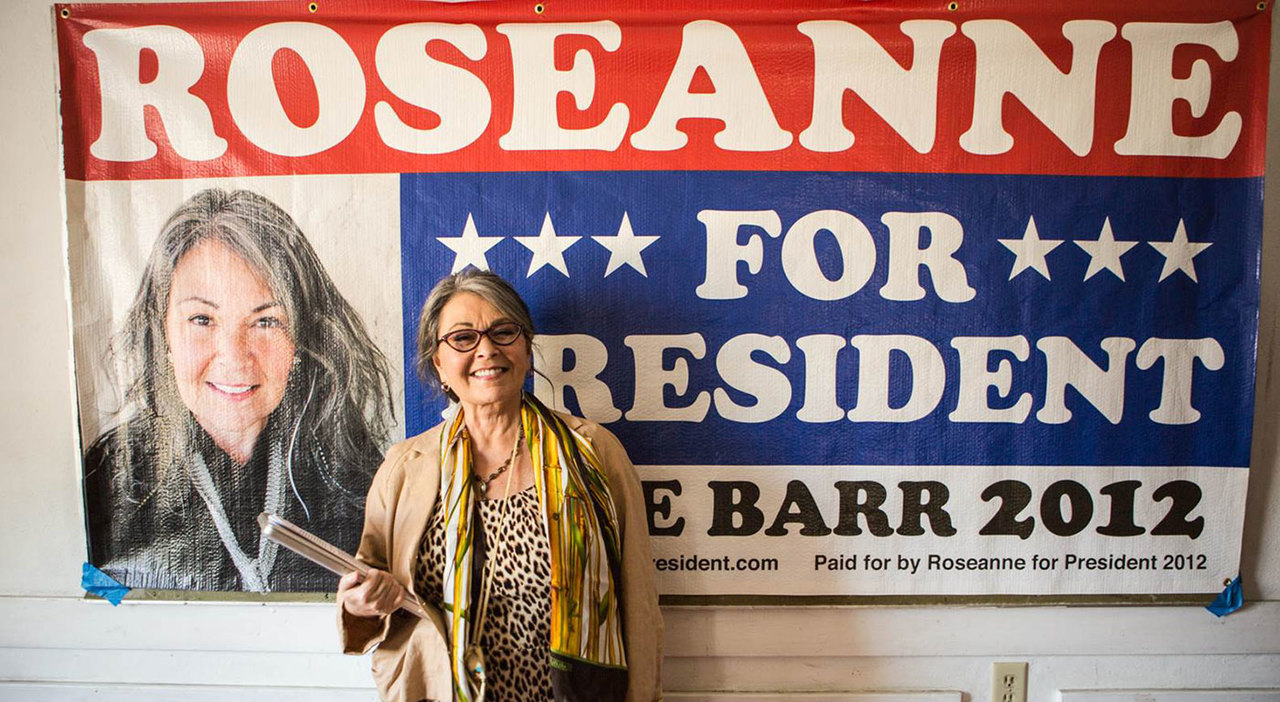 Comedy, Documentary
Twenty-five years after Roseanne Barr’s groundbreaking number-one sitcom, Roseanne for President tells the tale of her 2012 grassroots campaign for President of the United States. While Roseanne may have revolutionized the way Americans talked about family, class, race, gender, and gay rights, this campaign trail adventure is a personal account of Roseanne’s thoughts on these subjects—and others, as we have never heard them before. What seems at first like a political profile quickly becomes a humorous and sentimental picture of an icon. This surprising journey uncovers raw and revealing moments from Roseanne’s private world, while juxtaposing her current influence as a politician with her role as a comedy leader in the '90s. Featuring Michael Moore, Sandra Bernhard, and Rosie O’Donnell, as well as Roseanne’s mother and family members, this doc is a closer look at a public figure that goes far beyond what we think we already know. —Deborah Rudolph