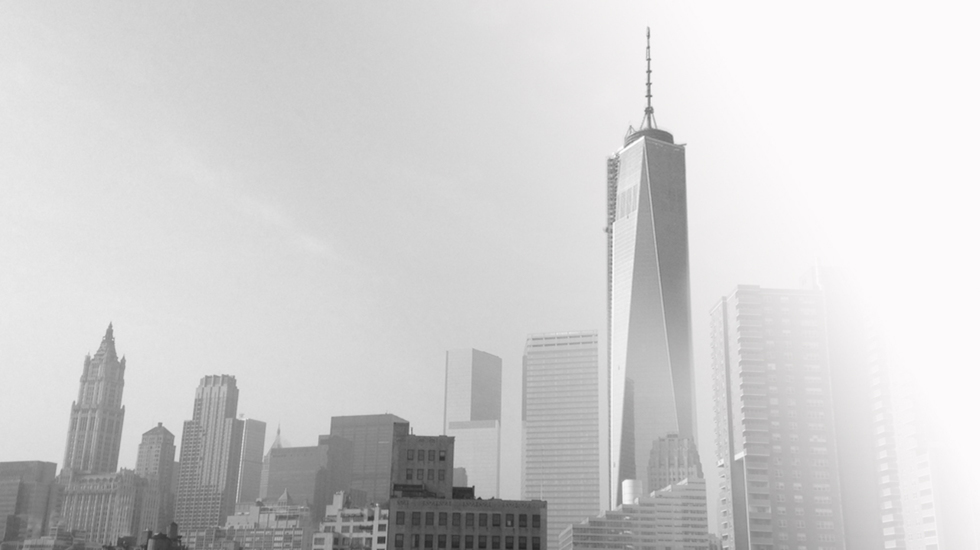 The last time I was home, I did the Tunnel to Towers run. I remember jogging slowly out of the crowded, dank tunnel and looking up at the Freedom Tower, two-thirds full of glass, gleaming against a bright blue sky. The air was calm and cool. The whole thing felt over. Finished.

“Wow, look at all the flags,” I said to my dad as I looked out the window of his truck, watching the suburbs of Queens go by in brilliant red white and blue. We were driving home from LaGuardia airport. I just finished basic training. It was September, 2001.

“Son, everything is different now.”

The first time I came back to New York my dad took me to Ground Zero. He insisted. It was a week after the attacks. He worked for the New York City Fire Department and I was the Army’s newest infantryman, so to him, it was a necessary pilgrimage. He wanted me to know. He took me to Engine 10 Ladder 10 across the street. Firefighters twice my age shook my hand and asked me if I was ready. I said yes.

I know I saw the rubble and carnage, but the only thing I can remember from that day are the boxes and boxes of drinks, energy bars, and packaged goods stacked inside the firehouse - all donated by companies and people who wanted to do something - anything. I’ve racked my brain for years trying to remember what else I saw, but I can only remember all that bright, shrink-wrapped packaging.

The world was hitting me faster than I knew how to process it. Both of my grandfathers passed away while I was in basic training and my parents waited until I got home to tell me. They didn’t want to distract me.

I joined the Army earlier that year, in April, when the thought of going to actual war was only a fantasy. Now, suddenly, I was nineteen and trying to come to terms with the rest of my life.

When I got to Fort Bragg a few days later, I saw this little cartoon printed on a scrap of paper taped to the cage where I drew my rifle. It was of a large, noble soldier taking the American flag from a New York City Firefighter knee-deep in the rubble. The caption said, “I’ll take it from here.” “Yeah,” I thought, “That’s me.”

I told my platoon-mates about New York. I was The New Yorker. I told them about the time my parents took me to the top of the World Trade Center and how I pressed my face and hands against the thick glass, looking down at the city, afraid that I might fall through. How as a teenager I used to get off at West 4th Street and look for the Twin Towers to lead me to Chinatown. Or about how in January 2000 I convinced my then girlfriend - now wife - not to wait in the long line to go to the top, that we’d go some other time.

I told them how amazing New York is and that they really should visit when they get the chance. I felt a special responsibility to communicate to them how terrible the whole thing was for New York. I was worried that they wouldn’t understand. I didn’t want our mission to be this abstract thing to them.

We trained for the war in Afghanistan but my unit didn’t go. I wouldn’t be the guy in the cartoon.

In November, 2002 I returned to New York for a long weekend. A friend was getting married, and the reception was in a swanky place downtown. I partied hard and stayed in a hotel close to Ground Zero. The next morning, hungover, and still in my dress uniform, wrinkled and loose, I walked briskly in the cold air past the site to meet some friends on the other side. I looked like shit, but was confident no one in the area knew anything about Army uniform regulations. Tourists were everywhere, gazing into the large holes, snapping pictures of the holes, and then of me, making a connection. I felt angry and walked faster, refusing to look at them or the holes.

A few months later I fought in the invasion of Iraq. I wrote love letters home for a year about how all I wanted was to get out of the Army and go back to New York and be a cop.

I fantasized about New York for years until I finally got out of the Army and came home for school. New York did not disappoint.

In college, I organized a fundraising walk for veterans from City College in Harlem to Battery Park. We stopped at sites of military significance, like the 42nd Street Recruiting Station and the Lexington Avenue Armory. We didn’t stop at Ground Zero, but mentioned it as we passed by.

I left New York for London for graduate school. I drank a beer quietly in a pub when they killed Osama bin Laden.

I finished school and came back to New York, just in time for the ten year anniversary. That’s when I did the Tunnel to Towers run. A few weeks later I left again to rejoin the Army. I decided to become an officer. I’m already planning my next trip home and I can’t wait. I miss New York and want to enjoy it. I don’t plan on stopping at Ground Zero, but I might pass by and look up at the completed Freedom Tower. Or maybe I’ll just slow down a bit, and take a quick look around.

Don Gomez is a New Yorker and Army officer. He blogs at Carrying the Gun.