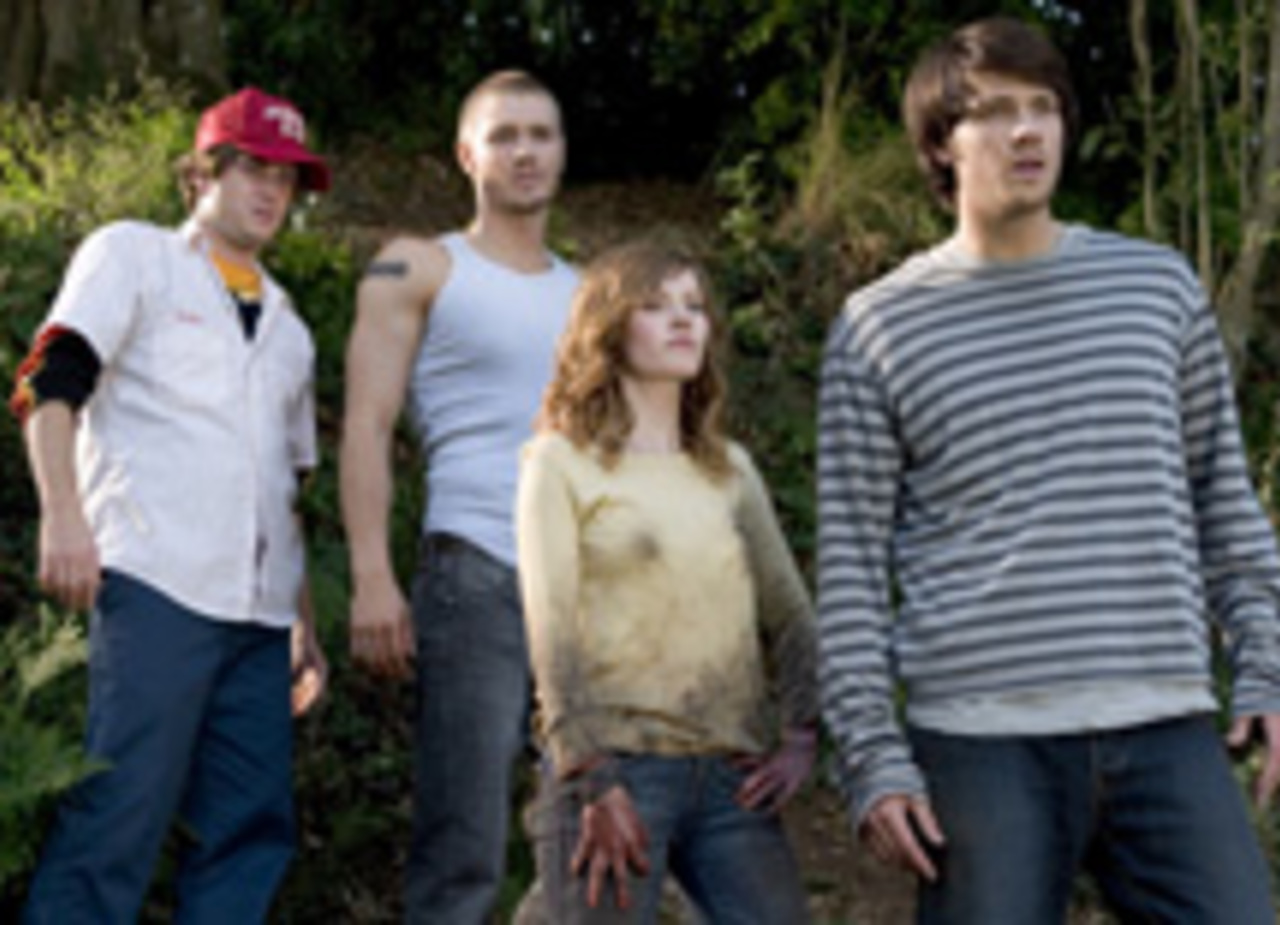 What begins as a weekend getaway for six friends becomes a terrifying fight for their lives in House of Wax, an exciting re-imagining of the 1953 horror classic from Dark Castle Entertainment and producers Joel Silver and Robert Zemeckis. A road trip to the biggest college football championship of the year takes a turn for the worse for Carly (Elisha Cuthbert), Paige (Paris Hilton) and their friends when they decide to camp out for the night before heading to the game. A confrontation with a mysterious trucker at the camp site leaves everyone unsettled, and Carly has her hands full trying to keep the peace between her boyfriend Wade (Jared Padalecki) and her hot-headed brother Nick (Chad Michael Murray). They wake up the next morning to find that their car has been deliberately tampered with. At the risk of being stranded, they accept a local's invitation for a ride into Ambrose, the only town for miles. Once there, they are drawn to Ambrose's main attraction-Trudy's House of Wax, which is filled with remarkably life-like wax sculptures. But as they soon discover, there is a shocking reason the exhibits look so real. As the friends uncover the town's dark secrets, they are stalked by a demented killer and find themselves in a bloody battle for survival. The group must find a way out of Ambrose-or become permanent additions to the House of Wax.