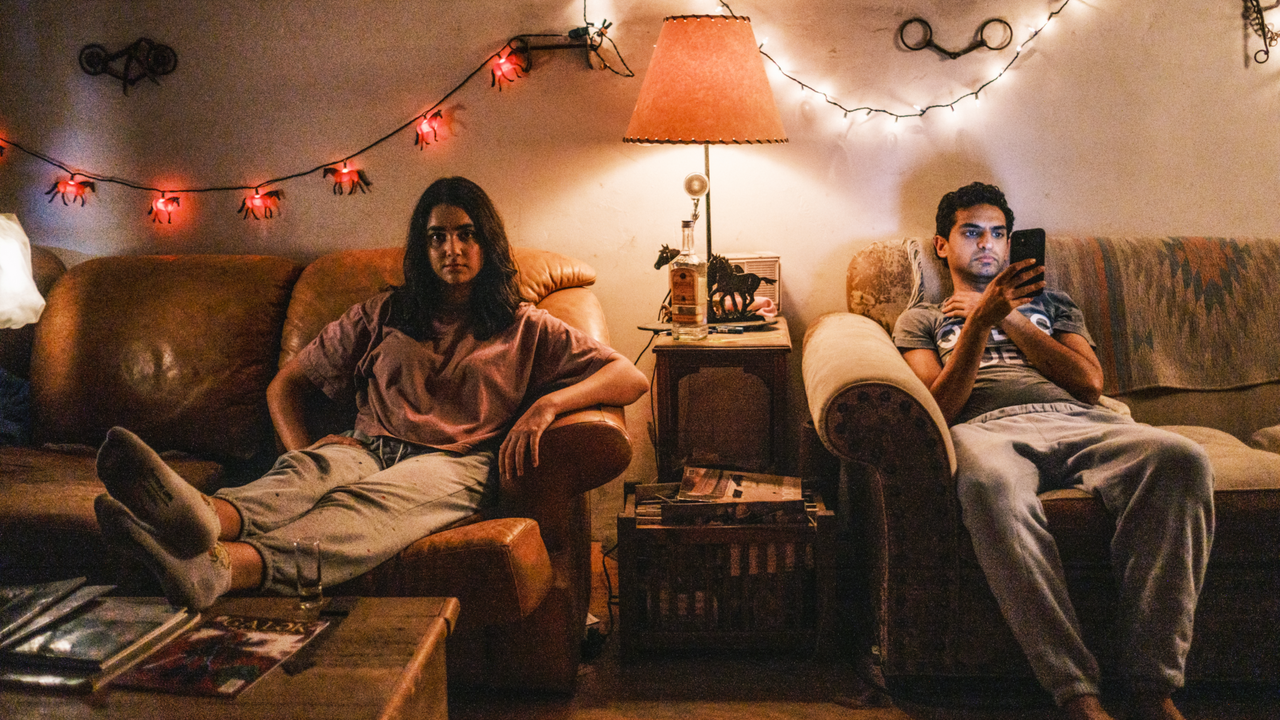 Set up on a pre-arranged date by their old-fashioned Indian parents, Ravi (Karan Soni) and Rita (Geraldine Viswanathan) seemingly have nothing in common, making for an afternoon that, while pleasant enough, couldn’t be any more awkward. He’s conservative and clearly nervous, while she’s doing her best to politely keep on smiling. But then the unthinkable happens: As the COVID outbreak intensifies, the shelter-in-place mandate is issued, forcing Ravi to spend the night at Rita’s place. Before long, he sees that she’s not the straightlaced girl she initially pretended to be—for starters, she’s quick to pound a beer for breakfast. As their time stuck together stretches towards a full week, though, Ravi and Rita develop an unlikely bond, and in the face of a heartbreaking turn of events, that bond grows into something stronger.

7 Days is a delightful rom-com that doubles as a showcase for its two stars, Soni and Viswanathan, both of whom carry this two-hander with natural charm and easygoing chemistry, and a culturally specific spin on its genre’s familiar tropes. Optimistic and full of heart, director/co-writer Roshan Sethi’s debut captures love in the time of COVID and will leave you on a feel-good high. —Matt Barone

Roshan Sethi is a physician and screenwriter working at the Dana Farber Cancer Institute. He began writing as a student at Harvard Medical School and co-created Fox's The Resident while finishing his residency. He co-wrote (with Hayley Schore) both a miniseries on Sally Ride for Sony and a film titled Call Jane with Elizabeth Banks that’s currently shooting.