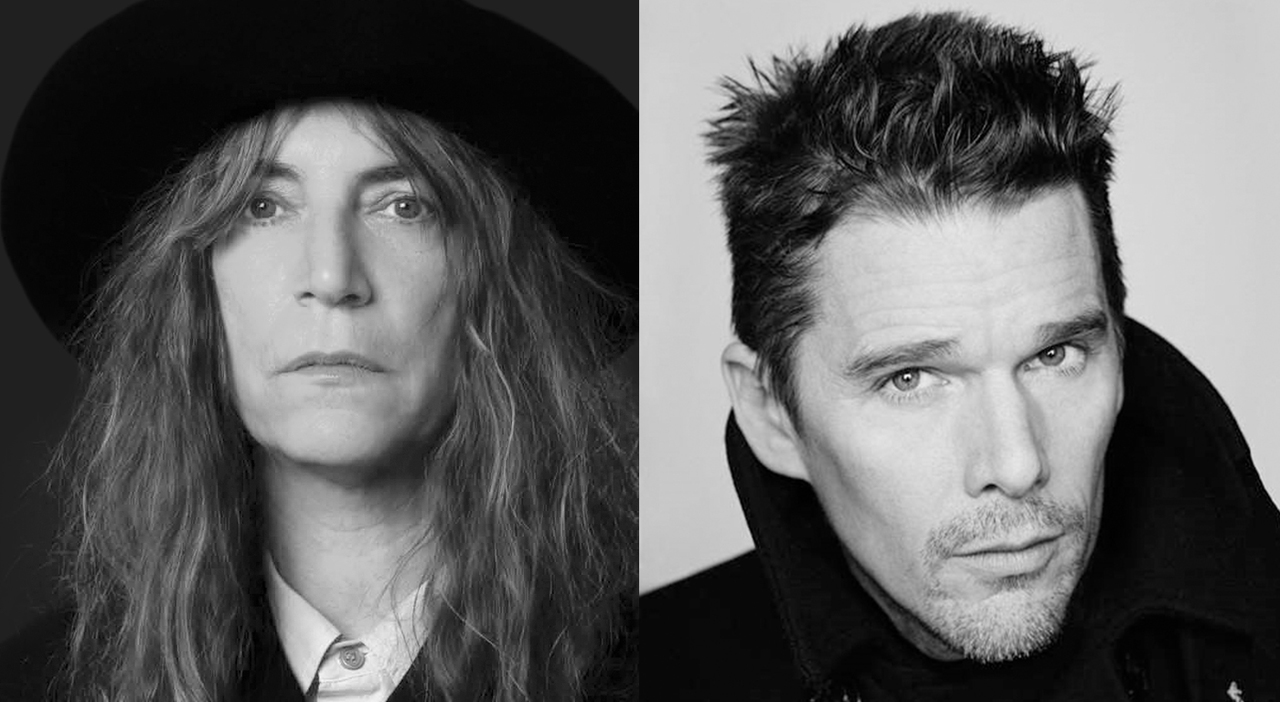 From music icon to novelist, Patti Smith has been ahead of the curve and never afraid to pull punches. She will converse with Ethan Hawke on her career and force field of creativity.

Patti Smith
Patti Smith is a writer, performer, and visual artist. She gained recognition in the 1970s for her revolutionary merging of poetry and rock. She has recorded twelve albums, including 'Horses', which has been hailed as one of the top one hundred debut albums of all time by Rolling Stone. Her acclaimed memoir, Just Kids, chronicling her relationship with artist Robert Mapplethorpe, was awarded the 2010 National Book Award. Her books include Witt, Babel, Coral Sea, Woolgathering, Auguries of Innocence and the recent M Train. The French Ministry of Culture awarded Smith the prestigious title of Commandeur des Arts et des Lettres, the highest honor awarded to an artist by the French Republic. She was inducted into the Rock and Roll Hall of Fame in 2007.