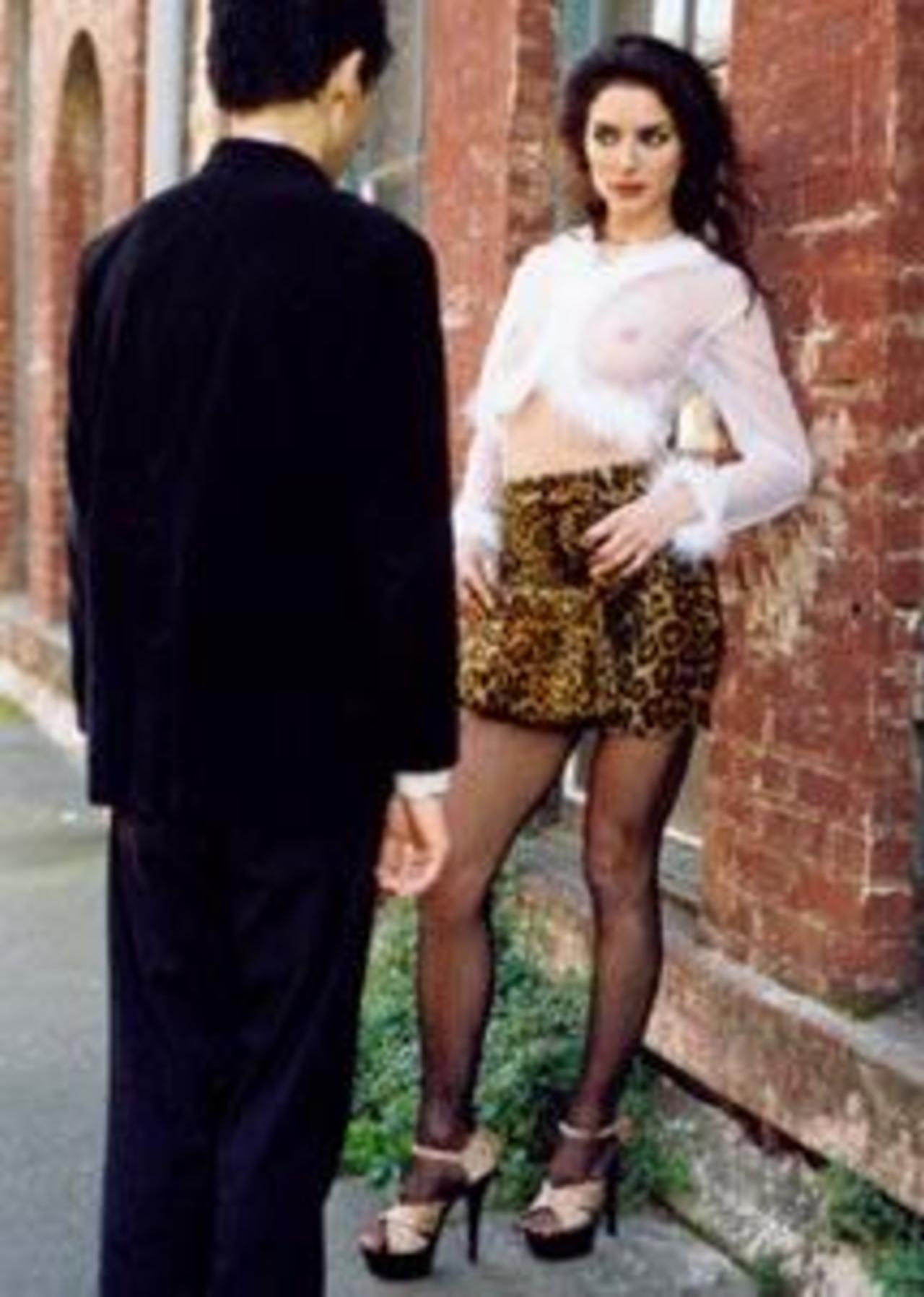 I AM A SEX ADDICT

Taking over from Woody Allen as cinema's resident neurotic narcissist, Caveh Zahedi turns self-confession into high art with this Brechtian troll through his own sexual obsessions. Zahedi plays "Caveh Zahedi," a not-so-successful filmmaker whose major relationships have been derailed by his attraction to prostitutes, and, more to the point, a belief that his girlfriends won't mind such affairs. Framed as a wedding-day confessional by "Caveh" (shot during Zahedi's real-life wedding), the film chronicles our hero's five main loves: his three girlfriends, his sex addiction, and himself, above all. In Paris "Caveh" is living with a high-strung French woman when a chance encounter with streetwalkers awakens his first illicit desires. In Los Angeles his long-term affair with a stable, caring woman seems to be working, until his desires return in ever stronger (and, this being California, more car-oriented) forms. Even an encounter with a seemingly supportive woman results in disaster, as "Caveh" remains unable to break free of his sex addiction, or his desire to inform his lovers of it. Zahedi insists that I Am a Sex Addict is entirely autobiographical; his decision to play himself, and re-enact key moments of his own life, layers fact into fiction in a way reminiscent of the works of a Makhmalbaf or Kiarostami, though with a Seinfeld-like persona. Drolly painting a portrait of a man whose guilt complex needs to be massaged as frequently as his penis, I Am a Sex Addict is uncomfortably frank, and frequently hilarious, as it lays bare the secret neuroses of the male ego.