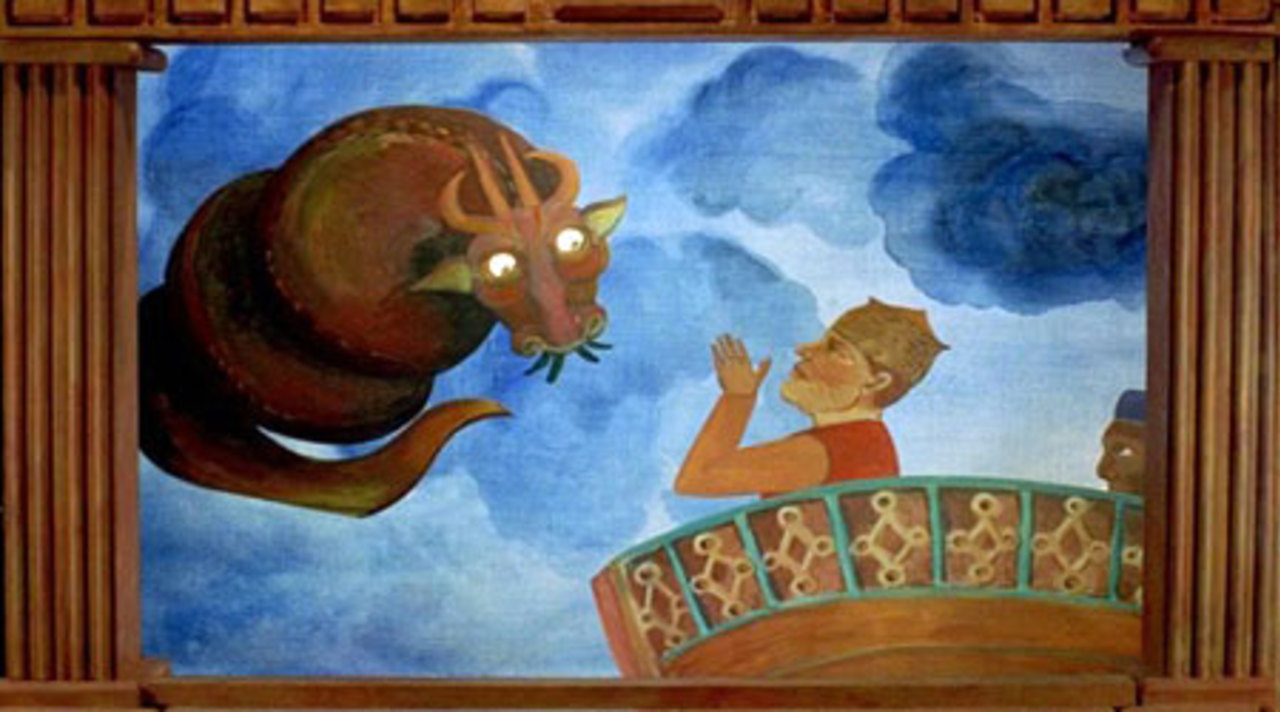 A GUEST OF LIFE

Cut-out animation and gorgeous landscape footage anchor this fascinating experimental documentary on Buddhism, Tibet and the lure of travel, based on the true-life tales (and some related fables) of a 19th-century Hungarian. A scholar of the Orient and fluent in thirteen languages, Alexander Csoma de Körös set out on foot from his native country in 1819 in search of the origins of Magyar culture. His destination: Tibet, via Iran, Afghanistan and India. Settling with monks in the Tibetan mountains, he discovered Buddhist scriptures and set about translating them, later creating a 40,000 word Tibetan dictionary that further exposed that culture to the wider world. The Dalai Lama named him a saint; his tomb, at the foothills of the Himalayas, is a place of pilgrimage. A veteran of the influential Béla Balázs Studio in Budapest, the great Hungarian composer Tibor Szemzö returns to his filmmaking roots with this delicate study of Csoma's travels and tales. Befitting his roots at the experimental-leaning Balázs studio, Szemzö delivers no ordinary documentary, but a wide-ranging examination of story-telling, rootlessness, and the human desire for exploration. Narrated in English by Susannah York, A Guest of Life merges journal entries with tall tales, and sepia-toned footage of the Tibetan landscape with brilliant cut-out animation, inspired by both Asian shadow-puppet theater and Central European stop-motion work. A visual poem more than a straightforward documentary, the film won the Director's Prize for Visual Expression at the 2006 Hungarian Filmweek, and earned a special mention at the 2006 Locarno International Film Festival.