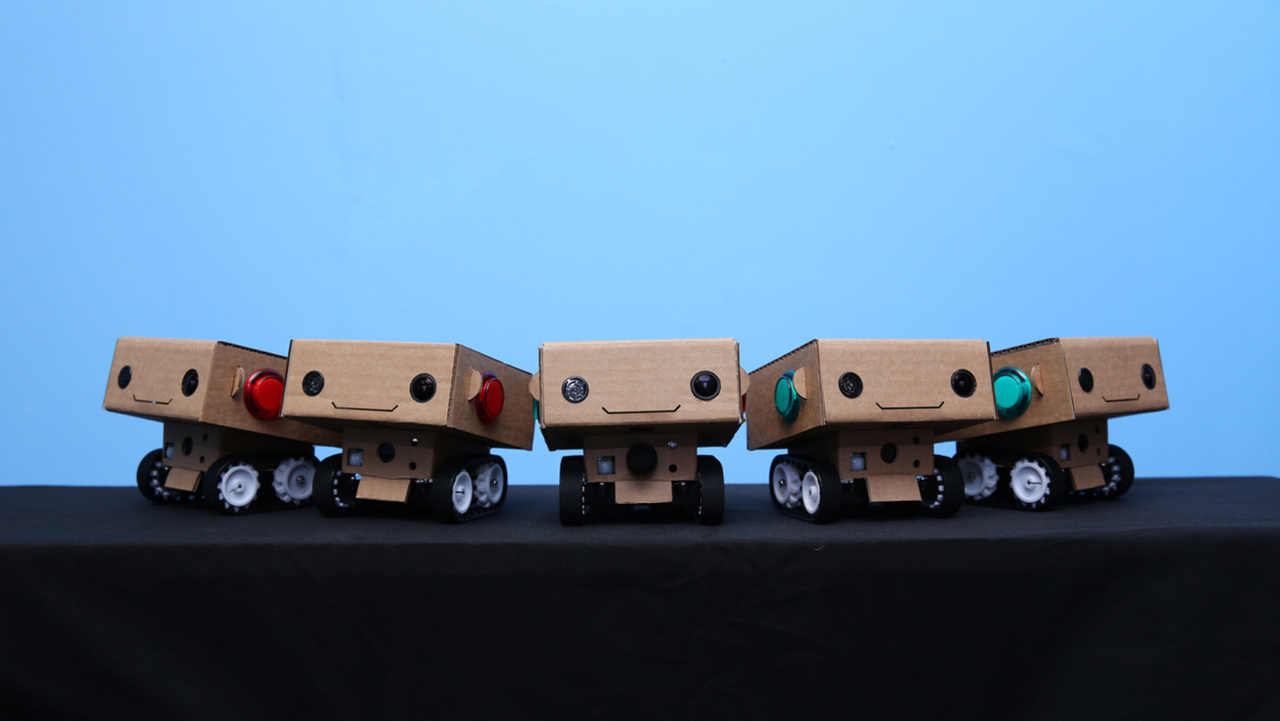 Transmedia
What kind of documentary would a robot make? In Robots in Residence, originally commissioned by IDFA DocLab, pre-programmed robots collaborate with festival audiences to make a film during the festival itself. Through this unexpected, futuristic twist on the creative process, robot artist Alexander Reben and filmmaker Brent Hoff examine how people open up to artificial intelligence. The robots are specifically designed to make people trust them, and the results are often hilarious and surprising.
Robots in Residence creates fascinating space for stories to exist as both hardware and software in the digital age. The robots may look cute, but they know what they are doing as they get you to answer questions about your life. Take the robots for a walk around the streets of Manhattan and find out what secrets they will get you to share. Will your interview make the cut for the final film?
—Ingrid Kopp
Join us for a special short film screening of the Robots in Residence interviews captured at the Festival. This presentation will take place at the Bombay Sapphire House of Imagination on Sunday, April 21st at 5pm. Click below to RSVP. All guests must be 21 and over.

BRENT HOFF, named by Filmmaker Magazine as one of the "25 New Faces of Independent Film," recently received a Tribeca Film Institute® Sloan Grant for his feature script El Diablo Rojo. ALEXANDER REBEN’s work in robotics, interaction and tangible design has been shown at Ars Electronica, IDFA, EYEBEAM, The Whitney Biennial and more.