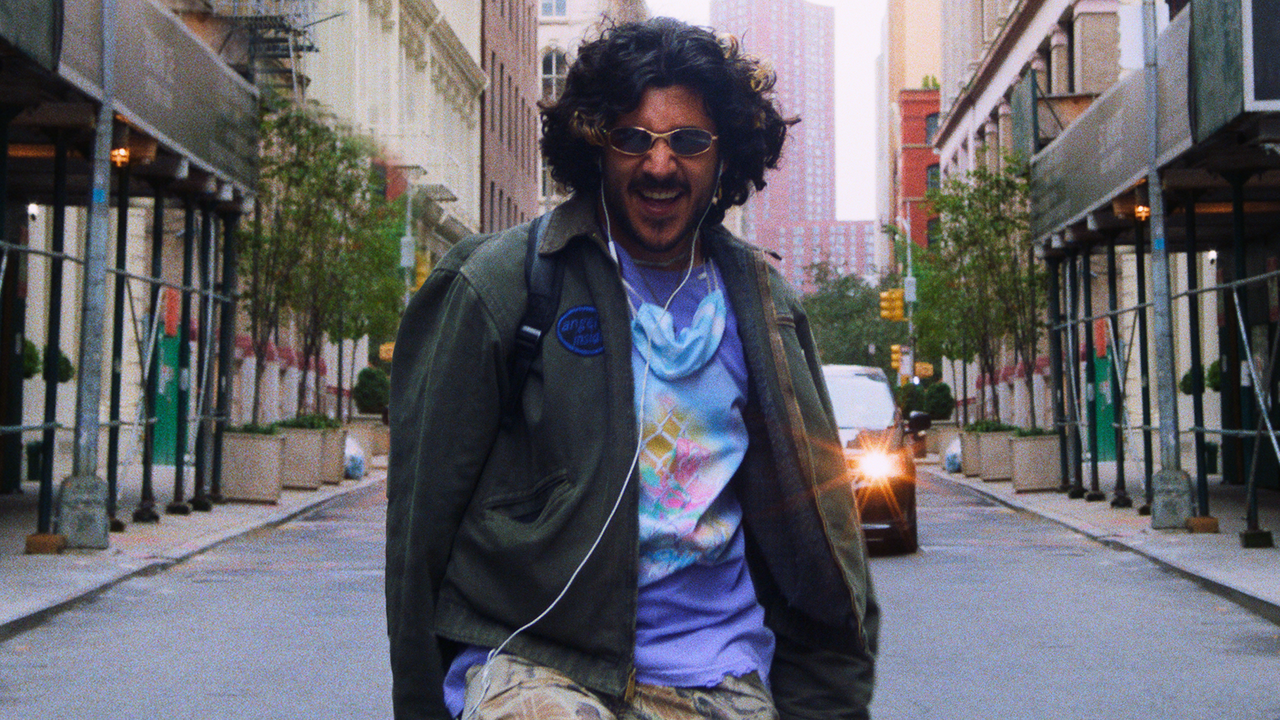 Actors, best friends, and fellow recovering addicts, Dev (Ben Groh) and Luca (Dion Costelloe), find their bromance tested on a COVID-era New York City odyssey as they race across town to prevent Regina (Liz Caribel Sierra)—their mutual crush from recovery—from killing her ex-boyfriend. This madcap romp blends self-aware, 4th-wall-breaking comedy with a healthy dose of adrenaline straight to the heart.
Daniel Antebi’s feature directorial debut signals the arrival of a bold new voice in American independent filmmaking and provides a star-making turn for actress Liz Caribel Sierra. Vibrant, stylish, and expertly constructed, God’s Time delivers uniquely dark comedy that both masks and emphasizes the beating, bruised heart at the center of this explosive powder keg. Embodying the creative and confident spirit of NYC and its inhabitants,God’s Time transforms from the simple story of friends at a crossroads into an ode to an entire city pushed to the brink.--Jose Rodriguez

Daniel Antebi, originally from Mexico, currently lives in New York. After attending NYU Tisch, his shorts traversing queerness and assault premiered at SXSW and Teen Vogue. He was a Sundance Ignite Fellow and Sundance Screenwriters Intensive Fellow. Filmmaker Magazine named him one of the 25 New Faces of Independent Film 2020.