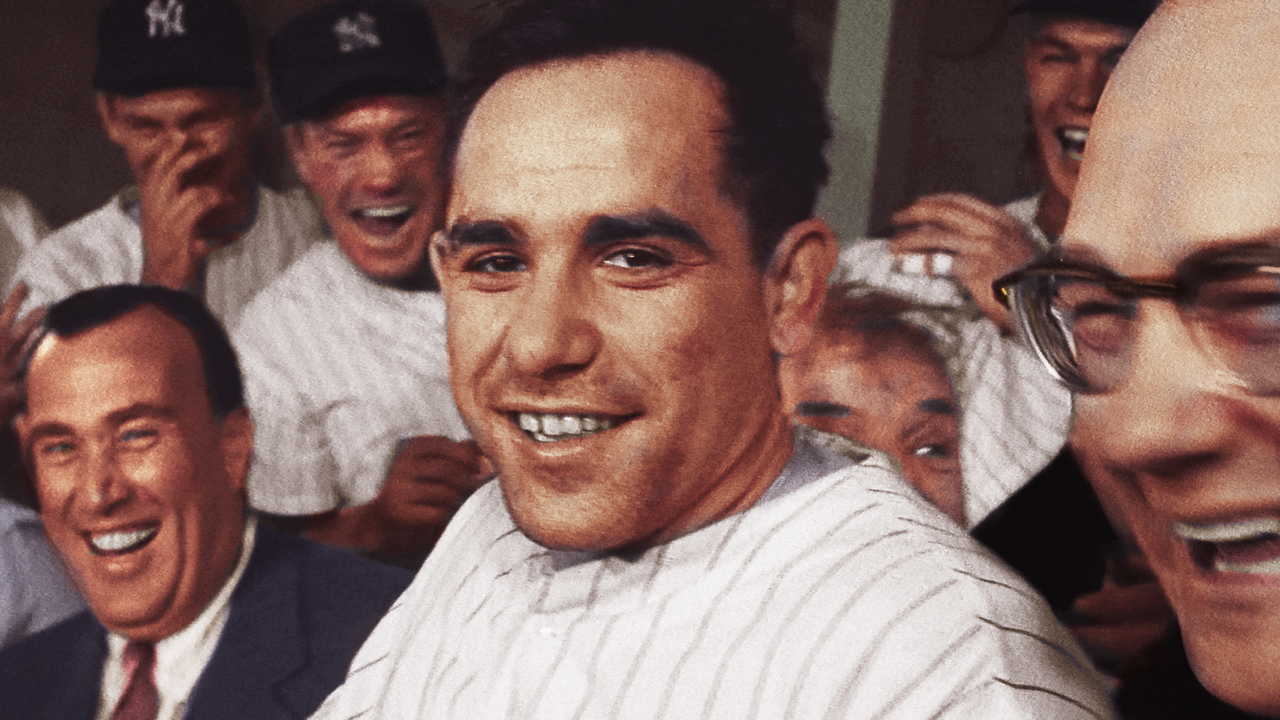 Lawrence Peter “Yogi” Berra is one of baseball’s greatest. He amassed ten World Series rings, 3 MVP awards and 18 All-Star Game appearances. He caught the only perfect game in World Series history. Yet for many his deserved stature was overshadowed by his simply being himself and being more recognized more for his unique personality, TV commercial appearances and unforgettable “Yogi-isms,” initially head-scratching philosophical nuggets that make a lot more sense the more you think about them. In telling the whole story, It Ain’t Over gives Berra his due in following the life of a savvy, commanding, bad-ball hitting catcher with a squat frame but also a D-Day veteran, loving husband and father and, yes, product endorser and originator (mostly) of his own brand of proverbs now ingrained into everyday life.

Granddaughter Lindsay Berra tells his story along with his sons, former Yankee teammates, players he managed, writers, broadcasters, and admirers (such as Billy Crystal), plus photos and footage on and off the diamond. Berra famously said, “I’d be pretty dumb if I started being something I’m not,” and It Ain’t Over lovingly makes clear he stayed who he was for the benefit of baseball and everyone else.--Brian Gordon

Sean Mullin’s debut feature film—Amira & Sam—won several film festivals. He’s the writer and director of two documentaries: Kings of Beer, about the world’s most intense brewmaster competition, and It Ain’t Over, about baseball legend, Yogi Berra. He holds an MFA from Columbia University and a B.S. from West Point.