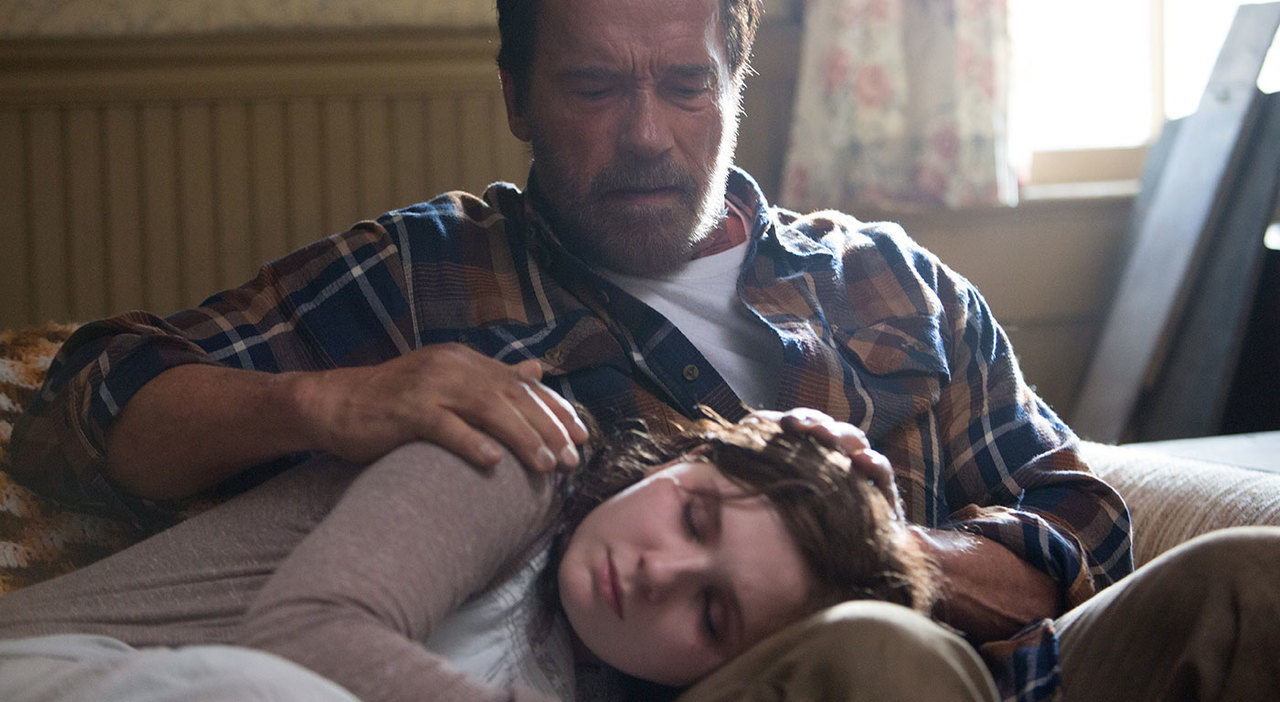 Drama
Fear, panic, and paranoia pit neighbor against neighbor. Families are ripped apart as loved ones are forced into quarantine. Authorities attempt to maintain control over communities teaming with violence. But with droves of new victims each day, it’s a losing battle for those citizens uninfected by the zombie outbreak. In Henry Hobson’s debut feature, Wade (Arnold Schwarzenegger) locates his missing teenage daughter Maggie (Abigail Breslin) at the local hospital and insists on bringing her home to care for Maggie himself. With her “disease” progressing quickly, manifesting in increasingly disturbing ways, Wade shuns the warnings of his wife and friends—risking infection from the overpoweringly ravenous Maggie. Set on a picturesque farm in the Midwest, Maggie is a moving and visually stunning film that takes a quietly observant yet thrilling approach to the zombie genre. Hobson examines the interpersonal relationships that exist amidst the gore, and both Schwarzenegger and Breslin give thoughtful performances as a father-daughter team refusing to give in to the chaos around them. —Liza Domnitz