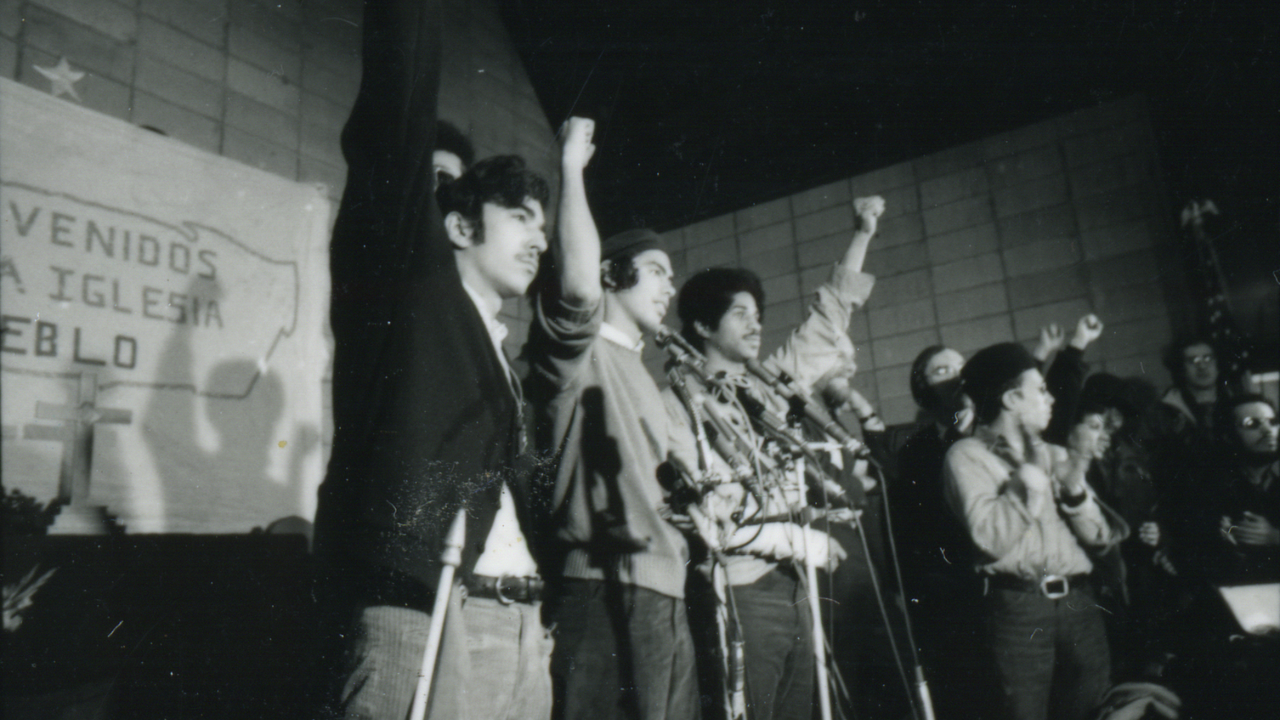 Takeover takes place during the twelve historic hours on July 14, 1970, in which fifty members of the Young Lords Party stormed the dilapidated Lincoln Hospital in the South Bronx, drove out their administrative staff, barricaded entrances and windows, and made their cries for decent healthcare known to the world. The activists raised the Puerto Rican flag atop the building, and hung a banner reading "The People's Hospital"—a nom de guerre still used today. Through archival footage, seamless reenactments, and modern-day interviews, we tell the story of the Young Lords’ resistance against institutions curated by wealth and white supremacy, and their fight for the most basic of human rights: the right to accessible, quality healthcare. The Young Lords' bold act of civil disobedience resulted in no loss of life and the Patient's Bill of Rights, though watered down is still in use today.

The June 13th screening is preceded by the short Cucarachita Martina's Musical Adventure, as part of the National Puerto Rican Day Parade. Directed, animated and edited by Waldo Cabrera, written by Raquel Ortiz (United States) Animated Short – Cucarachita Martina’s Musical Adventure is inspired by Pura Belpré's first picture book, published in 1932, "Pérez and Martina: A Portorican Tale." One day while Martina is sweeping her patio she finds a gold coin and buys a songbook, a cancionero. As she sits on her balcony getting ready for the annual singing competition at the fiestas patronales, Martina receives a number of visitors, six in total! Each one wants to sing a duet with Martina in the talent show. Who will she pick?

Emma Francis-Snyder is a New York-based activist, documentary filmmaker, and archivist. With her debut film, Takeover, she is a 2020 Open Society and Ford Foundation: Just Films grantee. Francis-Snyder received support from The Gotham and was a 2017 UnionDocs Summer Fellow.