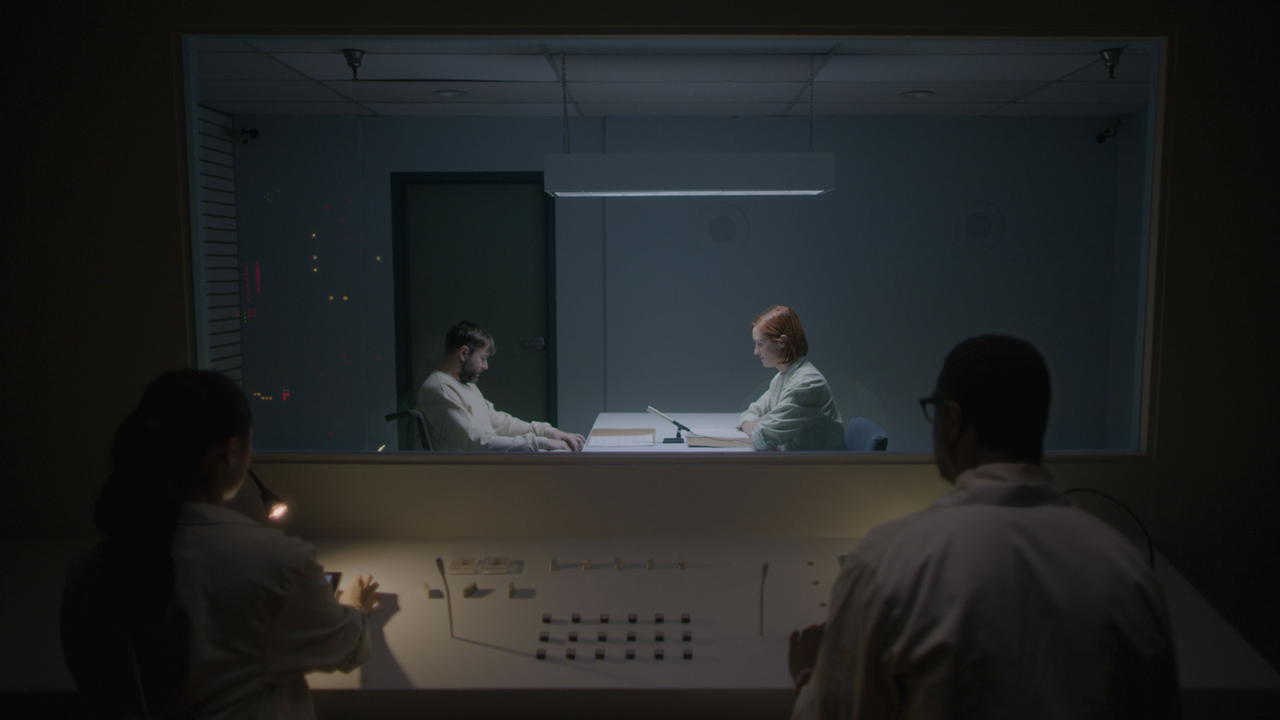 Driving home late at night during a heavy rainstorm, Glen experiences car trouble. Near where his car gets stuck, he spots a house, knocks on the door and is greeted by an oddly friendly middle-aged man, Arthur, and his younger wife, Cyndi. The strange couple pours him a drink, and then more drinks, followed by an unexpected offer that Glen can’t refuse. Elsewhere, a young woman, Katie, is feeling emotionally weighed down by a secret romantic arrangement that feels like a textbook case of gaslighting. And at the same time, in a nondescript research facility, medical professional Shannon begins questioning her role in a bizarre experiment, fearing that she’s doing more harm than good.

How these seemingly unconnected characters’ situations converge is only part of the fun in rookie director Rob Schroeder’s vibrant and nimble sci-fi mystery box debut, based on the graphic novel Generous Bosom, written by cartoonist Conor Stechschulte, who also wrote the screenplay. Always steps ahead of the viewer, Ultrasound steadily zigs and zags between disorientation and unease, all while maintaining its hold on being wickedly enjoyable, pulpy entertainment. The likes of Rod Serling would be proud. —Matt Barone