For the Beckmanns, money is not an object and is no longer an option. Meet the director who documented these down-and-out princesses who had it made, once upon a time. 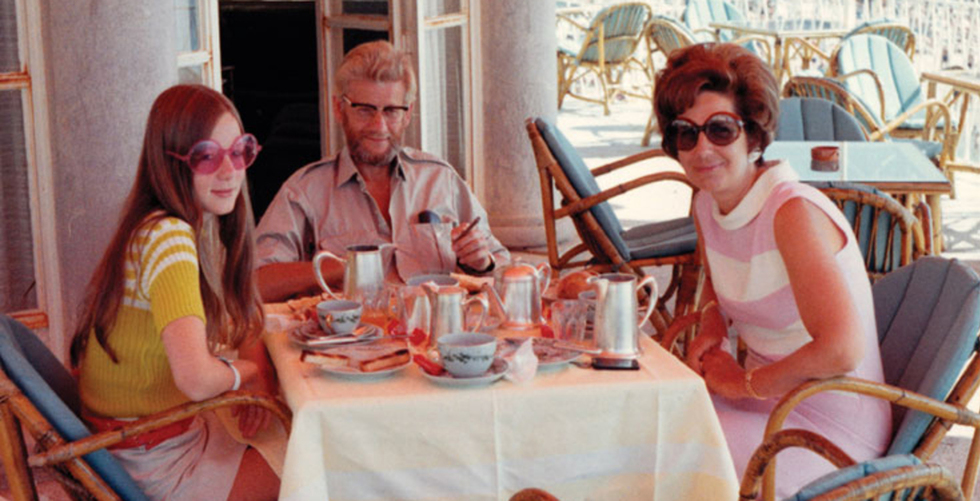 Tribeca: Tell us a little about The Good Life.Eva Mulvad: It is a sad comedy about a mother and a daughter who used to be well off, but spent all their inherited money and are now hopelessly bad at being poor. They live together in a small seaside town in Portugal. The daughter is 56 years old, and has lived all her life with her parents. The mother is 83. No one in the family had to work to make a living, but now the daughter has to step into the world and try to find a job.Tribeca: What inspired you to tell this story? Did you have a connection to this family?Eva Mulvad: I was looking for a fairytale kind of story after making a more political film—Enemies of Happiness—about a young woman fighting for change in Afghanistan. One day I was driving in my car, and I heard a radio piece where these two women told their life story. I had to stay in the car until the montage was over, as I was totally absorbed in their universe. Later, the journalist who made the radio show introduced me to the women, and I started to visit them in Portugal a couple of times a year—all in all, the shooting  took 3 years. It was a difficult story to materialize, because not a lot happened—the mother and daughter were still poor, still fighting to accept that their wealth was gone—more or less in the same way every time I visited them. I was looking for a solution to their problems—some action—but it turned out to be a pretty static story, where the big drama was on the inside. The Good Life is a psychological drama, where you slowly accumulate an understanding of the characters and their difficult relationship to each other through their past and the present.

Tribeca: Despite their desperate situation, these women still laugh a lot and seem to find humor in most of their hardships. Do you think they maintain some amount of positivity in regards to their situation?Eva Mulvad: I admire that they can still enjoy life, with all the problems they have. I have tried to learn a little from them in terms of not being too responsible all the time. You can call it decadence, but I find it extremely strong that they can cope with all the hard times they have been through and still keep a steady belief that something is going to happen, and that things will change for the better.Tribeca: Your film has been called the Danish Grey Gardens. Were the Maysles Brothers an influence? What other documentary filmmakers have influenced you?Eva Mulvad: Yes, Grey Gardens has been a favorite film of mine for many years, and without that film as an inspiration, I don’t think I would have been able to trust that this material could work for a feature documentary. I love the Maysles, the way they treat their characters; they make very intimate portraits and still maintain respect and love for them. Michael Glawogger and his strong visual approach in films like Megacities and Workingman’s Death also inspire me. My films are not visually strong in a Glawogger way, but I would love to try to work in as uncompromising a way as he does with his images.

Tribeca: What do you want audiences to take away from The Good Life?Eva Mulvad: What I am very proud of with this film is that is a multi-layered story; it is not about one thing. Depending on the audience, you can say it is a film about upbringing and about being spoiled, but it can also be seen as a film about money—whether it makes you happy. It is a family story about relations between a mother and a daughter. And it is also a coming of age story, where the teenager is a woman the age of 56. I hope the audience will think about their own life in one or more of these aspects after seeing this film.

Tribeca: What's the craziest thing (or "lightning strikes" moment) that happened during production?Eva Mulvad: I laughed a lot, even though the ladies have serious problems. I loved the way Anne Mette, the daughter, always refuses to be reasonable and refuses to adapt to the fact that they are poor.  At one point, she insists on getting their old car back from the mechanic, which is kind of a crazy plan because they can’t afford food, and the car has to be paid with borrowed money and checks that might bounce. Somehow though, she makes it. On the way back from the mechanic's, she stops at a gas station and fills the tank with $3 worth because that is what she can afford. I really loved that way she tackled that serious situation and can still make me laugh. It is a bit like the role France plays in world politics: often the French don’t follow the rules, they just do something very egocentric or unexpected where the rest of the world tries to be responsible—I really like that, even though it might make everything worse.Tribeca: What’s the biggest thing you learned while making The Good Life?Eva Mulvad: To trust reality. At a certain point, I wanted to force the story in a certain direction, but I couldn’t do it, and when I was forced to film reality simply the way it was, things solved themselves for me. And on a personal level, I learned to relax and not be efficient all the time. These women have been on permanent vacation all their life, and in a world where we have to be responsible all the time, it is interesting to be around the total opposite. This film is somehow an homage to decadence and inefficiency, and at the same time, a scary portrait of the desperation created when one is not independent.  Tribeca: What's your advice for aspiring filmmakers? Particularly women?Eva Mulvad: Don’t be cheap but have a cheap lifestyle—or marry a rich guy. If you don’t have economical freedom, you cannot spend the time it takes to make the movies you want.Tribeca: What are your hopes for The Good Life at Tribeca?Eva Mulvad: That the film will make people think about and discuss their own choices in life.Tribeca: What makes The Good Life a Tribeca must-see?Eva Mulvad: It is a unique film, different from many documentaries because it is not a film about a theme or a subject. It is not a journalistic approach, but a film that feels more like a novel. It is a funny and dark reverse fairytale where the princess now has to clean the toilet.

Tribeca: If you could have dinner with any filmmaker (alive or dead), who would it be?Eva Mulvad: P. T. Anderson. I really admire the way he makes films—he changes the genres and styles from film to film, and is still sovereign every time.Tribeca: What would your biopic be called?Eva Mulvad: All About Eve.

Find out where and when The Good Life is playing at the Festival.

Browse all this year's Festival films in the 2011 Film Guide.Meet more Faces of the Festival.