As Hollywood Shifts, Are Paradigms Colliding?

Hollywood’s appetite for adaptations, remakes and sequels is growing. But the absence of mid-budget films from lists of the world’s highest-grossing films, which has become increasingly conspicuous in recent years, indicates that Hollywood’s model is changing. 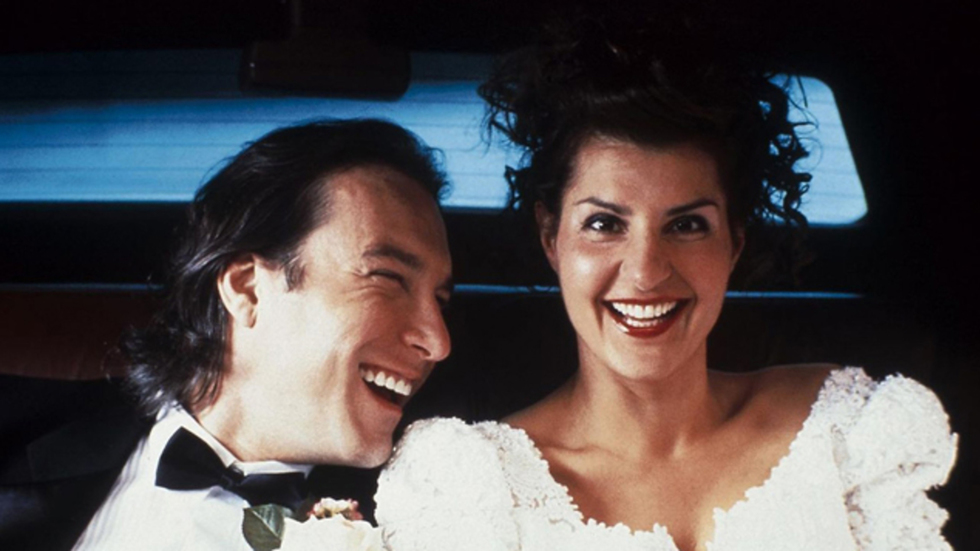 The ten highest-grossing films in the world last year were:

Hollywood’s well-documented predilection for “proven” material—remakes, sequels and adaptations—is well on display here. But equally telling is the absence of any mid-budget films from the list. In recent years, the mid-budget Hollywood film has grown increasingly,  even conspicuously, absent from the larger studio model.

So what does this all mean? The aims of the studio system are changing, and an opening is forming that will enable the independent film world to supply studios with content that the studios were previously making themselves. Whether or not this is a good thing for the talents of young filmmakers is an important question.

Ten years ago, two of the films on that top-ten list—Signs and My Big Fat Greek Wedding—were original works with comparatively modest budgets (in the case of My Big Fat Greek Wedding, an indie, overwhelmingly modest) that became hits because there was interest in their concepts and they received strong word-of-mouth. In other words, they were good movies that were given a chance and succeeded.

Yet due to Hollywood’s increasing reliance on tentpole projects, fewer and fewer films like Signs and My Big Fat Greek Wedding are getting opportunities to do the kind of business that would put such a film on a year-end list of the highest grossers—which means those kinds of films are becoming less appealing for studios to make. There’s a kind of snowball effect going on, wherein Hollywood decides that tentpole movies are more commercially viable, which means that those films receive better marketing, publicity, budgetary and creative resources than the smaller, original-content films, which means that the tentpoles have a greater chance of making more money, which means… well, you get the picture.

This shortsighted death-spiral of the original, mid-budget film has continued even amidst some great original-film success stories, like Inception, which Warner Brothers made as a favor to Christopher Nolan for the Batman films—a favor, that is, that grossed $825 million worldwide. Just a few weekends ago, Ted and Magic Mike trounced the sequel and remake-heavy competition at the summer box office. Regardless, Hollywood execs would tell you that while these films are definite success stories, the gamble on a bunch of Magic Mikes is far riskier than the gamble on making a bunch of aspiring tentpoles.

Hollywood’s philosophy at this point is clear: you load up on potential tentpole projects, pour an enormous amount of money into all of them, and assume that the hits—and their forthcoming sequels and TV and DVD deals—will cover the losses from the misses, with enough money left over for a healthy profit.

The problem is, with the mid-range films cut out, the studios lose the ability to score the occasional Magic Mike or Ted, and in so doing profit from the audience that’s looking for original content and adult dramas. What to do?

Here, the current shifts in the indie world—fewer indie distributors, smaller acquisition deals, and less money financing indie, especially artier, fare—align with where the studios are headed. As financing indies has become tougher, indie filmmakers who might otherwise be making more challenging work have moved toward genre filmmaking. Many of the high-profile Sundance pickups of the last couple years—Martha Marcy May Marlene, Robot And Frank, Our Idiot Brother, Like Crazy—have been, and have been definitively marketed as, the sort of mid-range (with respect to budget) Hollywood fare that studios used to make, but are increasingly moving away from.

So it looks like these two paradigms—more genrefied (not to mention star-heavy) indies, and a Hollywood that is becoming more reluctant to provide a certain lower-budget (by Hollywood standards) kind of content that there is nevertheless an appetite for—are set to collide. If the studios behave intelligently (always unpredictable, that), as they continue to focus more heavily on tentpoles and films based on pre-existing content, they will begin turning more often to the indie world as a marketplace for the kind of product that the studios themselves used to make.

This makes business sense for the studios—they can buy and market an indie like Martha Marcy May Marlene for a fraction of what it would cost to make such a film in the studio system, yet indies are being made with such a high level of quality today that the studios aren’t sacrificing anything in terms of production value.

Once the films are released, if they turn into My Big Fat Greek Wedding, fantastic. If they don’t make much, it’s no big deal; the losses are easily absorbed by the Harry Potters and the Twilights of the world, since even a high-profile indie can get nabbed for just a couple million bucks.

This paradigm provides a way in which Hollywood can continue to supply the market for adult dramas, mid-range genre films, and original content without undertaking the kind of financial risk they would have taken on in making similar films within the studio system. And you can be sure that every decade or so they’ll land a Paranormal Activity-esque franchise from one such deal. Of all the studios, Paramount seems most likely to understand the opportunity here; they distributed Paranormal Activity and have since erected a new division, Insurge, devoted to developing and releasing low-budget films (they distributed The Devil Inside).

In fact, Jason Blum, the independent producer who produced Paranormal Activity, spoke to this phenomenon himself at a Future of Film panel during the Tribeca Film Festival this past April. Blum explained that, as stated here, the mid-range Hollywood films will soon be a thing of the past, with tentpoles and lower-budget films comprising the studios’ full slates. Blum’s model for luring established filmmakers to the realm of $2-$5 million movies, he explains, is to offer something studios are almost always too cautious to offer: full creative control.

Filmmakers can often be frustrated by the creative constraints imposed by the studio system, but when working on a much lower budget level, there’s simply not enough at stake to warrant any executive excessively monitoring the filmmaker’s choices. And if, Paramount aside, the major studios don’t get the message and start distributing these films to compensate for their own lack of mid-budget releases, there will certainly be more room in the market opening up for distributors to challenge the studios. Upstarts FilmDistrict and Open Road have already begun doing this.

The effects of all this could be quite interesting. It would be a short-term boon for the indie world, for sure, if studios effectively continue to outsource an increasing amount of their slates to what they find on the festival circuit. The long-term effects are, however, a little tougher to determine:

♦  On one hand, Blum’s model is a real plus for independent filmmakers who are interested in making genre films for Hollywood distribution, but who are also looking to put creative spins on their work that would be deemed too risky from within the studio system.

♦ On the other hand, if financing strictures continue to necessitate that the indie world stays focused on genre work, turning away from the kind of challenging,  difficult product that put American independent cinema on the map—films like Sex, Lies and Videotape, Welcome to the Dollhouse and Pi, films that could never originate from within the studio world or even have real hope of being distributed in it—there may be a palpable loss in terms of artistic value in the American indie scene.

It took the ambitious, anything-goes wild west of the indie world in the 90s to give us the one American filmmaker who has beaten the system and managed to make incredibly ambitious cinema on an incredibly ambitious scale: Paul-Thomas Anderson. There are plenty of talented American filmmakers working today, but Anderson is the only one making brazenly artistic work on an enormous budget (There Will Be Blood was a $25 million art film).

There will certainly be future filmmakers who will be talented enough to pull off works of similar scale and artistry to come up in American indie system. The question is whether or not the paradigms that run the film business will enable them to get a chance.