Did you miss the 2012 Tribeca Disruptive Innovation Awards live stream? We've got you covered. You can watch the archived version right here! See it for the first time or relive the highlights from the 3rd annual award ceremony with Jack Dorsey, Edward Burns, Tiffany Shlain, Scooter Braun and up-and-coming singer, Justin Bieber. 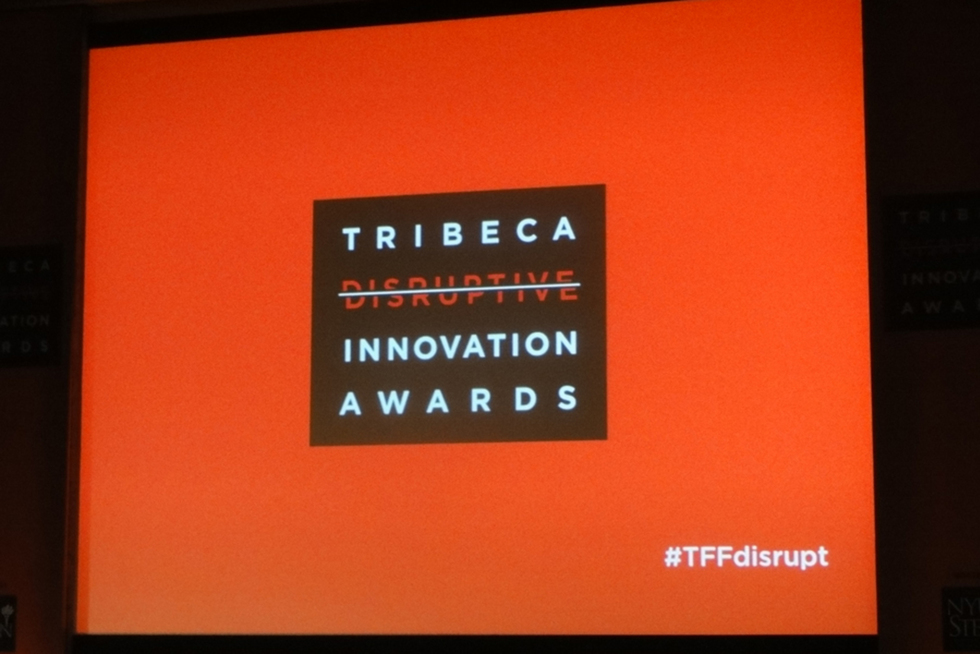 The Tribeca Film Festival, in association with renowned Harvard Business School Professor Clay Christensen and the Disruptor Foundation, is proud to announce the recipients of the third annual Tribeca Disruptive Innovation Awards, hosted by NYU Stern School of Business, on April 27.

The live stream will begin at 11:00 am right here on TribecaFilm.com. We hope you will join in for the festivities.

The ceremony, moderated by journalist and public health advocate Perri Peltz and Tribeca co-founder Craig Hatkoff and supported by Accenture, aims to showcase applications of and advancements in disruptive innovation theory that have spread far beyond the original technology and industrial realms.

For the third year in a row, Tribeca will recognize people across many fields for their innovative ways of looking at—and often dramatically changing—the world we live in. This year, Lifetime Achievement Awards will be given to Jack Dorsey, founder of Twitter and Square, and John Wood, founder of Room to Read. The impressive line-up of other award winners is a colorful and diverse group from all areas of culture and society, including DARPA’s “Hummingbird,” their prototype nano-drone, and the new M3 called “Cheetah,” the first prototype of its kind. Pop superstar Justin Bieber and manager Scooter Braun will be honored for the historic discovery of Bieber on YouTube and his subsequent social media rise. Other honorees include producer Rick Rubin, for founding Def Jam Records 30 years ago in an NYU dorm room, and oncologist Steven A. Curley for his advances in cancer treatments.

“Since its inception, Tribeca has been a living laboratory for disruptive innovation, where technology, business, culture and storytelling collide,” said TFF co-founder Craig Hatkoff. “This event, expanded for 2012, intends to shed light on the chaos of rapidly changing technologies and business models. We are beginning to see how identity-based goods, services and experiences create a powerful, yet predictable, array of resistances that change the dynamics of disruptive innovations."

The well-known theory by Clay Christensen, as first read in his best-selling book, The Innovators Dilemma, is undergoing its own evolution, influenced by the Internet and connection technologies, open-source business models, and platforms that change content creation and attract new audiences. Recently recognized by Forbes magazine as “one of the world’s most important business theorist of the past 50 years”, Christensen will address these new developments in his opening comments on Disruptive Innovation 2.0.

Past honorees include Keith Richards, Jimmy Wales, Chris Anderson, and Ashton Kutcher. Christensen’s theory is undergoing its own evolution due to the Internet and platforms that democratize innovation, and this year’s awards focus on innovators who continue to prove Christensen’s theory, while keeping it fresh and relevant.

“Last year’s awards shined a spotlight on fascinating exceptions to the original theory,” Christensen said. “Theorists and practitioners alike must vigilantly hunt for anomalies, explanations, and narratives that help keep the theory fresh. I am thrilled to join Tribeca in celebrating this year’s honorees, who are propelling us toward Disruptive Innovation 2.0.”

A luncheon will follow the Awards, with breakout sessions to follow until 4 p.m. A limited number of tickets will be made available. Visit tribecafilm.com/disruptive and click the REGISTER box in the right sidebar to apply for your spot.