Home » Tribeca News » Has Cable TV Taken the Place of the Mid-Budget Indie?
View All News

Has Cable TV Taken the Place of the Mid-Budget Indie?

With film budgets shrinking rapidly, many independent-minded filmmakers are looking towards television as fertile—and stable—ground for ambitious new projects. What does this mean for independent film—and their audiences? 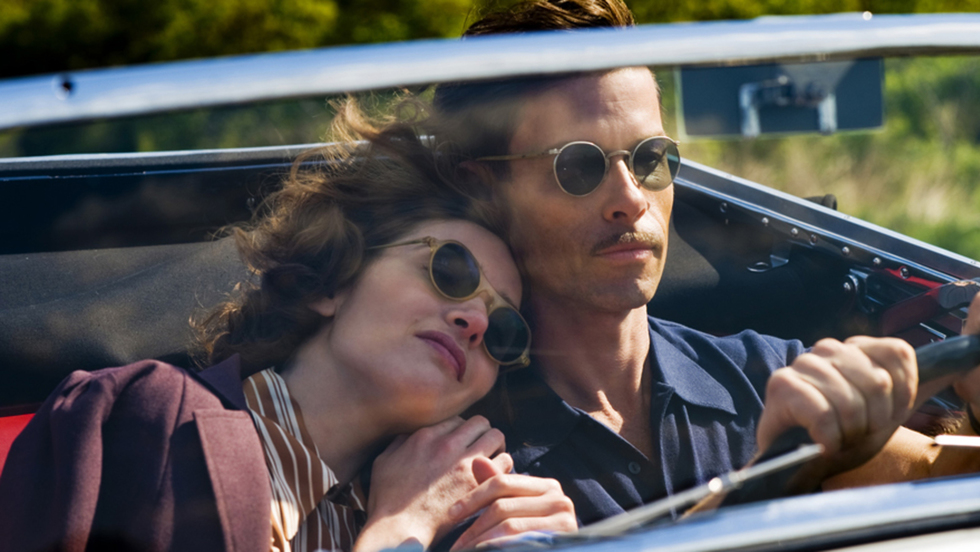 Editor's Note: Originally posted on Indiewire, this piece was cross-posted with permission.

In May, it was announced that one of the most buzzed-about new filmmakers, Sean Durkin, would be shopping a TV series based on The Exorcist as his next project. Durkin’s debut feature Martha Marcy May Marlene was the indie to see in 2011, but the news that he was following it up with a move to the small screen didn't come as much of a surprise.

Plenty of artistically gifted filmmakers who would in the past have focused on making mid-range arty indies have been shifting instead to the more domestic medium. Last year there was Todd Haynes’ “Mildred Pierce” miniseries; Lena Dunham’s comedy “Girls” and Noah Baumbach’s attempted “The Corrections” series followed not long after. More recently, Cary Fukunaga (of Sin Nombre) signed on to direct a detective show with Woody Harrelson and Matthew McConaughey. (Of course, these are all HBO projects—more about the other networks momentarily.)

Why the turn to TV? Primarily, it’s because these talents are looking for stability rather than uncertainty—the budgets they require to make ambitious work while retaining enough creative control. Indie filmmaking in the realm of $2-$15 million pictures has become a bit of a ghost town, for all the reasons of that you, dear reader, are surely aware—fewer mini-major distributors, a declining market share for movies in general, digital piracy on the rise, and so on. Even if you’re an established indie filmmaker these days, you’re faced with throwing your hat in a ring of uncertainty where your film may take years to only possibly get financed, and following that, only possibly get bought (and then, by which distributor?).

The choice to settle down with a company that will finance, produce and distribute your work to a guaranteed audience has started to seem a lot wiser, even if it means forgoing seeing that work in theaters. As evidenced by recent indie films by Spike Lee (whose Red Hook Summer could only manage distribution with tiny distributor Variance Films) and Stephen Frears (whose $20 million-budgeted Lay The Favorite seems to have been shelved by The Weinstein Company), continuing to make mid-budget indies can be a perilous risk.

Happily for some of the savvier filmmaking talents, this cratering of the mid-range indie has occurred at the same time that a real market for ambitious, intelligent product came to maturation in cable television. HBO’s “Sex and the City” and “The Sopranos” put quality serialized programming on the map, but one can’t neglect the impact of the phenomenal DVD sales numbers of “The Wire”—and the phenomenal word-of-mouth—on the idea that there’s a business model behind artistic, idiosyncratic series. HBO has obviously pursued it, but so, too, has Showtime, Starz and most notable, AMC, with “Mad Men,” “Breaking Bad,” “The Walking Dead” and “The Killing” (and let’s not forget the short-lived but ambitious “Rubicon”). The model has even extended to allow Louis CK’s inner artist to take hold of FX’s “Louie.”

These programs aren’t necessarily about putting new twists on traditional television programming. Rather, they reside in a realm not far from the ambitious character-driven films of the ’00s (Half Nelson, The Squid and the Whale, Eternal Sunshine of the Spotless Mind) that made America an especially exciting place to go to the movies. Consider the recently ended season of “Mad Men,” wherein not much happens on a narrative level (with the exception of some big shake-ups in the last couple of episodes). The brooding, slow pace of the drama is totally anathema to typical TV (or at least, would have been up until recently). “Treme,” David Simon’s show about post-Katrina life in New Orleans, feels more like a novelistic character study than anything else, as the show oozes with atmosphere and insightful commentary.

“Mad Men” has a production budget of $2-$2.5 million per episode, and “Treme” has one that's slightly higher than that. For an indie film made for a commensurate budget ($3-$5 million), without the marketing firepower of a network like HBO or AMC behind it, the odds of making investors' money off of a character study or auteur-driven intellectual work are low. As a result, cable TV is slowly but effectively assuming the role once claimed by the larger indie production companies. Networks don’t run risks quite like production companies and film investors do—they can afford to take losses on specific shows because their model makes enough money that those losses can be covered by other programs that are on the air at the same time, also affording series (like, say, “The Wire”) to turn profits over time with the opporunities for DVD, syndication and international sales.

The funny thing is that while pursuing an artistically ambitious and potentially challenging film project is something that can make film investors nervous, it’s become a quality that the cable networks welcome. In a recent article addressing this trend by Patrick Goldstein at the Los Angeles Times, “Burn Notice” creator Matt Nix points out: “On cable... you can sustain a show with 2 million people watching its first airing. That means that what counts is having viewers who are passionately committed to their show. And the way to do that is to program a show that is 100% what it aims to be and allow the show runners to embrace all their idiosyncrasies, just as they'd do if they were making an independent film.”

The reason? As Goldstein correctly points out, “Advertisers today prefer upscale viewers. Even though shows like ‘Mad Men’ and ‘Breaking Bad’ have a fraction of the viewership of a cable juggernaut like ‘Jersey Shore,’ they are magnets for advertisers who value the shows’ high media profile and are eager to reach their affluent, better educated viewers.”

The result is a situation where advertisers can hit their target demographics with a greater specificity—and therefore at a cheaper rate—than would ever come from plastering a city with billboards and posters. It’s a little bit like what YouTube is trying to do with its new 500-channel program—target niche viewers and program content that directly appeals to their specific interests, then use that specificity of interest to sell ads at a higher rate (and an elevated cost).

The effect of all this is rather unheard of: advertising that comes in not despite a work’s artistry, and therefore higher degree of difficulty, but rather because of it. Working a showrunner-auteur into an ad-sales pitch reflects the truth that cable networks don’t only want to fill the void left by mid-range indies—they have to. A network like AMC will never be able to compete with the majors in terms of viewership, but reaching a more premium audience is a way of evening out the playing field between them and the big channels in terms of ad revenue. This craving for original voices in TV content means that an artist is becoming prized here as was never the case in indie film, where often mini-majors buy eccentric works and then try to Trojan-horse-repackage them as the genre offerings that they aren’t. Until independent film can figure out a way to monetize artistry in an equally efficient fashion, we can expect the film world to keep losing a certain kind of auteur—and the world of TV to keep scooping them up.