The 12th annual Tribeca Film Festival opens with "Mistaken For Strangers," the story of two very different brothers—one a struggling artist, the other the lead singer of The National—to be followed by a special concert by the band itself. 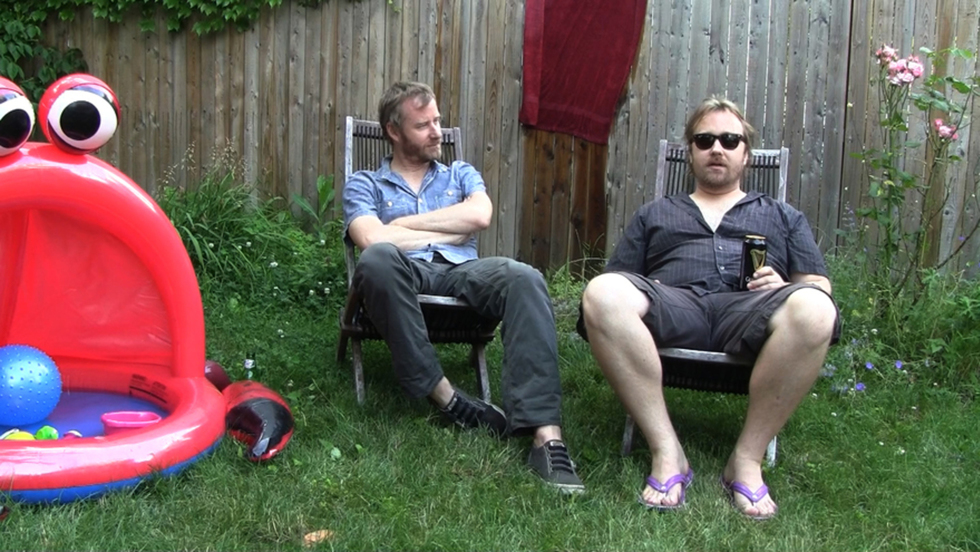 The Tribeca Film Festival, presented by American Express®, is pleased to announce that the 12th annual Festival will open on April 17 with the world premiere of Mistaken For Strangers, a film that follows the personal journey of Tom Berninger (who doubles as the director and subject) as he goes on tour with his older brother, Matt Berninger, the lead singer of the Brooklyn-based band, The National.

Adrift in life and fuelled by the desire to create, Tom Berninger accepts his brother’s offer to come on The National tour as a roadie and decides to chronicle his experiences with the band. Although Tom starts off with dreams of making a rock documentary (you can watch the portaits he made on each of the band members), a different story emerges as tensions among the band members lead to unforeseen drama. Following the band from Berlin to Paris to Los Angeles to a 2010 Obama rally in Madison, Wisconsin, Mistaken for Strangers is not your typical road documentary.

This often-hilarious and poignant film (think American Movie meets Dig!) offers audiences an intimate and humorous look into the very different lives of the two brothers against the backdrop of an international rock tour. Is Tom too self-sabotaging to make his artistic aspirations come true? Can Matt stay patient enough with his frustrating little brother to help him finally finish something for once in his life?

Executive produced by TFF Alumni Marshall Curry (Street Fight, Racing Dreams) and produced by Matt Berninger, Carin Besser, and Craig Charland, Mistaken for Strangers embodies the independent spirit and exuberance of this first time filmmaker and of the festival itself.  What is more, The National (all of the band members make appearances in the film) will perform in person after Mistaken for Strangers’ world premiere.  This celebration of independent film and music on the Opening Night of TFF 2013 will set the tone for what will be a memorable Festival year.

This year's Festival kicks off April 17 and runs until April 28. Check back on March 5 and 6 when the Festival's feature film slate will be revealed in a two-part announcement. And remember, the Festival Pass and Ticket Package sales begin on Monday, March 4 for American Express® Cardholders and Monday, March 11 for the general public. For all additional ticket information, click here.

Watch the band perform the song that inspired the title of the film, live at Terminal 5: