Mr. Muscles himself is getting a week long retrospective at the illustrious Film Society of Lincoln Center. It’s about time! 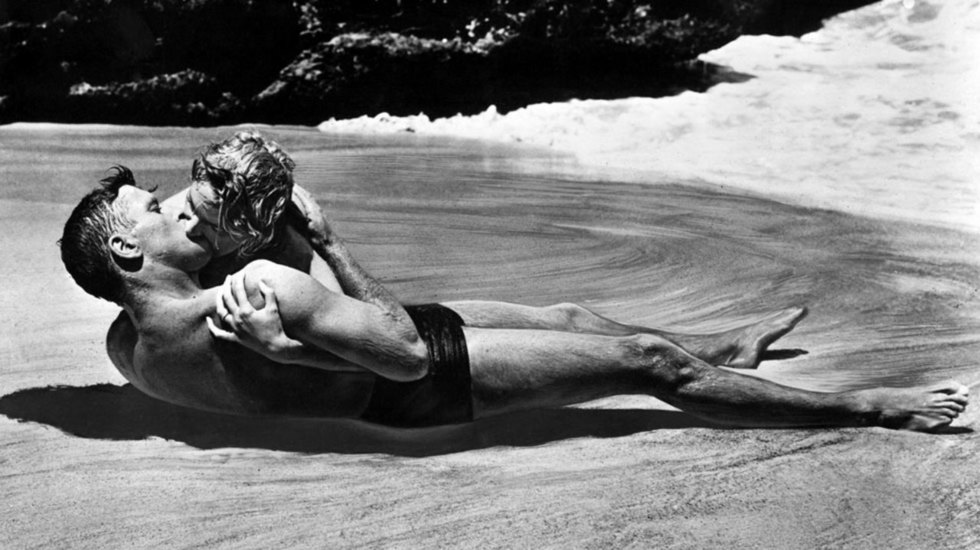 Burt Lancaster is one of Hollywood’s most famous leading men. His perfect physique, winning smile and easygoing manner made him a classic matinee idol.  The aptly titled “Man of Steel: Burt Lancaster at 100” series starts this Friday at the Film Society of Lincoln Center. One of the most sought-after actors of his era, Lancaster worked with such famed directors as Jacques Tourneur, Fred Zinnemann, Luchino Visconti, Louis Malle and Robert Aldrich.

Lancaster was an actor who was not defined by genres, a fact made clear through the wide array of films chosen for the series. From westerns to noirs to war-time classics, Lancaster’s versatility was apparent over the course of his career, which spanned nearly six decades.

There’s something for every type of film lover in this diverse retrospective for one of the most beloved leading men from Hollywood’s golden age. Here are our top 5 picks:

“Reach for that and I’ll kick your brains out.” One of the most famous adaptations of Ernest Hemmingway, The Killers begins just moments before the death of Swede Andersen, a former boxer turned criminal played by Lancaster. Ava Gardner inhabits role of Kitty Collins, the femme fatale who eventually gets the upper hand on the lovelorn Swede. The chemistry between the two is palpable in this famed film noir, which launched Lancaster into stardom.

“I just hate to see a beautiful woman going all to waste.” No doubt one of Lancaster’s most iconic roles is Sergeant Milton Warden, an NCO who must choose between his military duties and his love for his commanding officer’s wife, Karen (Deborah Kerr). Co-starring Montgomery Clift, Frank Sinatra, and Donna Reed, this film is famous for the  “kiss-on-the-beach” sequence which made Lancaster a bonafide sex symbol.

“I love this dirty town.” J.J Hunsecker is, without a doubt, one of Lancaster’s signature roles. Nominated for an Oscar, the actor deftly portrays this humorless, power-hungry gossip columnist who only has one thought in his mind—to keep his sister from marrying “beneath” her. Lancaster finds a formidable foe in Tony Curtis, who plays Sidney Falco, a slimy opportunistic press agent who will do anything to save his business.

“You're the captain of your soul. That's what counts.” At the age of 55, Lancaster still had the best bod in the business and makes good use of it in Frank Perry’s The Swimmer. Lancaster plays Ned Merrill, a seemingly charmed man who decides to “swim home” through his neighbor’s pools in the backyards of the Connecticut valley. Along the way, Merrill encounters friends (and enemies) that bring up memories of the past and make him long for the man he used to be, full of hope and vigor, unaware of the failure that lay ahead of him.

“Yes, it used to be beautiful—what with the rackets, whoring, guns.” Directed by Louis Malle, Lancaster plays Lou, a small time gangster who still has illusions of grandeur from his days as a young upstart on the boardwalk of Atlantic City. Stuck in the past, Lou gets mixed up in a drug deal gone bad and soon must go to extreme lengths to keep his girlfriend Sally (a young Susan Sarandon) safe. Lancaster, in his twilight years, turns in a career defining performance and received an Oscar nomination for his work.

Tickets for Man of Steel: Burt Lancaster at 100 are currently on-sale. Buy yours today!