This new weekly column ranks the most buzzed-about documentaries based on a super-secret algorithm. This week: can 'Cutie and the Boxer' break into our list? 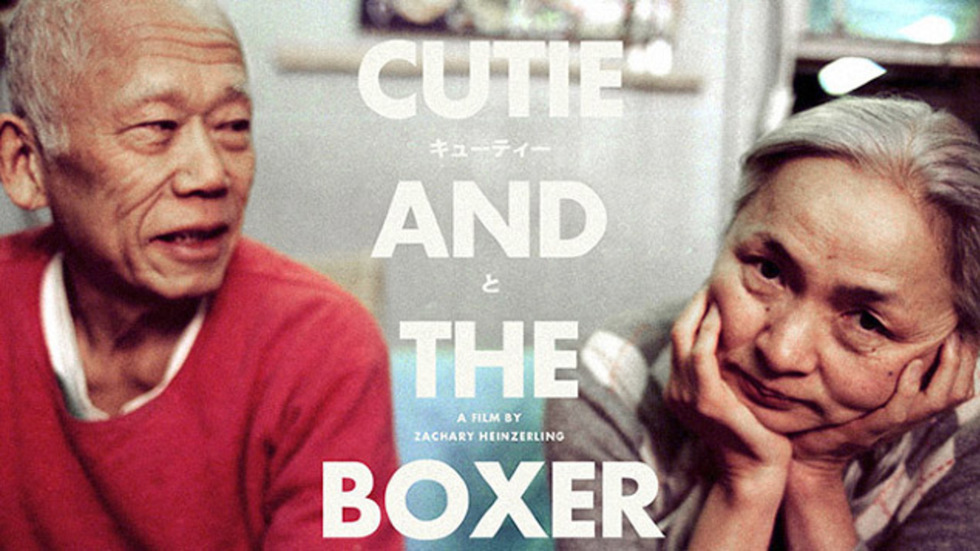 In an effort to keep up the chatter on this year's exemplary crop of docs, we're ranking the year's top documentaries every week, based on a super-secret algorithm that reflects box-office success, critical praise, and overall buzziness (that's what makes it super-secret!).

This week, the 2013 Tribeca Film Festival hit Cutie and the Boxer hits theaters. The film has been a festival favorite all over, finishing as runner-up for the Tribeca audience award and winning the directing award at Sundance for Zachary Heinzerling. "Cutie" enters theaters in a remarkably strong year for documentaries.

We'll see if Cutie and the Boxer can crack the Top 10 as the year goes on ...

1. 20 Feet From Stardom: This supreme crowd-pleaser about backup singers has climbed to the top box-office slot among docs for the year. Here's hoping it opens across the country, because there is absolutely no reason this couldn't be a hit in every market.

2. Blackfish: The case against Sea World, and indeed against keeping killer whales in captivity at all, is made with an impressively voluminous array of former trainers, handlers, and employees. An "issue" doc that makes an impressive prosecutorial case.

3. Sound City: The story of the famed music studio is the second rock-themed winner of the 2013 documentary slate. It remains the only 2013 movie in any genre with a 100% score on Rotten Tomatoes.

5. The Gatekeepers: This 2012 Oscar nominee was released into theaters early this year and has seen a great deal of success. Israel's secret police tell the story, in their own words, by their own admission, of the conflicts with Palestine. The results are shockingly candid.

6. The Act of Killing: Another triumph of taking the documentary genre to new and creative places.

7. Call Me Kuchu: This heartbreaking story of gays in Uganda has struggled to find placement in theaters, but those who have seen it have raved about it.

8. Scatter My Ashes at Bergdorf's: Documentaries about fancy New York fashion-industry institutions are a reliable genre in the genre. Will Bergdorf's be as well-regarded as films like The September Issue and Bill Cunningam New York?

9. Room 237: The Shining fandom comes into the foreground. Another doc that succeeds despite being an "issue" movie.

10. Dirty Wars: This is most certainly an issue movie, and one which pulls back the curtain on American covert warfare.