'The Square' Displays The Impact Of New Technology on Documentary Film

'The Square' is one of the first documentaries to show the full breadth of how technological advances are aiding documentary cinema. We talked to Jehane Noujaim about how he documented Egypt's revolutionary moment. 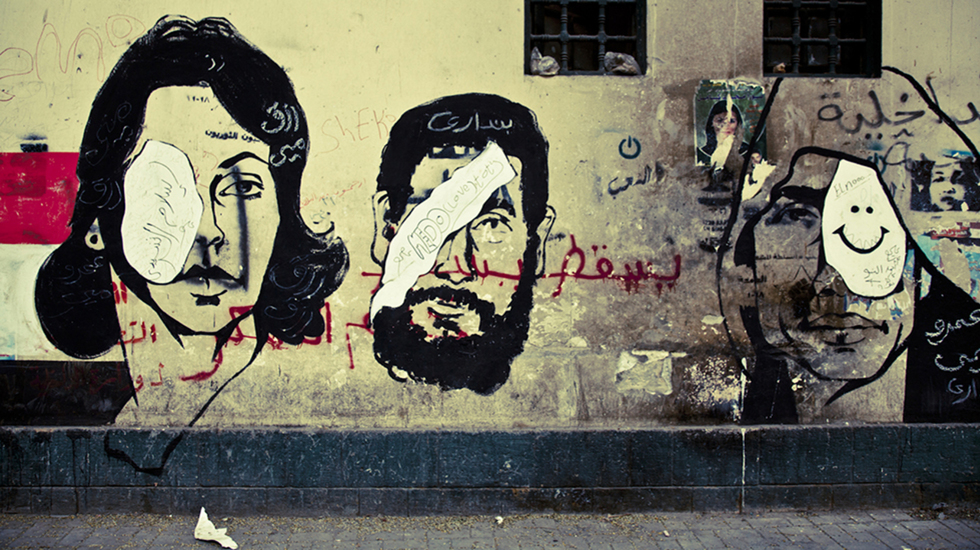 Here at Tribeca, we're interested in delving into the myriad ways in which improving digital technology - cheaper and better-quality cameras, easier-to-use editing software, and the like - facilitates the ease of making independent cinema. Yet it's easy to forget that for all the ways in which these changes are rocking the narrative world, the documentary world is being equally impacted.

Take the case of Jehane Noujaim's The Square, which premiered at Sundance this past January. Charting the travails of the revolutionary moment in Egypt (which found its base camp at Tahrir Square, from which the film takes its title) over the course of the past few years - through their protests against Hosni Mubarak, the ensuing military junta, and then Mohammed Morsi of the Muslim Brotherhood - the film provides a visceral portrait into what it's like to be in the midst of real revolutionary goings-on, with protests, street violence and danger being all-pervasive elements.

The rawness and verisimilitude of the filmmaking recalls nothing so much as, perhaps, Battle of Algiers, Gillo Pontecorvo's fiction film about the French occupation of Algeria, in its palpable authenticity. Much of the verisimilitude is due to the fact that Noujaim's camera constantly places the viewer in the midst of the tensest and most emotionally charged political moments in the square, present for all of the arguments, fights and confrontations with authorities.

This was enabled - as Noujaim discusses in the below interview - by the fact that cameras like the 5D are simple enough that anyone can use them, even in extremely tense situations where filming is more of an afterthought than the main purpose. As this ease of filming increases even further, we can expect documentaries to become increasingly stunning as cameras can now be operated in situations in which filmmaking was previously simply too complicated to be carried out. I spoke with Noujaim about this exciting development, and more.

Tribeca: How did you come to find the subjects for your documentary?

Jehane Noujaim: They were all sleeping next to me in the square! You choose your characters because you fall in love with them, because you're going to spend at least a couple years of your life with them, so they'd better be people that you feel like you're going to learn from. My friend was making a news piece about Ahmed Hassan, one of our main subjects, so I met him and found him incredibly charismatic. He has the ability to use his passion and voice and intelligence to gather crowds around him and debate subjects in a way they were never debated before. I mean, I grew up in an Egypt where you could not talk politics to a random person in the street without having a hesitation or hiding what you really felt. There was a strong fear. Part of the revolution was about getting rid of that fear.

Magdy Ashour I met because he was sleeping in the tent next to ours. He was getting into long conversations with Pierre Seyoufr, who owns the apartment building next to the square. Pierre is someone I've known for a long time and I started going up to his apartment and meeting many journalists there, and recording some fascinating conversations. He opened his apartment to all the young revolutionaries, he allowed the news networks to film off of his balcony. He also hung the list of the protesters' demands off of his balcony, so everyone could see them. Anyway, Magdy had been loyal to the Muslim Brotherhood for 25 years, and he got into some very interesting conversations with Pierre, who is a Coptic Christian, and Magdy became a fascinating character - he had to make a decision between the Muslim Brotherhood, which had supported him financially for 25 years, and the will of the people, when the Brotherhood began to come to power and he saw them putting their political power over the will of the people.

Tribeca: This being a contemporary revolution, it was interesting because not only did you have the power to record what was going on, but your subjects did as well, with their camera phones. How does that affect the exertion of political will, when the subjects are all empowered filmmakers?

Jehane Noujaim: Well, all of the subjects were effectively filmmakers, yes. I mean, Ahmed picks up a camera in the film, he uses the 5D in the film and ended up shooting about a quarter of the film - a lot of the most intense footage from the front lines is footage he shot, because he learned from our DP how to use the camera. We were all there for the purpose of changing our country, and we happened to be making a film, but there were also times where we were filming as activists, since if you filmed some atrocity that was happening, you were a witness, and we were witnesses as filmmakers and our characters were witnesses. There was also a sharing of footage between people - if we filmed something that could be used as evidence or that was important to be seen, that footage was online that evening. There was a beautiful generosity on all sides because we were fighting for something bigger than ourselves.

Tribeca: You mention that at times you felt like an activist who happened to be there filming, rather than primarily there as a filmmaker. How do you feel like the technological progress in digital cinema has enabled such a thing to occur? I mean, with the ease of digital tools today, you can film while protesting with less effort  than may have been required in the film era.

Jehane Noujaim: Well, just because you can film something - I mean, just because you have a pen doesn't make you a writer. We filmed 1600 hours of footage, but that doesn't mean you have a coherent story - that's where the serious work of editing and constructing the story comes in. The incredible technology we have, to be able to film this stuff with small cameras and be able to film on the ground things that we couldn't film before, it's been amazing for filming verite, since when you're making a verite film you're relying on the experience of being invisible, so you can create the experience for the audience of being dropped into the middle of the revolution, experiencing it live. If people are aware of the filmmaking apparatus, that's difficult to do.

Because of the massive amount of footage we had, we needed a brilliant team of editors to put the film together

But all of this footage also makes for a more complicated process of editing it together. Because of the massive amount of footage we had, we needed a brilliant team of editors to put the film together - which we had. Our last editor, Pedro Kos, came on late and transformed the Sundance cut into the cut that's opening in theaters. He helped me make a much deeper, more character-driven story. But in terms of activism, you used to have the army being able to shoot at people with impunity. What's happening now, with the ability of anyone to film anything and then putting it online, you don't have the same ability to act with impunity that fascist regimes used to be able to get away with. The regimes in Egypt learned that.

Tribeca: Can you say more about your collaboration with Pedro Kos, the process of taking this political story and adding the emotional element to it?

Jehane Noujaim: Our collaboration was incredible. He's such an emotionally sensitive person, he can take a story and really pull the emotional elements out of it. The film that you saw is a film that can be watched by anyone around the world, and people can relate - it's a universal story about an emotional journey, rather than a story that can only be watched by people interested in the political happenings in Egypt. I wanted to make a film that resonated with people regardless of whether or not they were interested in Egypt at all. Showing it to students in high schools has demonstrated that it really worked out - kids come up to me saying that they were never particularly interested in Egypt before, but they tell me that they're really interested in the subject now, because they really relate to the characters in the film.

I wanted to make a film that resonated with people regardless of whether or not they were interested in Egypt at all.

Tribeca: It can often be challenging to strike the proper balance, in a political film, between dealing with the political components and dealing with creating character arcs, no?

Jehane Noujaim: I think that's exactly right. We had a lot of debates about, have we said enough about the political details? Have we over-saturated the film with them? Have we gone enough into the emotional story? It's all about finding that balance between giving just enough political detail for people to be drawn deeply into the story, yet not so much that they're not focused on the emotional journey of the characters. That specificity makes for a universal film. So it is always about balance.