The famed photographer comes into focus. 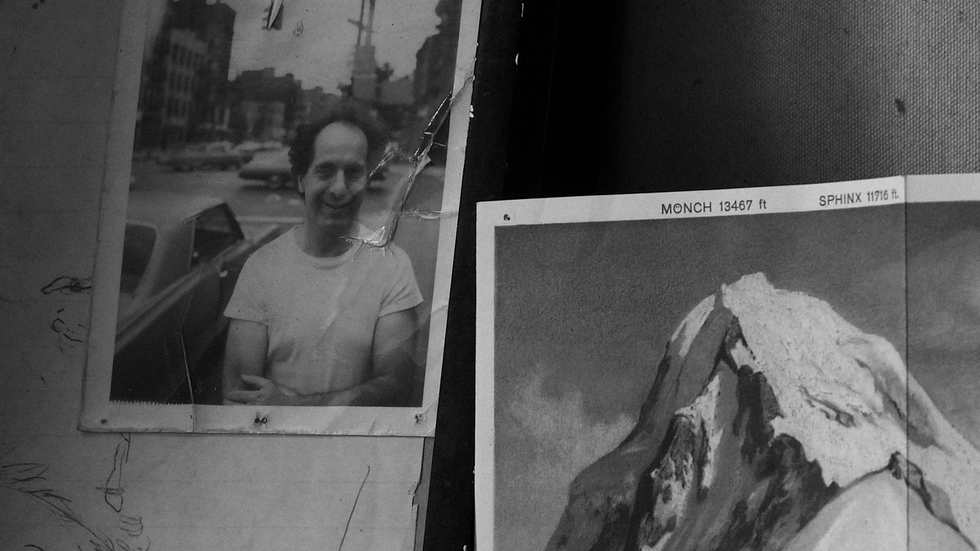 Don’t Blink is really more of an order than a title. Laura Israel’s documentary about her frequent collaborator, the celebrated still photographer and experimental filmmaker Robert Frank, is overwhelming in the best possible way. It's also, thankfully, a subtly radical change-of-pace from the recent spate of unadventurous profiles, not all of them art-minded, that know they can't possibly match the undeniable ingenuity of their central subject and thus don't even bother to try.

Too many documentary tributes to iconoclastic artists have become overly-fixated on redefining their subjects through conventional movie means, uncomfortably squeezing their life and work into a traditional rise-and-fall narrative that fulfills our need for drama but so often fails to offer any new insight into either the individual or the artistry that made them such a worthwhile figure for filmic tribute in the first place. Although centered in a more mainstream medium than Don't Blink, something like Asif Kapadia’s over-celebrated Amy, for instance, invests so much of itself in the tabloid-ready tales of Amy Winehouse’s self-harm and dissolution that it risks underselling Winehouse’s own mighty talent — and, frankly, it all leaves something of a bitter aftertaste.

Robert Frank is, of course, nowhere near as sensational a personage as Amy Winehouse. But rather than ignore Frank’s life altogether, Israel synthesizes standard bio-doc customs by conveying a fair share of his own affable personal side (as well as some respectfully-brief mentions of marital discord and familial tragedy) while nonetheless burrowing as deeply as possible into his extensive and legendary body of work, which so often speaks for itself and gets placed right where it belongs in the film: in front of our very eyes. Don’t Blink is the rare documentary — and Israel the rare documentarian-cum-cinematic curator — that understands that the best way to elicit both appreciation and understanding for an artist’s creations is to allow us to see these creations first-hand. And when the creations in-question are as electrifying and contextually-profuse as Frank’s, it’s especially hard to look away. His famously era-specific photography is so striking in the direct spontaneity of its gritty Americana, the scattered snippets of his films so arresting in their shaggy ecstasy, that as each of his works slips and seeps into one another, one can’t help but struggle to keep up. Israel certainly includes as much as she can, including exclusive footage of the infamously unreleased, Rolling Stones-commissioned Cocksucker Blues, a record of the band's turbulent North American tour following the 1972 release of Exile on Main Street that remains the most perverse and incriminating rock doc almost nobody has ever seen.

Even when the filmmaking itself isn’t exerting the same technical brio that Frank so effortlessly achieved, Frank’s pieces pick up the slack, with the big screen serving as an ideal, rotating gallery for Frank's stark and scuzzy realism. Together, Israel and Frank tell a remarkably complete story of a life and career so firmly entwined that it’s near-impossible to demarcate one area from the other. They allow us brief forays into the mind of the artist himself — not in that loopy Being John Malkovich way, but as active witnesses of a particular creative process, glimpsing Frank’s flares of inspiration from behind the camera as we are slyly invited to make our own judgment calls on the copious images that have been put before us. Not that the film is a purely intellectual experiment or even strictly deconstructive: one of the most casually pleasing moments in the film finds the now-91-year-old Frank driving around present-day New York, only to stop the car amid blaring sirens to converse with a man in a Statue of Liberty costume from the passenger seat of his car.

Don’t Blink - Robert Frank is biographical portraiture re-visualized as living and breathing collage, equally comprised of revolutionary artistic watersheds and painfully personal crossroads, all the while twisting and spreading itself so as to capture as much of life as its towering subject so indelibly encapsulates.

Don't Blink - Robert Frank begins a limited engagement this Wednesday, July 13th, at Film Forum, along with select screenings of Cocksucker Blues, exhibited for the first time in over 40 years.