Home » Tribeca News » “Every Character Is On Their Own Journey:” Chris Colfer on "Struck By Lightning"
View All News

“Every Character Is On Their Own Journey:” Chris Colfer on "Struck By Lightning"

Festival Flashback! Revisit our interview with Chris Colfer from TFF 2012 as the actor/writer discusses screenwriting, his own high school experiences, and the last minute casting of Rebel Wilson. Now playing on digital platforms and VOD nationwide. 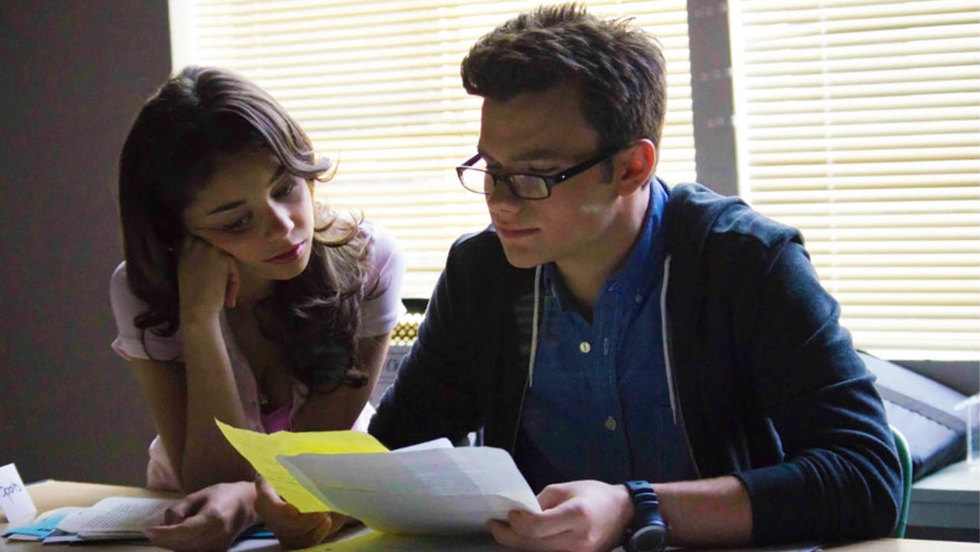 Carson Phillips was not your average high school senior. Motivated by his lifelong dream to attend Northwestern University and become the youngest editor for The New Yorker, Carson is eager to escape the small town of Clover. Although Carson is sure he is on his way to greatness, destiny intervenes. Carson is struck and killed by a bolt of lightning in his high school parking lot.

In the moments before his death, Carson recounts events in the last few weeks of his life which include a blackmail scheme, a troubled home life with a chemically-dependent mother (Allison Janney). and unsettling encounters with his estranged father (Dermot Mulroney) who re-enters Carson’s life with a new fiancée (Christina Hendricks) and a baby on the way.

We had the opportunity to speak to Chris Colfer in the weeks leading up to the world premiere of Struck by Lightning at the 2012 Tribeca Film Festival. He spoke candidly about working with director Brian Dannelly, the challenges and beauty of independent filmmaking, and how he hopes that Struck by Lightning inspires viewers to take a look at their own journeys.

Note: This interview originally ran as part of our coverage of the 2012 Tribeca Film Festival.

Tribeca: Tell us a little about Struck By Lightning. How do you describe the movie in your own words?

Chris Colfer: I would say Struck By Lightning is a very honest, dark comedy. It’s set in a simple environment, but carries a very important message.

Tribeca: As the writer (and lead actor), what inspired you to tell this story?

Chris Colfer: Many films targeted toward the teen audience these days are all about partying and promiscuity. I wanted to tell a story about a teen with aspirations, whose energy and focus is all dedicated to his life after high school, and not the typical quest for popularity. Carson isn’t after anyone’s approval, and not an ounce of him is living in the present; he’s all about setting himself up for the future.

Chris Colfer: It was rough. I was a major over-achiever, in my own right, except no one ever cared about the things I did. People wondered why I was so busy all the time, because the payoff wasn’t clear to them. I never really meshed well with the other students, even with the “lower class” cliques in the performing arts department. But unlike Carson, I cared what people thought about me. Carson is kind of guy who I wish I had been in high school; he actually says the things I always internalized.

Tribeca: I’m not giving anything away by saying that your character Carson dies in the very first scene. What led you to make that decision in your script? Did anyone pressure you to consider other endings?

Chris Colfer: I wanted to tell a story from the point of view of the person who dies, because I wanted him to look at the people dramatically mourning his death and say, “You’re full of it, we weren’t friends.” It’s kind of the point of the whole movie, so I was never encouraged to explore alternative paths. And I guess that’s the beauty of independent film; you can mostly do what you want.

Tribeca: Various characters—Carson, Allison Janney’s character Sheryl—go through some pretty heavy story arcs. What do you want audiences to take away from the film?

Chris Colfer: I hope the takeaway is that life is much better when you have something to live for. Every character is on their own journey and learns from each other. Carson and Sheryl’s relationship is very unique; she’s stuck in the past and he’s in a constant daydream of the future. If anything, maybe it’ll get viewers to take a look at their own journeys.

Tribeca: What's the craziest thing (or "lightning strikes" moment) that happened during production?

Chris Colfer: Easy: Rebel Wilson!  She was cast the night before she started shooting, and what a miracle it was. We were in such a limbo with Malerie, not knowing which direction to take the character in, and now I can’t imagine the movie without her. She’s brilliant!

Tribeca: From your perspective as an award-winning actor, what do you think makes a good director?

Chris Colfer: I feel like a good director should be willing to work with an actor. There’s nothing worse than being treated like a puppet. I love it when we can discover a scene together.  It was so great and fulfilling that Brian [Dannelly] and I saw pretty much everything eye to eye, especially since I was so close to the material. There were moments when we would walk up to each other on set and say, “I’m just pretending to be giving you a note to look official, but what you’re doing is perfect.”

Chris Colfer: Watching the movie with a real audience, not one made up of your friends and family. I want to hear and feel the honest reactions to it.

Tribeca: If you could have dinner with any filmmaker (alive or dead), who would it be?

Chris Colfer: I would have to say Tim Burton. I’m kind of a living Tim Burton character anyway.

Chris Colfer: I’m going to say When Harry Met Sally. I loved watching it as a kid for some reason. It was the first time I actually saw New York.

Tribeca: What would your biopic be called?

Chris Colfer: Whatever it takes to attract Meryl Streep to the leading role.

Tribeca: What makes Struck By Lightning a Tribeca must-see?

Chris Colfer: I'm kind of biased, but I think that Struck By Lightning is the type of movie that really makes you feel. It's funny, it's sad, it’s original, and I hope people connect with it… and that it inspires them to wear rubber-soled shoes.

Struck By Lightning is currently available on VOD nationwide and digital platforms.

'Every Character Is On Their Own Journey': Chris Colfer on 'Struck By Lightning'

'No One Gets a Free Pass In Life': Brian Dannelly on 'Struck By Lightning'