Home » Tribeca News » Looking for the Real: Holly Hunter Talks THE BIG SICK and the Roles She Wants to Play
View All News

Looking for the Real: Holly Hunter Talks THE BIG SICK and the Roles She Wants to Play

One of our greatest living actresses gives a stellar supporting turn in one of the year's most idiosyncratic comedies. 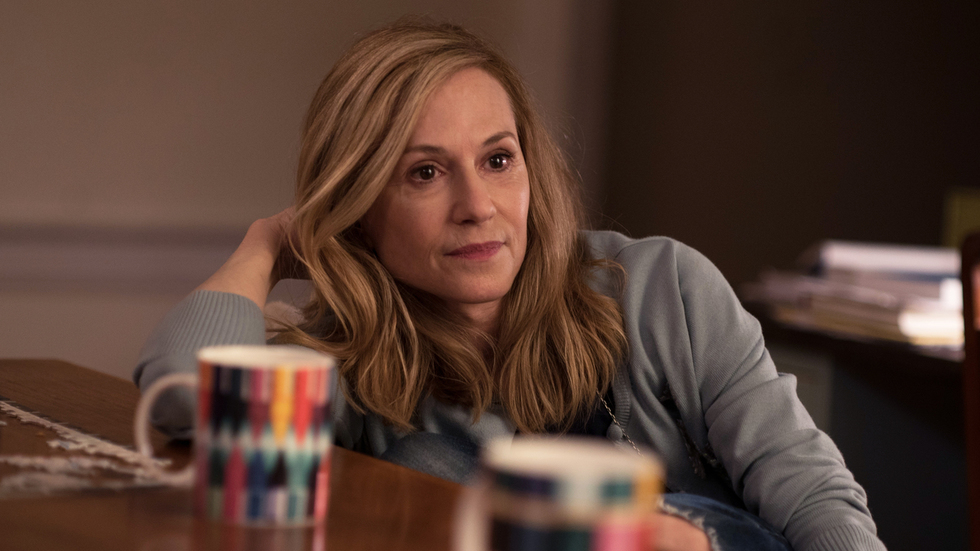 Few screen actors have moved as seamlessly and sublimely between comedy and drama as Holly Hunter. Although taken for granted in recent years, Hunter’s masterfully adaptable talent seems to exist on an entirely different plane than that of her peers and has carried many a precarious movie over the course of her more than three-decade career. Hunter has proven to be an ever-renewable generator of indelible and wondrously specific character creations, each of them capable of provoking unadulterated delight and unanticipated catharsis in viewers. In a profession where any actor would be lucky enough to launch a single character even halfway as beloved as Raising Arizona’s Edwina or Broadcast News’ Jane Craig or The Piano’s Ada McGrath or The Incredibles’ Elastigirl, Hunter has distinguished herself as a supremely worthy interpreter of women, both human and superhuman.

Hunter is used to wry and captivating effect in Michael Showalter’s endlessly endearing new romantic comedy The Big Sick, a dramatization of the less-than-ideal courtship between screenwriters Kumail Nanjiani (who also serves as leading man) and Emily V. Gordon, the latter of whom slipped into a coma during a break in the couple’s early relationship. As Beth and Terry, the parents of Zoe Kazan’s comatose Emily, Hunter and co-star Ray Romano make for one of the summer movie season’s most pleasingly unconventional pairs, movingly and just as often hilariously enacting an exceedingly honest marriage that soon turns out to be somewhat more troubled than initially assumed. Hunter pours her warm tenderness, firecracker energy, and pragmatic sensibility into the character, providing us with one mightily crowd-pleasing face-off opposite a racist heckler at a stand-up show and yet another memorable entry in her impressive stable of characters etched from all walks of life.

Here, Hunter opens up about working alongside Kazan and Romano, the benefits of improvisation, and the types of characters she’s always searching to play.

Was The Big Sick a project you were directly sought out for or one that you went after?

[The filmmakers] came to me with an offer. I was, of course, interested without even having read the script because Judd Apatow was producing. And he’s so intelligent and so funny. I just loved This is 40 and Bridesmaids. He’s just got incredible taste and puts together fantastic, unexpected casts. So I was immediately captured by the offer and who it was coming from. Then I read the script and I thought it was other. It’s a rom-com but, like… What? It just had this feeling of, like, Really? It just had to be real. It wasn’t even that it made me say, “Ooh, is this a real story?” It just felt so authentic, so lived. And I loved that. So it was easy to say yes.

You have such casually charming chemistry with Ray Romano. I’m always curious about how actors approximate such intimate familial relationships on screen, particularly between spouses who carry these entire pre-histories that almost always exist off-screen. How did you two go about making this marriage feel as achingly authentic as it does?

One of the things that I loved about working with Ray is that [he] has this great combination of being incredibly laid back and very receptive because he’s a brilliant stand-up comic. And stand-up comedy, I think, requires a certain amount of relaxation while also being alive to what’s around you. So Ray really excels in those two areas. And then he’s a real, hard-working actor. He does his homework. He knows what he wants to explore with the character before he ever gets to the set. I think he just answered a lot of questions and asked a lot of questions — of himself and of the people he’s working with. I admired and loved that level of commitment. It made me step up to the plate even more.

That was one of the things I loved about the script as well. It’s a very adult relationship. Their marriage — even though they’re going through a certain amount of conflict — feels good. It’s not like they’re fighting throughout the movie. They’re not at all. They actually feel very together. They feel very much in concert with each other, even though they’ve got this rift. And I loved that it wasn’t just, “Oh, they’re at loggerheads and now they’ve resolved that!” It felt complicated and really dimensional. And Ray was really happy to bring that [dimensionality] to the process. I had a great partner.

You also create a totally believable mother-daughter bond with Zoe Kazan, which may be an even tougher challenge considering the understandably diminished screen time you two actually share. Given the nature of the story, how did you go about intimating this mostly one-sided bond?

It was really important for me to have a mature marriage, where it’s clear that these people should be together. They have problems like any couple has but their problems are not insurmountable in this story. And I enjoyed that bringing kind of realness to life. The same could be said for [the mother-daughter relationship]. I was so happy to be a part of a female relationship on screen that had real, true intimacy and not just play a mama bear who’s going to be really protective of her daughter. She knows her daughter. Her daughter reveals stuff to her. At the beginning, when I say to [Kumail’s character] that I know all about [him], it’s because our daughter has told us. [Zoe’s character] feels safe enough to tell us these things. And at the end, when I say it’s time for [Ray’s character and me] to leave [Zoe], it was so great to have this mother saying, “No, it’s time for me to leave.” She’s not a stereotypical control freak. She’s not trying to insinuate herself into her daughter’s life. She’s in her daughter’s life because her daughter wants her to be. And I just thought that was a great, healthy, wonderful thing for two women to get to express. And then there’s Zoe, who is way easy to have chemistry with. Zoe could have chemistry with a fencepost.

The Big Sick relies heavily on improvisation. To what extent had you attempted that before?

I went to a conservatory [at Carnegie Mellon University] for four years. Improv is something that I’ve done before. And there’s always some amount of improvisatory work that happens in a movie. I think The Big Sick is being much more celebrated for that because it has stand-up comics inhabiting a great portion of the movie. But there was also a tremendous amount of it that was already scripted. And we adhered to the script for a lot of scenes.

In this case, did you feel improv brought out anything unexpected in your performance?

It was interesting because we rehearsed a lot for this particular movie. And we rehearsed by spending time with the script and talking about what we could expect and ask for from each scene, but also about what we could drive in terms of moving this story forward. I thought that was the most impactful, most important stuff we did in preparation for doing the movie, spending time with the actual script, which was not [improvised] and was very much written. But it was also really fun to have improvisatory times and also have Mike Showalter go… [Stands up, taps me on the shoulder] “Hey, say this. Act these two lines.” And we’d go, “Yeah, yeah, yeah!” It was kind of an impetuous process that I really enjoyed.

So many of your performances have served as formative moments for film lovers of numerous generations, myself included. However, I was wondering if there are any films, from either the big or small screen, that you feel might have been underserved in their time and deserve to be rediscovered?

I very much loved the character that I played in Living Out Loud, a movie I did in the ‘90s. I loved Living Out Loud. And there was actually a movie that I did called Woman Wanted that Kiefer Sutherland directed and acted in, along with Michael Moriarty. I thought it had some real beauty to it. But I don’t even know if it got distribution. 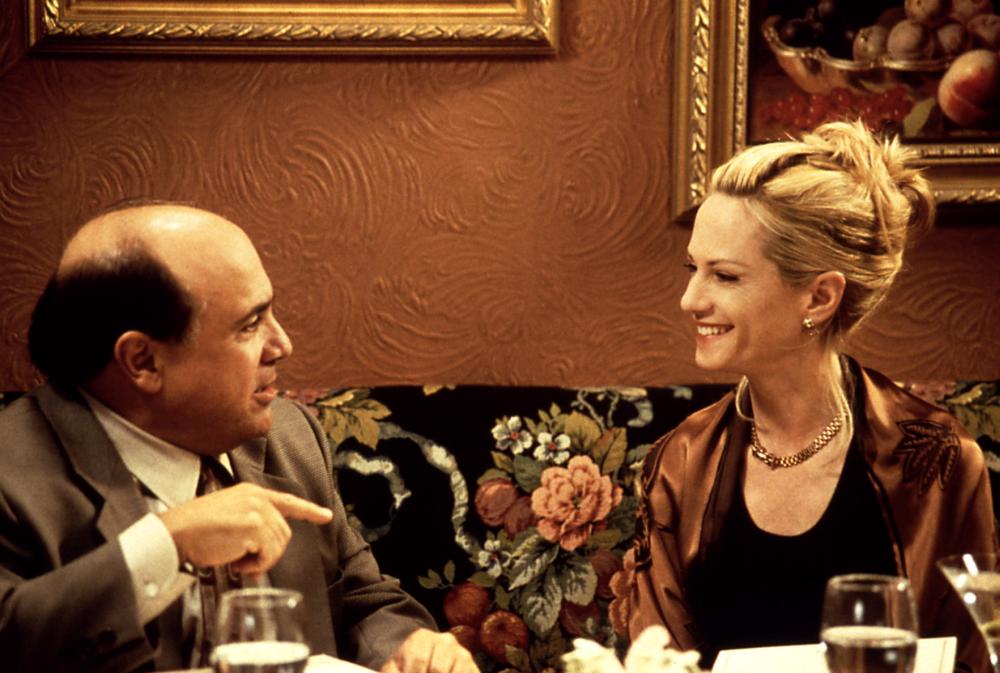 In recent years, actresses have talked with greater frequency about how television has come to fill the void for female stories that was left open by mainstream moviemakers within the past decade. But you have always been a performer who has worked prolifically within both film and television, even before the latter became a more inclusive and opportune haven for actresses. What roles are you interested in playing at this stage of your career? And does the choice of medium ever influence your decision-making about whether or not to take on a part?

I’m looking for real people. I’m looking to play three-dimensional characters who are unfolding and have more to be revealed. I want to play people who are unexpected and dangerous and real and [have] a wonderful sense of humor and are flawed and feel like a whole human being. Those are the hopes that I have. And sometimes that is not always there in my career. And I have had to make choices to play parts, even without [those aspects] being there because it’s good for actors to act. It’s good to make a living. It’s good to make money. There are demands that I’ve certainly wanted to fulfill in my career so I’ve done stuff that I’ve loved and stuff that I haven’t loved. And I think that I’ve been working for almost four decades. And that is what a career gets made up of: many, many different choices for many, many different reasons.

Television certainly steps in and helps actresses out a lot by affording us lots of different opportunities. But there’s still nothing like doing a two-hour movie and the impact that that two-hour movie can have on the lives of other people.