Home » Tribeca News » ‘I, Origins’ Mike Cahill On Why Filmmakers Are Heading to TV
View All News

‘I, Origins’ Mike Cahill On Why Filmmakers Are Heading to TV

The writer/director chats with us about his latest movie, the importance of rehearsals, and why scientists are just like us! 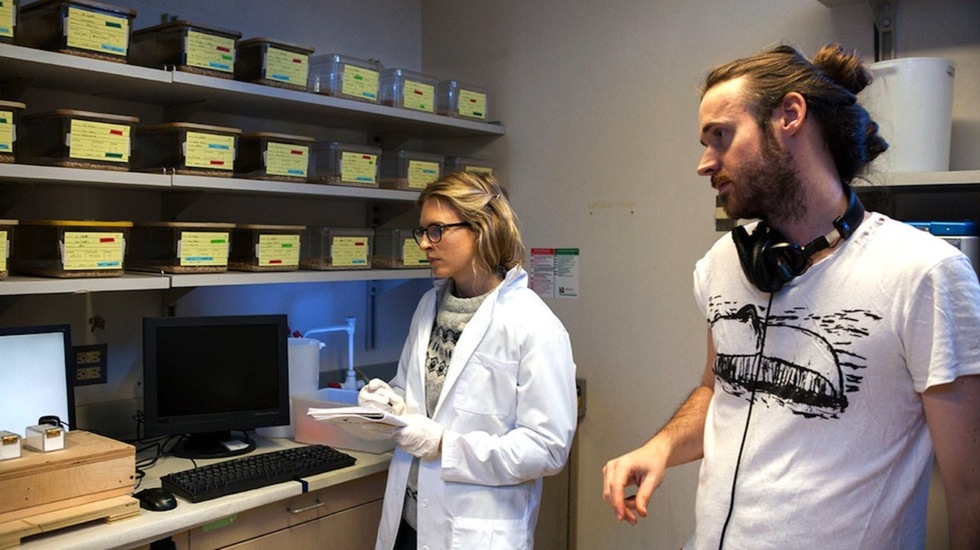 Mike Cahill, writer/director of the 2011 Sundance hit Another Earth, is back on the indie scene with I, Origins. His latest entry in the science fiction genre is an engrossing story about a scientist who makes a discovery about the human eye that impacts our notions of spirituality and, most of all, love. Cahill reunites with frequent collaborator Brit Marling and brings in new friends Michael Pitt and Steven Yeun to create a stunning metaphysical  thriller that surprises and challenges its audience.

We got the chance to talk to Mike Cahill about the Festival experience, how he creates his characters, and why I, Origins would make a great TV show.

Tribeca: I, Origins premiered at the Sundance Film Festival. Since you are a vet of that Festival, what are the most important things for filmmakers to take from the experience?

Mike Cahill: First of all, I am unbelievably indebted to the Sundance Film Festival and Fox Searchlight for bringing me a life and a career. I always liken the experience to having my right hand and my left hand lifting me onto the boat and saving me from drowning. I’m not naïve to the fact that I am so lucky for having been at that Festival.

I think the best thing young filmmakers can do at a Festival is not to network per say, but to find friends and crew that they want to make movies with. Or they should work to further strengthen their bonds with creative collaborators. They have to find their tribe. I have Brit, Michael and a crew of really talented, wonderful artists whom I admire fiercely. We make sure our collective work gets better and better.

Television has a different shape and offers so much more freedom to explore characters and possibilities.

Tribeca: I, Origins is a challenging film, in a good way. How did you find that delicate balance between love and science while staying true to your script?

MC: I love science, and I love love [laughs]. Scientists are some of the most romantic and funny people in the world. They are passionate, creative people, but they don't always get to be portrayed as such in films. I wanted to change that. I wanted to capture the spirit of the real PHD student who’s pursuing discovery and who also has a life! While these characters are trying to increase the sum total of human knowledge in a laboratory, that’s not all they are.

Tribeca: Do you typically create a character with an actor in mind or do you remain open as to casting while you develop the character?

MC: It can be either way. Sometimes I write with somebody in mind, and other times I write with an archetype in mind. In this case, I had written a fifteen page treatment about the character of Ian Gray, and then I met Michael at a coffee shop in Brooklyn. We were hanging out, and in the middle of the conversation; I just knew he would be perfect as Ian Gray.

I pitched him the story, and we agreed that I would move forward with the project. I turned that treatment into a script with him in mind. So initially, I created the character thinking about nobody in particular, and then I wrote the script thinking about him—realizing that he could do this brilliantly. It would be like nothing he’s ever done, and he would kill it because he’s perfect.

Tribeca: You also gave Steven Yeun his first role in an indie movie.

MC: He’s the best [laughs]! He raises everybody’s game up.

Tribeca: He’s not the main focus on the film, but he really has this incredible on-screen presence.

MC: He’s so generous as a human being and as an actor, and it just permeates. Steven is the ocean that lifts all of our boats.

Tribeca: So how do you approach the actor/director relationship? Do you encourage rehearsals or just conversation?

MC: I like rehearsals because I like to change things in rehearsals. Rehearsals are incredibly important to the process. I like to have the time because the script changes dramatically once actors get involved. Even though you have a certain kind of ownership over the characters you create, they are not entirely yours. When an actor gets involved, they go down deep pursuing hidden depths of their singular character that you might not have even thought of. All of a sudden, they’re pulling up incredible gems and they become this resource for you as the writer to make it better. I take advantage of that, completely.

Even though you have a certain kind of ownership over the characters you create, they are not entirely yours.

Tribeca: There’s a scene at the end of the film that hints that there are many more stories to tell in the world of I, Origins. Would you ever consider doing a television series based on your film or a sequel? Was this an intentional cliffhanger?

MC: Yes. 100%. If someone wants to make that happen, I’m ready to make it. I just have to open up my computer, and I have everything written already.

Tribeca: There have been a number of indie filmmakers flocking to the small screen in recent years. What about television attracts them in your opinion?

MC: I think it’s the possibility to tell stories over a longer duration. You can go deeper. Television is fascinating. As a filmmaker, you generate hours of material that you really have to work hard to turn it into 90 minutes. You lose a lot of things. The story becomes  very mathematical. A protagonist has a want, or a need—he or she goes after  the want. It’s very act 1, 2, 3. You try to make it all disappear, but that kind of propulsion shapes most theatrical films, but television has a different shape and offers so much more freedom to explore characters and possibilities.

I, Origins is now playing in select theaters. Click here for showtimes.