Peter Heacock is one of the few Viners out there who doesn't stick to any one genre in particular. We sat down with him to talk about how he constantly reinvents his style, and how Vine may impact advertising, a field he works in full-time. 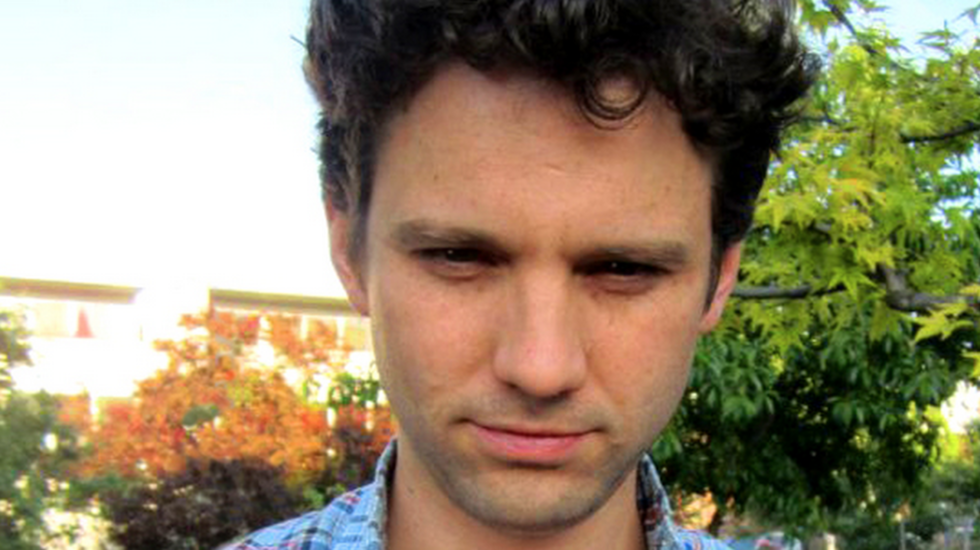 Peter Heacock runs First Capital Pictures in Philadelphia, a small production company that creates dynamic advertising campaigns for broadcast and the web. He is also a father and a husband. But, on Vine, his persona expands even further, exploring terrains both new to him and to his viewers:

Tribeca: Your Vines are quite diverse, ranging from cute shots of your baby to optical illusions to character impersonations (like Mr. Heacock). What made you decide to branch out and try everything instead of trying to market yourself with only one type of Vine?

Peter Heacock: Vine is challenging and fun. It's given me the opportunity to be creative in ways I've never imagined. For example, I had never animated anything until four months ago. I get better with each attempt. Also, I'm not a great actor, but I've had to turn the camera on myself to create content... My son has no choice, so he's a participant by default. In the beginning I would lose people when I tried new genres, but now it seems that everyone is on board is excited to see what I might post next.

Tribeca: How much planning goes into a Vine? How soon after you have an idea are you ready to film? And how long does the average Vine usually take you? (Basically, what's your process like?)

PH: I'll run into an idea and jot it down. Some ideas sit for a week or so or some I'll shoot in 20 minutes. A lot of the Vines with my son are shot in the moment because of the situation or his mood. In my latest Vines, I use rear projection and I perform in front of the image. That technique takes a lot of planning and experimentation.

The best Vines use the limitations of the app to their advantage.

My best Vines are the ideas that grow and take a full week to become something more. Adding an element or two to the original idea is what makes a good idea great. When I'm finally ready to film a Vine it usually takes about an hour.

Tribeca: One Vine that really stood out was the one of photos of your son from a whole year. And as mentioned earlier, many of your Vines involve adorable exchanges with your son. Do you see Vine as an ideal medium for recording these important moments?

PH: A father teaches his son. Each lesson is simple but important. In the past, this might be recorded as a home movie...a movie that no one will watch because many will never be edited. The edit on-the-fly aspect is what makes Vines simple and shareable. The short length and the looping video make a Vine similar to a memory. It has become an ideal medium to capture little movies with my son, but those movies are scripted.

It's a terrible medium in which to document a real event or the real moment. The camera needs to run for a long time to catch the real moment. Documentary on Vine is rare. But when those real moments happen, people really react to them.

Tribeca: You're a co-founder of Unpopular Now, which posts and recognizes some of the best Vines on the internet. How did this group come to be, and what's your criteria for a great Vine?

PH: The early days of Vine were exciting. People gravitated towards one another based on mutual respect and their ability to create good content. Nick Mastodon reached out to a bunch of us and we formed a group. Out of that group came the idea to contribute towards a channel that benefitted the community.

We want to recognize the amazing talents on vine and help spread their greatness. A great Vine is simple, creative or funny, and unexpectedly clever. The best Vines use the limitations of the app to their advantage.

Tribeca: You're also part of the First Capital Pictures, a Philly-based advertisement production company and have created some pretty awesome video ads (I'm a fan of Philly Beer Week, personally.) Do you anticipate your clients eventually asking you for Vine advertisements instead, and do you think that Vine is the future of advertising?

Vine will be a tool in the arsenal. Eventually Vines will be a vital part of any advertising campaign. A campaign that grows in length and complexity as the size of the screen grows. Longer commercials will always exist on bigger screens, but all ads and apps are going mobile, and Vine is a perfect fit for the small screen. I'm positioning my company to handle all aspects of online advertising.

I've created a series of Vines for TuB Gin. Sennheiser USA has also reached out to use my Vines. The future of online ads will come in two forms—short and to the point—give me your spiel and move on... OR give me something great and creative and I'll will pass it on to my friends because it's awesome and noteworthy. For example, Target's Vines are perfect. They make pretty and creative things. I shop at Target because their Vines are awesome. I'm not kidding.

Contests are a great way to limit yourself and to be noticed by people that can spread your talents.

Tribeca: What Viners and comedians inspire you the most? Who would you love to collaborate with?

PH: I love anyone that can tell a story in six seconds. I love my buddy Simply Sylvio and I'm lucky that he lives in PA. We shot a few Vines together and it's been gold. I love Keelayjams, Jason Mante and j e s s. They butter my toast and I'd love to work with them. Ian Padham is ingenious. Josh Darnit is super funny and brilliant with the app. Kingdaddy, Woodsie, Nick Spears, MJ Riggins and Justin Terio are the funniest people on vine and I'm trying to find ways to collaborate despite living across the country. Rudy Mancuso and Nicholas Megalis are so good and multi-talented. The #88C crew of One Thousand Out, Nelcam, Jehreh, and LimLimma play the app like an instrument and I'd love to work with them. And the animators too - yelldesign, Meagan Cignoli, Pinot, and Tee Ken Ng- truly inspired people. I'd love to work with them all. I hope we will!

PH: The creators of the app, Rus, Colin and Dom are software artists. I've never encountered another social media platform that inspires such creativity everyday. I really think they care about the content and well help draw eyes to the moving pictures that are most deserving.

I do wish it was easier for people to find other content besides comedy. I wish it was easier to collaborate with people around the world, but uploading videos will be a bigger negative than positive. Honestly, I”ll leave it up to them. I'm grateful for my new friends and community and the designers of the app have a lot to do with the strength of that community.

PH: I've uploaded some of my Vines to Instagram. I'm a fan of Instagram, but it has that Facebook mentality. The Twitter platform is all about connecting with people you don't know who are like-minded. The Facebook platform is about the people you already know. I'm more interested in finding new and exciting people and opportunities.

PH: Be positive. Be creative with the limitations. Be vulnerable. And enter contests. Contests are a great way to limit yourself and to be noticed by people that can spread your talents. Also, collaborate... Vines are always better when it's team effort.

Julia Pugachevsky is Tribeca's Vine Correspondent (among other things). Check out her round up of the Week's Best Vines every Friday morning on TribecaFilm.com, and come back next Wednesday for another interview with an expert Vine user (and see last week's, with Matt Willis/Yelldesign).