At Festival's end, here are the moments, movies, and performances that will stick with me. 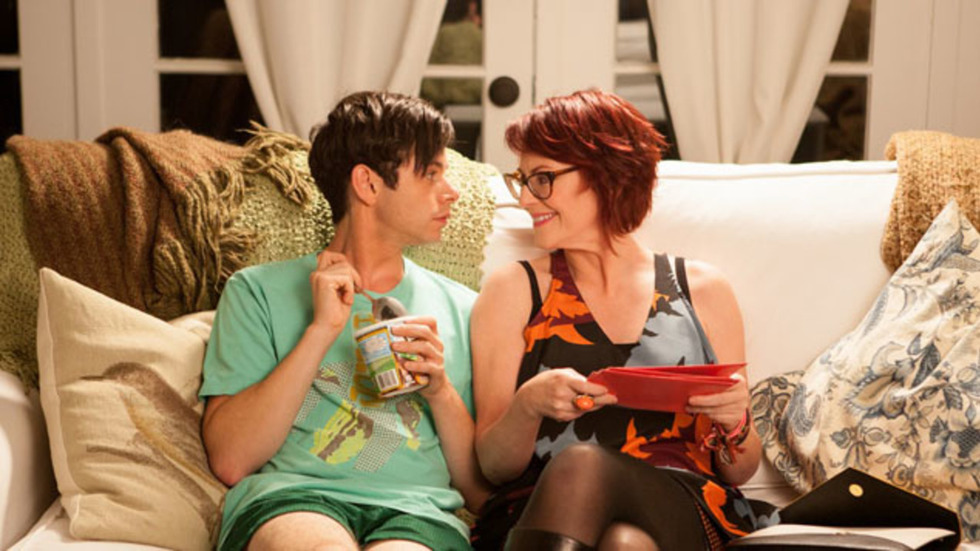 Look, I work here. You know it and I know it. (As a freelance contributor, but still.) So when I say that the 2013 Tribeca Film Festival was one of the most incredible experiences of my life, you're going to take that with a grain of salt. That's your right. But I'm telling you, straight from my heart: for a boy who grew up paging through his Leonard Maltin movie book, exhausting my local Blockbuster's supply of videos, the idea of spending a week hopping from theater to theater, seeing movie after movie, among like-minded friends, colleagues, and strangers ... it was hard not to experience this first festival of mine as a dream come true.

I managed to see 22 films in 9 days, a staggering number that doesn't even represent a fraction of everything that was available. I guess that's the goal for next time. 23 movies, at least. I'm a list-maker at heart, so in looking back at my festival experience, I tallied up my very favorite things, the elements and moments and movies that I will most vividly remember once TFF2013 becomes a wonderful blur.

The Before Midnight script: Richard Linklater, Julie Delpy, and Ethan Hawke got together once again with another movie that pokes into the difficult corners of romantic relationships. There was a warmth to the audience's reunion with Jesse and Celine, but this wasn't a fan-service sequel. The writing is sharp and at times quite cutting. In many ways, it's the harshest of the three films in the series, but that also makes it so rewarding.

Jack Reynor in What Richard Did: As the title character in this Irish adolescent drama, Reynor undergoes a remarkable transformation without the benefit of makeup or severe costume changes. The incident that the title refers to may split the film starkly in two, but Reynor's evolution from high-school golden boy to tortured wretch is handled much more gradually, to the film's benefit. Reynor's a star in the making -- you try resisting that face -- and he's off to a hell of a start here.

Emma Roberts in Adult World: I was not prepared for the performance Emma Roberts delivered in Adult World. Up until now, she'd played sad-eyed objects of affection for sad-eyed boys in movies like It's Kind of a Funny Story and The Art of Getting By, give or take a teen screamer in Scream 4. I suppose my best indication that she was ready to break out into something more was when she played a Ke$ha-like pop star in Celeste and Jesse Forever. Still, I wasn't at all expecting how comically on-point she was as the lead in Adult World. Her character is a nightmare of collegiate/artistic pretension, and Roberts wrings it for every laugh its worth, with her physicality and crack timing. I can't wait to see where she goes from here.

G.B.F.: Darren Stein's film has stuck with me like few others have throughout the festival. Beneath its veneer of over-eager edginess and hyper-verbosity pulses the heart of a film that boasts wide-ranging empathy and the brain of a movie that has some smart insights about how we present gay people in entertainment (and our lives). I could single out more than a few elements of G.B.F. for special commendation, from Paul Iacano's full-body flailing to Megan Mullally's screamingly funny Brokeback Mountain commentary, to Natasha Lyonne's welcome comeback. But honestly, it's the whole package. I can be an easy mark if you present me a movie that cares about its characters this much and challenges its audience to do the same. G.B.F. hit me where I live.

The Unexpected Studiousness of Teenage: I'm not sure what I was expecting with the documentary Teenage, but I don't think I was prepared for the deep dive into history that I ended up getting. What a fascinating portrait of early 20th century conceptions of childhood and how war can shape not only national boundaries but the emotional borders between generations. From the sense of betrayal felt by the World War I generation to the eye-opening era of the Bright Young Things, Teenage refuses to gloss over adolescent history just to get to the part where teens rule the cultural landscape (i.e. today). Much respect for that.

Felicity Huffman in Trust Me: If you know me at all, you know it takes a lot for me to talk about anyone but Allison Janney in a movie where Allison Janney appears. And while Janney is great in Clark Gregg's directorial effort, it's Huffman who steals the scenes from just about everyone as a top-level Hollywood executive. Bring on that post-Desperate Housewives career surge.

Farah Goes Bang: Here's another one where I could isolate an element or two that I loved, but the bottom line is that Meera Menon's film from her and Laura Goode's script was one of my very favorite films of the festival, period. The road-trip tale of three college girls canvassing for John Kerry in 2004 is full of honesty, comedy, and well-earned sentiment. These are not girls going through the motions of on-screen friendship in order to service wacky scripted adventures. There's great skill and care in the writing and acting to make these women flesh and blood, and their investment in Kerry and the ultimate letdown is a nice melancholy backbeat to what is, as the title suggests, also a story about losing one's virginity on the road. It takes a light touch to make it all work, and watching it come together so beautifully was a treat. Menon took home the inaugural Nora Ephron Prize for the film and deservedly so.

Evan Rachel Wood singing in A Case of You: Forgive me for having forgotten almost entirely that Wood sang constantly as the lead in the Beatles-infused Across the Universe. But watching her take the stage for a very brief scene in Justin Long's A Case of You was a great reminder of the lovely voice she possesses. More of that in the future, please.

Rob Bowman in Elaine Stritch: Shoot Me: One of the flat-out most enjoyable films of the 2013 Tribeca Film Festival, Elaine Stritch: Shoot Me also boasted the festival's most affecting love story. The twelve-year relationship between Stritch and her pianist/musical director/companion Rob Bowman is the stuff of true affection and devotion the likes of which will almost certainly bring a tear to your eye. Bowman emerges as a quite unexpected star in the film, bantering with Elaine on stage, feeding her lines, checking her blood-sugar offstage, talking her through more than a few health scares. It's a beautiful partnership, and one that translated to the Q&A after the film, where Bowman and Stritch's gorgeous young assistant Hunter were there to make sure Stritch was well taken care of.

Gemma Arterton in Byzantium: So many performances took me by surprise at the festival this year, and few more pleasantly than the work Arterton does as a vampire/prostitute/mother in Neil Jordan's Byzantium. She's an electric presence on screen, able to shift from misty melodrama to grimy, earthbound survivalism, often in the same scene. She's the film's most difficult character, but in the end the most rewarding one, and by playing her so perfectly, Arterton won herself a fan in me.

Emile Hirsch and Paul Rudd in Prince Avalanche: David Gordon Green's return to All the Real Girls-style lived-in, understated comedy was made all the more welcome by the delightful interplay between its two leads. They bounce off each other at odd angles, unafraid to look goofy, but never willing to abandon their respective characters' sense of selves. The "odd couple comedy" is an old trope, but it's also one that's easily freshened up by a pair of likeable performances, and Rudd and Hirsch hit the mark for sure.

The World's Most Unexpected Rent Reunion: It's due to a surprise cameo, so I'm not even going to tell you what movie it was in. If you saw it, you know what I'm talking about. If you didn't, I guess you'll just have to go through the Tribeca features one by one until you come upon the right film. I will say, it was a rare moment of delight in a film that didn't offer very many of those.

The "Safe Haven" Portion of V/H/S/2: As with any good horror flick, I jumped and yelped and laughed and cringed at a lot in V/H/S/2, but there was nothing so relentless as the freakout-upon-freakout stacking game that happens once "Safe Haven" gets going. There are horror films that will withhold from you until you're tense enough to snap in two. And there are other horror films that will just keep throwing everything they've got at you, until you feel actual panic at the onslaught. "Safe Haven" is the latter, and it was the most wonderfully visceral experience in a festival full of wonderful experiences. V/H/S/2 was my 22nd and final screening of the 2013 Tribeca Film Festival, and I sure went out on a memorable note.