Kate Bosworth on ‘Still Alice’ and Working With Julianne Moore

We chatted with Kate Bosworth about ‘Still Alice’ and how her creative process has changed throughout her career. 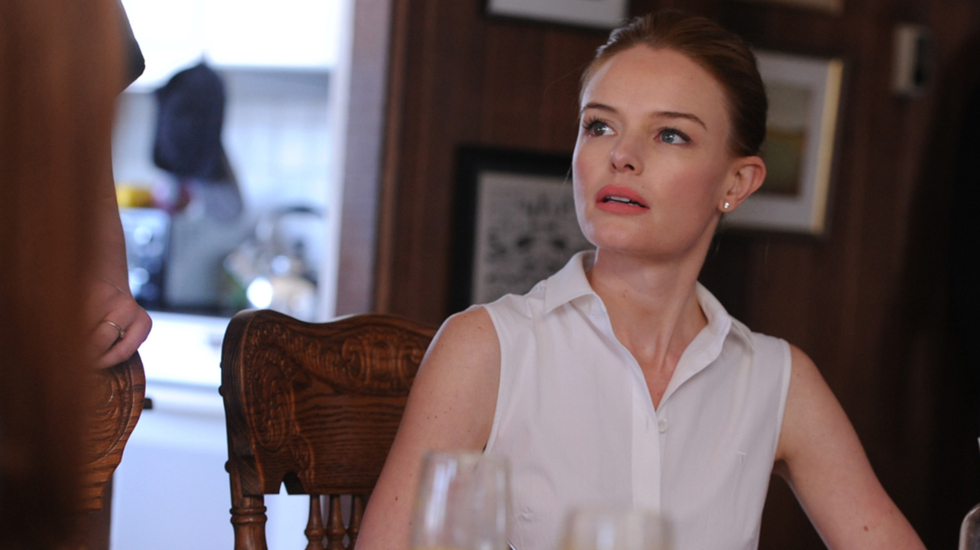 Richard Glatzer’s and Wash Westmoreland’s Still Alice features a trio of powerful female performances from TFF alums Julianne Moore (The English Teacher, TFF 2013), Kristen Stewart (Fierce People, The Cake Eaters, TFF 2005 & 2007) and Kate Bosworth (While We Were Here, TFF 2013). Moore received an Oscar nomination for Best Actress for her role as Alice Howland, a linguistics professor diagnosed with early on-set Alzheimer’s disease. Stewart and Bosworth play her two daughters who must deal with their mother’s diagnosis as well as their own genetics.

We got the opportunity to speak with Bosworth about how she came on to the project, the world premiere at the 2014 Toronto Film Festival, and learning about the craft of acting from none other than Julianne Moore and Alec Baldwin.

Tribeca: Why were you drawn to an independent film like Still Alice?

Kate Bosworth: If I’m drawn to the script, I will be interested in the project whether it’s a smaller film or a big budget movie. Plus, I always take into consideration the filmmakers, the character and the other actors involved in the project.

Tribeca: Were you familiar with Lisa Genova’s book before you read the script?

KB: In this particular case, I had already read Lisa Genova’s book before I even knew they were making a film adaptation. I have family members that are affected by Alzheimer’s, so it was something that spoke to me on a personal level. When I finished the book, I called my representatives and asked if they knew if anyone had the rights. It just so happened that someone did and was in the middle of casting the film.

Tribeca: It all sounds so serendipitous.

KB: Yes! I met with Richard [Glatzer] and Wash [Westmoreland] and explain how important and personal the subject matter was to me. I knew I could bring Anna to life if they would give me the opportunity. I am very, very blessed that they thought I could too.

I feel like when I hit 30, things started to shift for me as a woman and an actress.

Tribeca: So you got to be another fantastic addition to this acting ensemble.

KB: Of course! I’ve known Julie [Moore] throughout the years on a personal level, and she’s such an extraordinary woman. I admire her so much. She’s someone I look up to in all areas of life. I felt very fortunate to be able to work with her on a professional level. I also had the opportunity to watch her craft her character, which was something of a marvel to behold. I loved performing with her and Kristen [Stewart]. It’s rare you get the opportunity to work with two women in such a complex manner. I feel the three of us connected so well.

We were able to explore this family of women together, and we each brought something different to our perspective roles. It isn’t something I get the opportunity to do often. Normally—with being the female—you’re kind of the lone wolf on set [laughs], so it was really lovely to connect with them in that way.

Tribeca: Anna is the dutiful, responsible daughter as opposed to Kristen Stewart’s free-spirited Lydia. How did you approach that dynamic?

KB: We really didn’t discuss it that much. Every actor has a different approach to his or her work. I don’t like to rehearse very much. I like to have the camera roll and see what happens. Because of timing, that’s how we worked on Still Alice. There wasn’t a lot of time for discussion or rehearsal. Kristen inhabited her character so effortlessly and beautifully. I think, given the difference in our ages, there already was a different dynamic in place between us.

I don’t know if my character Anna had ever gone through a soul searching experience or had a need for that sort of self-discovery. I feel like she always knew what college she wanted to attend, what kind of degree she would get, what kind of man she would marry, when they should have a baby and so on. She was probably always targeted in that way. I like to think that Anna likes to feel and assume the grown up position more than Lydia, even though she too is struggling. I can definitely identify with that.

Growing up, I think I created armor for myself so that I would not be too vulnerable [laughs]. I love being at the age I am now. I feel like I’ve left all that behind. It was really nice to work with Kristen and see how she utilized this transitional/coming of age aspect of Lydia’s life to make her more open to her mother’s Alzheimer’s disease. That kind of openness makes Alice and Anna uncomfortable because they are women who like to think they are quite together. The switch happens when Anna is unable to deal with her mother on an emotional level and Lydia is able to come in and take over in that sense.

Tribeca: One of the most important scenes for Anna’s character development takes place in a conversation over the phone with her mother, which really struck me. How did you prepare for that scene?

KB: It was quite difficult, actually. I was really on the phone with Julie. Often times, you just have to pretend the other actor is on the line in scenes like that. I remember calling in to the line Julie was on as they filmed her on the streets of New York. It was very tactile in that sense. It didn’t seem so far removed from being real. It was really interesting to actually watch the film because as I we filmed I could only gauge the sound of her voice, which is all the information Anna would have.

I feel like Anna would have this mantra of “you just need to get through this” running through her head as she’s delivering the news. Being emotional wouldn’t help. However, what was interesting was that, despite her mantra, Anna’s still a daughter talking to her mother. There was this underlying heartache that needed to be conveyed through that conversation. You hear it through the sound of their voices. It was a very complex scene.

Tribeca: Can you tell us about your experience at the world premiere of the film at the 2014 Toronto Film Festival?

KB: I love Toronto! It’s one of my favorite Festivals. I love the audiences there—it feels like everyone is a true fan of cinema. They have such a wonderful, in-depth, appreciation for each film. Also, Julie was there and I was just so pleased for her. She had seen the film already, but I hadn’t, so I sat through and watched the premiere with the audience. There’s something so difficult about watching yourself on screen, whether or not you’ve lost yourself in the character. It’s confronting.

I saw her backstage and she asked me, “How did it go?” She was so nervous, of course, because this is her tour de force performance! I told her that she would be pleased and when she walked out on stage, she got this amazing, well-deserved standing ovation. It was quite overwhelming for her and really beautiful to watch.

Tribeca: I remember seeing Still Alice during its qualifying run in New York on a Saturday night at 9PM. After the movie, everyone just applauded.

KB: Yes! She’s always so brilliant. I think everyone has been curious to see what she could create with the character. I really took advantage of working with her [laughs]. I tried to ask as many questions as possible without being annoying!

It’s rare you get the opportunity to work with two women in such a complex manner.

Tribeca: I don’t think anyone would blame you!

KB: [laughs] I just want to learn as much as I can from the greats. There are so few of them. Whenever I’m given the opportunity to work with people like Julie and Alec [Baldwin], I jump at it. Both of them were so open with their experiences and so generous about their process.

Tribeca: You’ve been acting since you were so young. I vividly remember seeing Beyond The Sea in high school.

KB: I was just barely out of high school when I made it [laughs]. It’s crazy!

Tribeca: Have you found that your creative process has changed over the years?

KB: Yes, to some extent. I’ve always had an affinity for acting, but I’m from a small town. I don’t have parents in the industry, so I never had anyone who said to me, “you obviously love to perform, you should go to performing arts school”. So I had to learn through experience. You can have as much training as you want, but in the end, it does come down to your instincts when you are in the moment.

My first job was on The Horse Whisperer and I didn’t have a clue what I was doing. I just walked out on set [laughs. You have no idea! I auditioned for that film, had a bunch of callbacks, and got to meet Robert Redford. The process was really extensive. However, I was an equestrian and a show jumper, so I could really relate to the character on an intimate level. That’s the reason I was cast in that role.

I feel like when I hit 30, things started to shift for me as a woman and an actress. I began to feel settled. Just looking back at my late teens, early twenties, and even mid-twenties, all my friends who aren’t even in the industry were trying to figure everything and themselves out. When I met my husband, who is also a filmmaker, in my late twenties, I really started to understand my craft more and it became less mysterious honestly.

Tribeca:  How did that factor in on the set of Still Alice?

KB: When I was younger, I really used to tear into myself more [laughs]. I would get psyched up before a big, emotional scene and feel like I needed to dredge up things in myself for days beforehand. Now, I really just take a moment the night before to look over the next day’s work before I come to set. When I get there, I only need about 10 minutes to get ready and focus myself before a scene.

It was inspiring to watch Julie before her incredibly difficult emotional scenes. She would be chitchatting with me about cooking or baking up until the second they called action. Seriously. She could just flip a switch, be in the moment, and give an amazing performance. I’m still so astonished and envious of her!

Plus, she and Alec have already done all the work before they start shooting. They are able to come on set and be joyous about themselves and their work. Those two have definitely given me something to aspire to.