Thanks to her breakout role on ‘Skins, ’ Kaya Scodelario is already a household name in England. We talk to the actress about working stateside and being one of Tumblr’s most re-blogged women among other things. 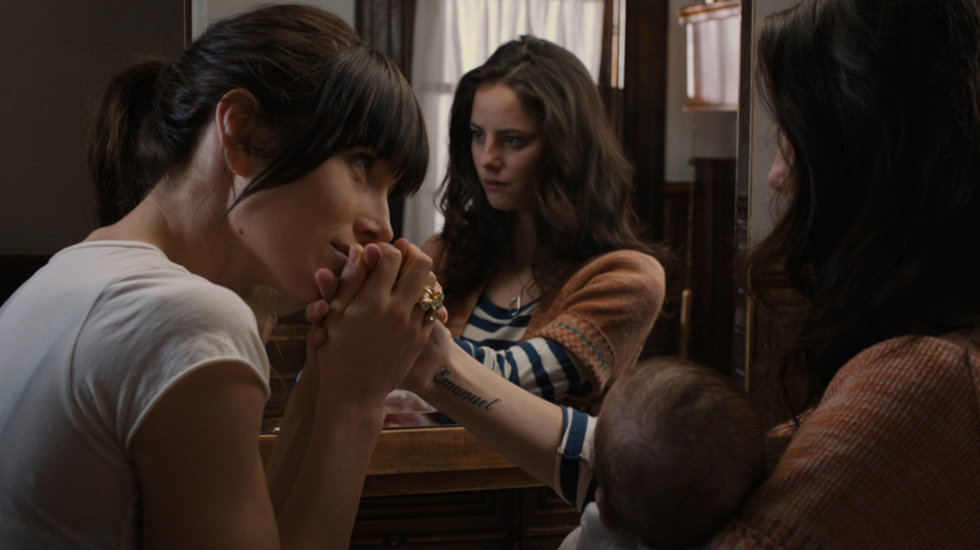 In The Truth About Emanuel, rising star Kaya Scodelario plays Emanuel, a troubled young woman who becomes engrossed in the lives of her mysterious neighbor (Jessica Biel) and her child. Reminded of her own mother who passed away in childbirth, Emanuel is drawn to the pair and unwittingly creates with them a fragile and strange world, which she strives to protect at all costs.

Scodelario turns in a tremendously complex and thoughtful performance in her debut US feature. We talk to the actress about her experience working on the film, female storytelling and The Maze Runner, her upcoming foray into the studio world.

Tribeca: What were your initial reactions to the script of The Truth About Emanuel? Can you talk about the audition process?

Kaya Scodelario: I fell in love with the script straight away, which I think is quite rare for a project. I also quite liked the idea of having such a strong female carry a whole film.  It was just magical.  I loved every word on the page, and I really, really wanted the part.

Tribeca: Aside from the American accent, can you discuss your research/ preparation process for the role of Emanuel?

KS: I didn’t really do a lot of research because I found it was easy to identify with her. She’s a young woman dealing with all these problems and trying to discover herself at the same time.  I wanted to work with the script a bit more instinctually and just go with it because things tend to change when you get on set. I wanted to work with Jessica [Biel] and to learn from Jessica’s approach so that our characters could grow together throughout the filming process.

Once I came into the media world, 95% of the scripts I read had a nude scene or the female character would be in her underwear for no reason.

Tribeca: From her first film, Tanner Hall, Francesca Gregorini has already shown she has a keen insight into the minds of adolescent females. What was your collaborative process like?

KS:  She’s brilliant.  She really does understand young women. Francesca puts her all of her heart and soul into the scripts she writes, and you really feel that when you watch the film. I knew straight away that she understood me, and I really felt a connection from the moment we met.

The audition process was also really unique. Instead of the typical process where you do scenes, our meeting was more of a conversation between us.  We just chatted about normal things and our upbringings and how we felt  on certain subjects.  Our connection was there from the start.

Tribeca: The Truth about Emanuel deals with complex themes like motherhood and female friendship. How important is it for female stories to be told? Why does it seem they are only being told in the independent film world at this time?

KS: It’s something that I’ve struggled with a lot, definitely since I’ve started my career.  My mum brought me up to be very independent and strong, never subservient. I’ve always been proud to be a woman.  Once I came into the media world, 95% of the scripts I read have a nude scene or the female character would be in her underwear for no reason. It’s really difficult and can be disheartening.

However, we have to focus on the good projects to give them the recognition that they deserve. Strong female leads need to be made more mainstream.  There are some wonderful, wonderful independent films being made with women of all ages. I think that’s what we should try and focus on.  There is still an imbalance between insightful, strong roles and stereotypical ones from my personal experiences, but I don’t think it’s a lost cause.

I continue to be blown away by the amazing female talent I’ve seen—both on and off screen. I think Hunger Games did a lot for that – having Jennifer Lawrence as Katniss has really turned the tables in the Hollywood side of it.  Hollywood seems to be catching up to the independent film world in terms of women taking charge. I’m excited to see what can come of this trend in the next few years.

Tribeca: You’ve recently finished work on The Maze Runner, which is also your first foray into the studio franchise world. Were you at all apprehensive about taking the role?

KS: It was a lot of fun. For me, honestly it was actually the same as making an independent film in many ways. At the end of the day when you’re on set and you’re working; it doesn’t matter what environment you’re in. The work should still be of the same quality, and you should still put as much of yourself into it as you would anywhere else.  But obviously there are nice positives – you get a lot more free food, which I really like. [laughs] There was chocolate all the time and cookies and stuff, which I thought was amazing.

The set was a great atmosphere, and the director, Wes Ball, was really fond of the idea of making this film.  His energy just fuelled you to work harder, and that’s important. I didn’t find the creative side of the project to be compromised by the money and the studio. Everyone behind The Maze Runner just wanted to make a really good, high quality film. And I think we achieved that. I had such a wonderful experience, much better than what I expected to be honest.

Tribeca: You are one of the most re-blogged actresses on Tumblr in 2013. As a young actress, how important is it to maintain a social media presence?

KS: I don’t know. I think that’s quite a difficult question.  It depends on how you look at it.  I really enjoy the social media because I feel like it’s a connection between me and other people. It also shows that I am a normal person.  I will Tweet about farting or I will talk about my dog weeing in the sitting room and stuff like that. [laughs] It definitely opens up those doors.

I think, as with anything, it can have its negative sides as well.  I’ve been really lucky. All of the tweets I get have been very positive and it’s interesting to see peoples’ feedback. They tell you what they want to see you in and what kind of roles they want you to play, and they ask all sorts of interesting questions.

Strong female leads need to be made more mainstream.

Tribeca: Is social media becoming part of the job requirement?

KS: I try to keep my Twitter as personal as possible, so I don’t tend to tweet the interviews or photo shoots. That wasn’t why I started it.  I use Twitter more to just get the crazy thoughts out of my head and put them out into the world. Maybe someone will like them or whatever.  I’ve tried to keep it more about me as a person than me as a professional, but a lot of people do use it that way as well.

I find it more interesting to just kind of be normal and have a laugh. A lot of my friends are on Twitter so I use it to keep in touch with people from abroad. Though, with a indie project like The Truth About Emanuel,  there isn’t a huge budget for publicizing it. I really love the film, and it’s nice to be able to share it with 300k people and tell them, “Check out this little film I did, it’s got a lot of heart and soul in it, you might enjoy it.”

Tribeca: As a young actress, you’re able to slip seamlessly between high-school age and women-on-the-verge roles. Is it an advantage or disadvantage to be in that age range as an actress? Does it matter if the roles are good?

KS:  I think it’s all about the role itself. I got really lucky that I started on a TV show that was focused on people my age. Before then, at least over here, there weren’t a lot of parts for teenagers apart from your stereotypical high school thing. I feel like now there are a lot more interesting stories told being told about people in my age group, which is great for me! [laughs] It’s the age when you determine who you are as a person and how you want your life to go ahead, what your focuses are going to be, and what you will do about boys and love and all of that bullocks! I think it’s a really interesting part of life.

The Truth About Emanuel is now available on VOD and digital platforms.