A Humble Plea: Give Kerry Washington Some Good Film Roles

The "Scandal" actress is doing such good work on TV, but the film roles have been thin. Where's her "Silver Linings"? 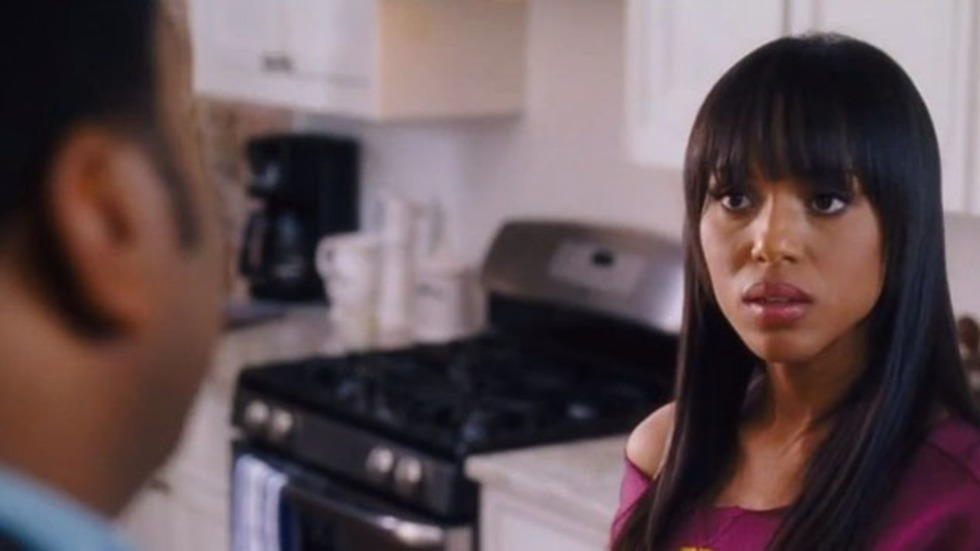 I'm not going to dress this up in any larger construct. Kerry Washington just needs better film roles. She's been working steadily in films for over a decade now, so it's not like she's so invisible, but the contrast between what she's been allowed to do on television -- where her ABC series Scandal has her front and center -- versus what she's been able to do on film has been stark and disappointing.

Up to and including this coming weekend's Peeples, here's a rundown of Washington's last 15 film roles:

Of those 15 movies, 8 have seen Washington play the part of "the wife" or "the girlfriend" (okay, in I Think I Love My Wife she played "the other woman"). Even in Django, a film that garnered much acclaim and for which Washington was placed prominently during its publicity push, the role was ultimately a damsel in distress for Jamie Foxx's Django to save. It's not a role you could see Washington riding to an Oscar the way she might have done with a Silver Linings Playbook level of narrative attention. This isn't to say that many, or even most, of the above roles didn't have merit. They were just limited in terms of either how much the character was allowed to do in the movie (Mr. and Mrs. Smith) or how small the film's overall impact was in the mainstream (films like Mother and Child and especially Night Catches Us are exactly the kind of stuff that Washington should be doing, it's just that they didn't end up making much of a splash).

Of course, the bigger problem is that quality roles in studio films are just not available in great numbers for women, period. So the competition must indeed be fierce. Even when you find a good-quality movie with a decent promotional push from a studio, like, say, The Place Beyond the Pines, it often offers great roles in abundance for its male cast while leaving its female characters -- and thus Eva Mendes and Rose Byrne -- somewhat underserved. So when you talk about actresses who should be getting better parts, there's an aspect of having to take from other good actresses.

I could say that Kerry Washington would have been a brilliant and interesting choice for Oz: the Great and Powerful, but then maybe I'd be sitting here typing about how Rachel Weisz isn't getting any big roles these days. I may think that Washington would have been an inspired choice for the lead in Zero Dark Thirty, but where does that leave another talented young actress like Jessica Chastain. Sometimes, it's just a matter of getting people to pay attention to the good roles that do come along. Michelle Williams gets noticed for Blue Valentine while Washington doesn't for Night Catches Us. That's the way it shakes out, I guess.

Still, I make my humble plea to producers and casting directors: watch your Scandal, and keep an eye out for roles for this woman. There's a lead role in a big film out there just waiting for her. Don't miss it.

Previously: Trailer Tunes: 'Girl Most Likely' and Icona Pop's 'I Love It'