The short film stars Academy Award Winner Robert De Niro, was written by Academy Award winner Eric Roth and is directed by the artist JR whose Unframed art installations in the abandoned Ellis Island hospital complex serves as the set for this powerful and timely film. 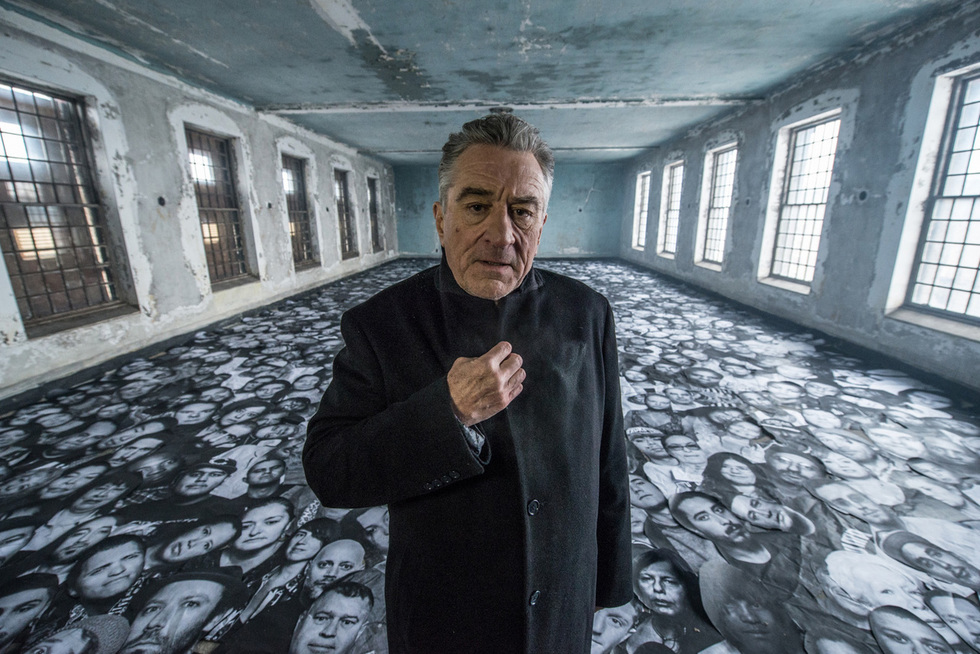 For millions of immigrants entering the United States in the early twentieth century, Ellis Island was the gateway to a new life. Upon arrival, some travelers were approved, but many, due to illness or simply fatigue, were denied access and hospitalized.

Ellis, a fourteen-minute film directed by JR and written by Academy Award winner Eric Roth, tells the elusive story of countless immigrants whose pursuit of a new life led them to the now-shuttered Ellis Island Immigrant Hospital. Following its opening in 1902, approximately 1.2 million people passed through the facility, where the Statue of Liberty can be seen from the windows. Languishing in a sort of purgatory awaiting their fate, many were never discharged.

Academy Award winner Robert De Niro stars as an immigrant whose pursuit of a new life expired at Ellis Island. Shot on location, the film shows De Niro deliberately traversing the abandoned hospital complex. He is accompanied by fellow ghosts of Ellis Island, which exist in the form of portraits pasted to the walls, windows and doors of the facility in JR’s signature black-and-white style.

Collectively making up an installation titled Unframed, each picture was made from archival photographs of immigrants and hospital patients taken over a century ago. A mother sits on a metal bed next to her resting child. A surgeon looks up from an operation table. A weary traveling group trudges down a derelict stairwell.

JR is known for public installations of large-scale, black-and-white portraits, such as Portrait of a Generation, which began as a way to humanize and demystify residents of Les Bosquets, a housing project outside Paris where riots erupted in 2005. His film Les Bosquets, which documents the pastings and includes a ballet performed by Lil Buck, premiered at TFF in 2015.

Combining a sense of place, history, and documentary images, Ellis nudges our collective memory, evoking the countless individuals throughout history and the contemporary moment who seek freedom from persecution and poverty, abandoning their homes and families for a chance at a better, if uncertain, future.

Check out the trailer above for a first glimpse of Ellis, which will premiere at The New Yorker Festival on October 4. Buy tickets here.