‘Nancy, Please’ and Films About Obsession

The TFF 2012 psychodrama ‘Nancy, Please’ starts a week-long engagement tonight at the ReRun theater. In its honor, we’re looking at five films that explore obsession in very different ways. 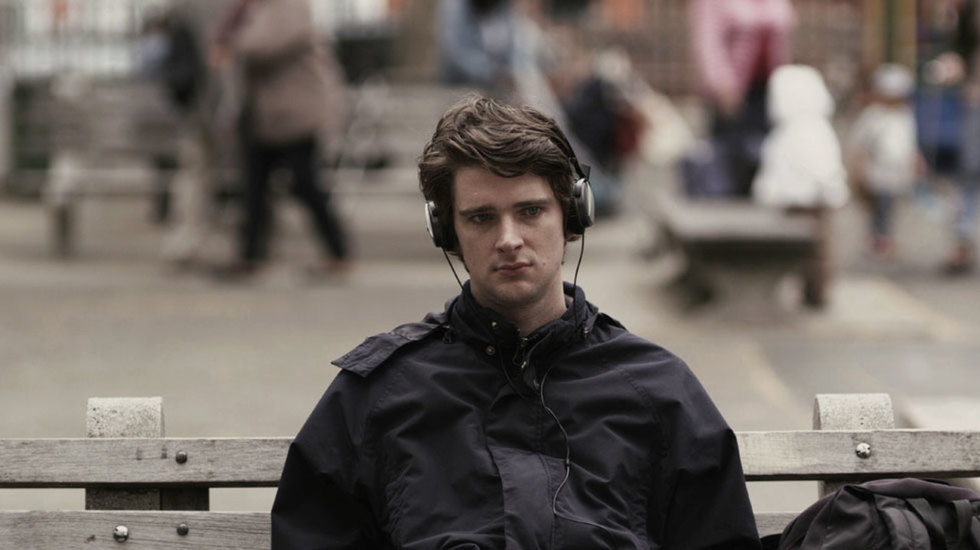 Andrew Semans’ riveting directorial debut, Nancy, Please, mesmerized audiences at its TFF 2012 world premiere. The film follows Paul, a talented Yale post-grad, who is struggling to finish his PhD in English Literature after moving in with his longtime girlfriend, Jen (Rebecca Lawrence). Theater vet Will Rogers (who also starred in Barry Levinson’s The Bay) gives a revelatory performance as the doctoral student who becomes fixated on retrieving his annotated copy of Little Dorrit from his difficult former roommate, Nancy (Eleonore Hendricks). Inexplicably spiteful though maintaining a cruel aloofness, she thwarts every attempt Paul makes to get his copy of the novel back.

Soon, Paul becomes obsessed with his mission, neglecting his girlfriend, his best friend (Broadway star Santino Fontana) and his studies. As his life begins to deteriorate, Paul’s encounters with Nancy becoming increasingly intense, leading audiences to question who is the real victim. Blending elements of the horror and thriller genres, this minimalist drama provides audiences a front-row seat to one man’s unraveling psyche. Revisit this favorite from TFF 2012 or experience it for the first time starting this Friday, May 24, at the ReRun theater in Brooklyn.

Inspired by Nancy, Please, we take a look at some of cinema’s greatest films about obsession in its many forms.

“Ladies and gentlemen, look at Kong, the Eighth Wonder of the World!”

An undeniable classic, King Kong is one of the most referenced films in cinema. Studio character actor Robert Armstrong is perfect as Carl Denham, a film director who takes cast and crew to the mysterious Skull Island for a shoot. To their horror, they discover various beasts on the island, not the least of which is a giant gorilla that takes quite a fancy to Ann Darrow, their leading lady, even to the point of capturing and carrying her into the jungle.

While his crew attempts to capture the gorilla for Ann’s sake, Denham becomes possessed with the idea of taking the beast to New York City to make a profit. Thinking only of fortune and fame, Denham ignores the possible repercussions of his actions.  The ape and NYC as a whole suffer the consequences of his obsession.

Humphrey Bogart, Tim Holt and Walter Huston star as three men in search of gold in The Treasure of Sierra Madre. Directed by John Huston, the film follows Dobbs (Bogart) and Curtin (Holt), who have been cheated out of rightfully earned wages, as they meet Howard (Huston), an old prospector who tells them of a hidden mine and gives them both gold fever.

Obsessed with the finding the treasure, the trio does not hesitate to set out into extremely hostile territory. Increasingly, greed takes hold of them and even in the face of bandits, federales and pesky fellow travelers, the men can only think of finding the gold. Mistrust, betrayal and violence are inevitable outcomes of their obsession.

“I did it because I love you!”

Break-ups are never easy, are they? In Clint Eastwood’s feature directorial debut, the actor stars as Dave, a womanizing DJ who becomes the target of the demented Evelyn (Jessica Walters). After a one-night stand, Dave thinks that she will go away. Wrong.

As Dave tries to end things, Evelyn’s obsession only increases, as infiltrating every aspect of his life. She shows up at his home uninvited, interrupts his business, attacks his maid and even tries to commit suicide in front of him. After a brief stint in a sanitarium, Evelyn escapes and takes Dave’s steady girlfriend hostage. The final confrontation between Dave and Evelyn is the stuff of men’s nightmares. Hell has no fury like a obsessed woman scorned…

“I think about you too lady. Let's leave it at that.”

Obsessive love has long been one of cinema’s favorite tropes, and no movie exemplifies romantic compulsion better than Against All Odds. Directed by Taylor Hackford, the film follows ex-football player Terry Brogan (Jeff Bridges, impossibly beautiful) who, in need of money, takes the job of tracking and bringing back Jessie Wyler (Rachel Ward), a beautiful woman who has fled from her wealthy family and gambler boyfriend, Jake Wise (James Wood).

When Terry finds Jessie in Mexico, he immediately forgets his mission. Consumed by passion, Terry hides the truth from Jake who, likewise obsessed, sends another man to find Jessie. The couple’s “amour fou” spirals out of control and soon the two flee Mexico to face their old lives. This bittersweet tale of obsession and romance will leave you swooning.

“You see, you can't interfere with destiny, that's why it's destiny.”

There are no politics like high school politics. Directed by Alexander Payne, Election follows the events surrounding a high school election as told by the three candidates and the teacher in charge of the student government. The most dedicated of the bunch is Tracy Flick (Reese Witherspoon), an obnoxiously ambitious student who is obsessed by her need to become the student body president. The teacher in charge, Mr. McAllister (Matthew Broderick), can’t stand to let her run unopposed. Bad move!

As his personal life unravels, McAllister fixates on destroying Tracy’s chance at being elected, especially after she ruins his colleague’s career by having an affair with him. A complicated film that layers dueling obsessions, Election proves  a very entertaining ride.