Netflix is a great service in many ways, but it's also part of a larger problem that's been happening in the film industry for far too long. 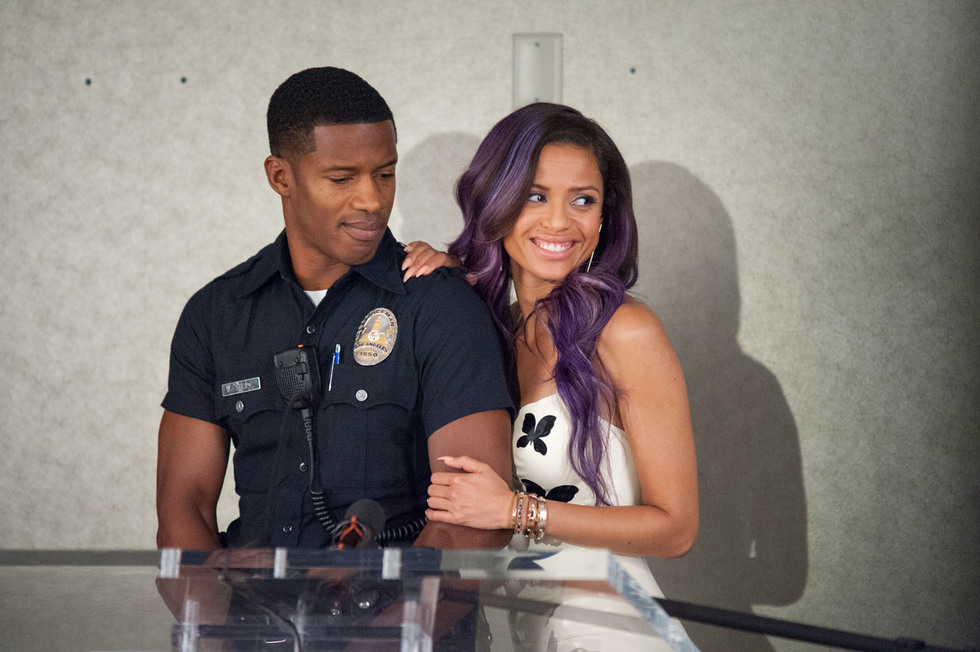 Here's something that most critics' lists and, well, Hollywood in general didn’t tell you last year: writer-director Gina Prince-Bythewood’s Beyond the Lights was one of the best movies of 2014. By a long-shot. Not even close. And it was frustratingly given a ho-hum release and received minimal promotion and support from its studio and distributive backers.

What happened to Beyond the Lights remains one of 2014’s biggest cinematic tragedies. Its star, Gugu Mbatha-Raw, deserved awards consideration for her performance as Noni Jean, a Rihanna-like pop music superstar who’s pushed towards sexualizing herself by the misogynistic industry in which she works. Noni’s desire to break free from those pressures finds solace in a newfound love for a cop, Kaz (Nate Parker), who saves her life during a suicide attempt. Beyond the Lights is a beautifully acted and emotionally profound look at love and the importance of staying true to one’s self. It’s further proof that Prince-Bythewood is one of the film game’s best when it comes to making romantic films that aren’t schmaltzy or routine, tapping into what she did so well in Love & Basketball.

At the moment, though, Beyond the Lights is slowly gathering its overdue following via Netflix’s streaming service. But therein lies the film’s latest slighting. Last night, Prince-Bythewood voiced her frustrations with how Netflix is handling the film’s presentation—specifically, it’s "More Like This" section, which is where Netflix recommends what its monolithic and enigmatic algorithm considers to be like-minded films. In reality, Netflix’s “More Like This” section is the site’s laziest arena. Rather than actually dissect what a film like Beyond the Lights is about (i.e., a budding romance and an analysis of the music industry), Netflix suggests a bunch of random and unrelated movies that also feature predominantly black casts.

1/3 the "more like this" on @netflix speaks directly to the issues we face in hollywood. #beyondthelights is a love story and a music film.
— Gina PrinceBythewood (@GPBmadeit) August 5, 2015

2/3 where is the notebook, notting hill, walk the line, dreamgirls? what algorithm do they use? the same that is used by studios --
— Gina PrinceBythewood (@GPBmadeit) August 5, 2015

3/3 if there are black actors in it, only black folks will want to watch it. got to stop.
— Gina PrinceBythewood (@GPBmadeit) August 5, 2015

In short, she wonders why Netflix connects Beyond the Lights to dissimilar films starring black actors instead of similar films like Notting Hill, Walk the Line, The Notebook and the prestigious Dreamgirls.

Prince-Bythewood also compares the Netflix problem with how Hollywood works as a whole, and justifiably so. Watch what happens when the next movie like 2013's The Best Man Holiday, with an all-black headlining cast, makes a boatload of money—the trades will write about "black movies" are suddenly in vogue, and how, wouldn’t you know it, black audiences love going to the movies! As if those same moviegoers aren’t also interested in others movies about friendship and human interaction that just so happen to star actors of different races.

By directly calling out Netflix, Prince-Bythewood has tapped into a previously overlooked nerve. But it’s an issue that’s been on other filmmakers’ minds as well. Last year, I wrote a profile on Dear White People writer-director Justin Simien for Complex, wherein former movie publicist Simien and the film’s star Tessa Thompson made light of what Prince-Bythewood has just taken to task:

For his site’s coverage of last night’s tweets, HitFix writer Chris Eggertsen took screen grabs of the "More Like This" recommendations he received for Beyond the Lights, and the results are maddening.

Beyond the Lights is a poignant love story, so Netflix recommends…The Coalition, a women-get-revenge flick starring mostly black women? And My Favorite Five, a low-rent rom-com in which a black women must choose between five eligible bachelors? Even comparing Beyond the Lights to My Favorite Five is insulting, but doing so merely because of their stars’ skin color is embarrassing, and needs to be fixed.

To further emphasize Prince-Bythewood’s point, I followed Eggertsen's lead and entered nine highly respected films starring black actors and made by black filmmakers into Netflix’s search engine and screen-grabbed their "More Like This" title. Be prepared to shake your head in disgust.