Oscar Isaac Has Been Singing Long Before ‘Inside Llewyn Davis’

As ‘Inside Ilewyn Davis’ hits limited theaters this Friday, we explore the singing prowess of soon-to-be megastar Oscar Isaac. 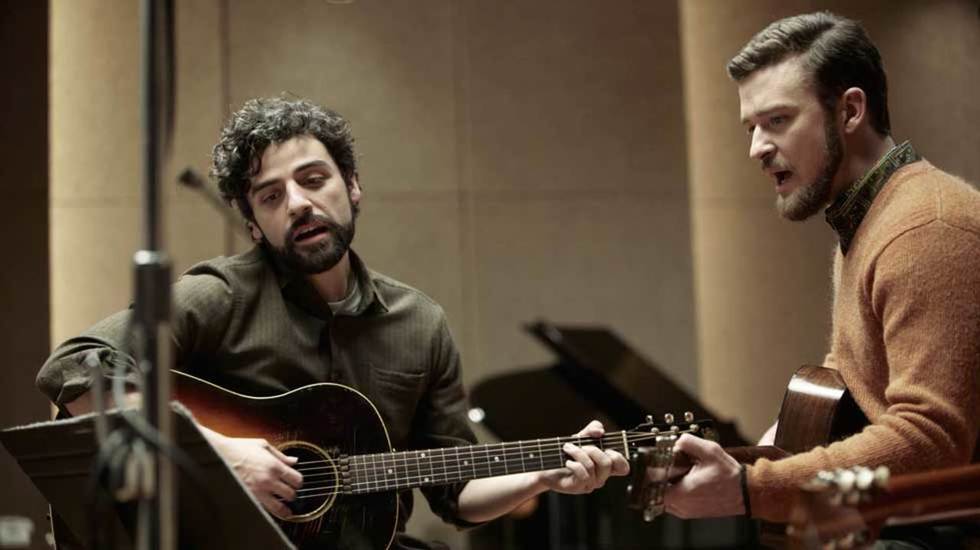 In a few days, Oscar Isaac’s rising star will rocket into the stratosphere, thanks to his tour de force performance in the Coen Brothers’ Inside Llewyn Davis. Isaac plays the title character, a talented, but struggling folk musician who arrives at a crucial impasse in his life.  He must decide whether he should continue to chase a career in music or enlist in the Merchant Marine. The film follows him over the course of a few days as he embarks on a personal odyssey that involves one final attempt to jumpstart his solo career in the face of considerable adversity, much of it of his own doing.

In lieu of exposition or unnecessary scenes of dialogue, the Coen Brothers decide to let the songs Llewyn perfoms speak to his development as a character. The Coens’ use of ‘Hang Me, Oh Hang Me’ to start and end the film is a stunning storytelling device that essentially tells the story. There is no context for the song when Llewyn, illuminated by a single light, initially performs it to a darkened crowd.  However, when he performs the song again towards the conclusion of the film, the lyrics take on considerable meaning for the audience. Llewyn’s singing “put the noose around my neck/hung me up so high/last words I heard ‘em say/won’t be long now fore you die/poor boy,” conveys chilling implications in a subtle and efficient way.

While the Coens Brothers once again deliver their trademark wit, style and characterization with this film, Isaac’s melodious accomplished performance is what will earn it a place in their canon. In addition to his film work, Isaac is an accomplished singer/songer with dozens of original performances uploaded to YouTube by fans. Join us as we take a look back at some of the most important moments of his musical past (and present).

Before graduating from Julliard in 2005, Oscar Isaac attended the University of Miami School of Music. During his time there, he formed a ska-punk band called Blinking Underdogs. According to their MySpace page, the group’s musical influences included Goldfinger, Sublime, Reel Big Fish and Fishbone. Isaac, not surprisingly, sang lead vocals and played the guitar.

Sure, the premise of 10 Years is a little tired—a group of unrealistically beautiful friends come together again at a high school reunion to rehash the past, think about the future, etc etc—but the film is still pretty damn charming. Isaac plays Reeves, a famous musician who returns home to seek out his former crush, Elise (Kate Mara), and to reveal that his most famous song is about her. Not only did Isaac sing the song ‘Never Had’ in the movie, he wrote it as well. You should also check out the version of the song he did with Mara singing back up for the website, Hello Giggles.

Isaac and friend Bruce Ferguson perform as NightLab, an indie rock duo that has a small, but devoted following. They have seven songs available to download free and an eclectic sampling of YouTube videos including their special “Staircase Sessions.” Isaac and Ferguson occasionally perform around NYC so be sure to keep your ears to the ground.

In anticipation of the movie, Isaac and his fellow actors and musicians have performed several live shows, including a special concert celebrating the musical era of the 1960s folk scene at The Town Hall in NYC. The concert was filmed and will air on Showtime this December as part of Another Day Another Time, a tribute to the music featured in the film.