Home » Tribeca News » Ranking the Alternate CLUELESS Cast that Could've Been on a Scale of "How Fabulous" to "As If!"
View All News

Ranking the Alternate CLUELESS Cast that Could've Been on a Scale of "How Fabulous" to "As If!"

Twenty years ago, an inexpensive, low-buzz comedy called CLUELESS transplanted Jane Austen's matchmaking period romance EMMA into the land of Valley Girls and convertibles, with a funny, talented, fresh-faced cast in tow, and quickly went stratospheric. In honor of the film's anniversary, Jen Chaney's new book AS IF!: THE ORAL HISTORY OF CLUELESS, AS TOLD BY AMY HECKERLING, THE CAST, AND THE CREW delivers the dirt on who almost found their way into this timeless teen classic. We rank the alternate cast members on a scale of "How fabulous" to "As if!" 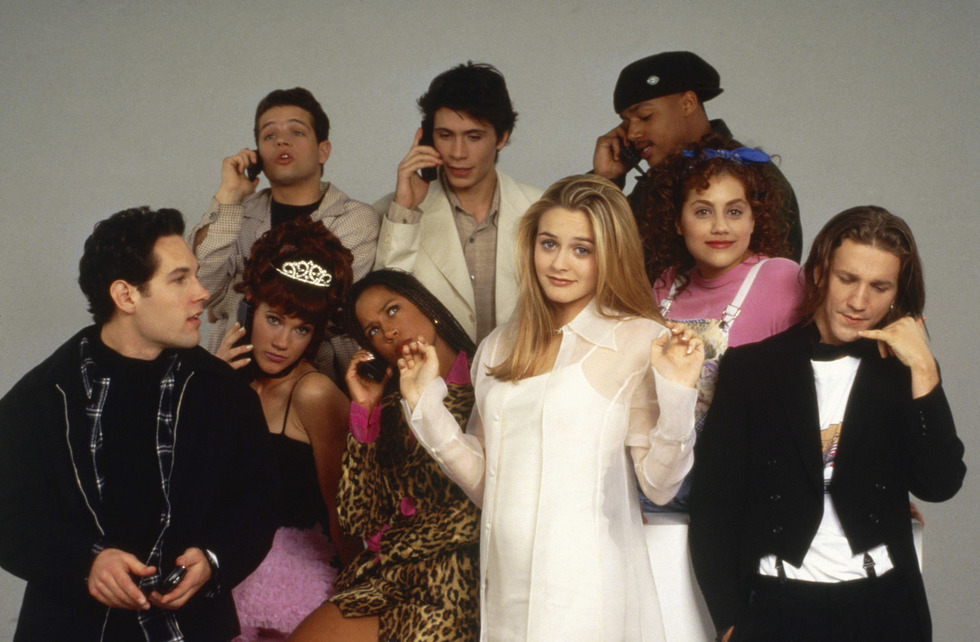 Reese Witherspoon (as Cher Horovitz, played by Alicia Silverstone): I, of course, wouldn't trade Alicia Silverstone's iconic, quick-witted, fashion-forward Cher Horovitz for the world. Silverstone's a teenage dream in the part, setting the stage for Kirsten Dunst in Bring it On, Lindsay Lohan in Mean Girls, and Emma Stone in Easy A, among other comparably pitch-perfect Teen Queen performances in any number of superficially-similar projects. But, admit it... this is a pretty inspired casting idea. Witherspoon was one of a number of actresses Paramount made writer-director Amy Heckerling try out before conceding to Silverstone, her original choice, and rightly so. And yet, Witherspoon's charismatic blend of spunk, smarts, and softness would've at least been an intriguing match for the character. And besides, Legally Blonde's dim-bulb Barbie turned Harvard brainiac Elle Woods was always just a few watts shy of basically being Cher.

Jerry Orbach (as Mel Horovitz, Cher's dad, played by Dan Hedaya): I doubt Cher's father is even the thirtieth thing people think about when they think about Clueless, but Mel Horovitz (piqued to hotheaded perfection by Hedaya) serves a pivotal role in the movie's ultimate union of Cher and Josh, and the late, forever-great Orbach (aka Detective Briscoe, aka Lumière, aka Baby's corner-putting father) would've been kind of lovely as this crusty but always caring curmudgeon.

Gwyneth Paltrow (as Cher): Look, I know that the very possibility of this casting is enough to make the Gwyneth haters among us rip up a canyon's worth of GOOP-approved $80 white t-shirts, but at least admit that the posh, privileged, and preening Paltrow persona that so many hold in disdain isn't too far away from Cher Horovitz, a role Paltrow would play in its original iteration a year later in the plushy Miramax adaptation of Austen's Emma. And some of us like watching Gwyneth Paltrow act, okay!


Dave Chappelle (as Murray, played Donald Faison): No offense to Donald Faison, who pretty hilariously played Dionne's exasperating, "Friend of Dorothy"-identifying boyfriend Murray, but there's a large percentage of the population who would probably pay good money to see Dave. Chappelle. in Clueless, a film for which he was deemed "too edgy" by Heckerling.

Terrence Howard (as Murray): Hey, this ain't bad! Howard was a "top contender" for Murray, but now all we can think about is why the stars couldn't align in time for Taraji P. Henson to play Dionne.

Keri Russell (as Cher): Too cerebral, no?

Sarah Michelle Gellar (as Amber, played by Elisa Donovan): Gellar was actually offered the sideline role of vapid, plasticized Valley Bitch Amber but couldn't take off time from her gig on All My Children. Which ultimately worked out for the better, because if there's one thing Buffy can't do, it's play dumb.

Alicia Witt (as Cher): An underrated, hard-working industry actress, for sure, but it's still pretty hard to picture.

Tiffani Thiessen (as Cher): Sorry, Kelly Kapowski, but when it comes to Cher, brunettes need not apply...

Alanna Ubach (as Tai, played by the late Brittany Murphy): Nothing against Ubach -- who in an alternate casting universe could've romanced her real-life boyfriend Green as star-crossed misfits Travis and Tai -- but it pains us to picture anyone but Brittany Murphy as the lovable, "tragically unhip" California transplant.

Ben Affleck (as Josh): Two years before Good Will Hunting would solidify his celebrity, Boston Ben was, for whatever baffling reason, casting director Carrie Frazier's number-one choice for Josh. Let's just say there's a reason why Matt played the secret genius, and leave it at that.

Angelina Jolie (as Cher): Ab-solutely not. Has there ever been a more horrifyingly off-base casting idea? Sure, Jolie can act. But as Cher Horovitz...?