The gritty action thriller ‘Raze’ starts midnight screenings this weekend at the IFC Center in NYC. Join us as we take a look back at our interview with the incredible Zoe Bell from last year. 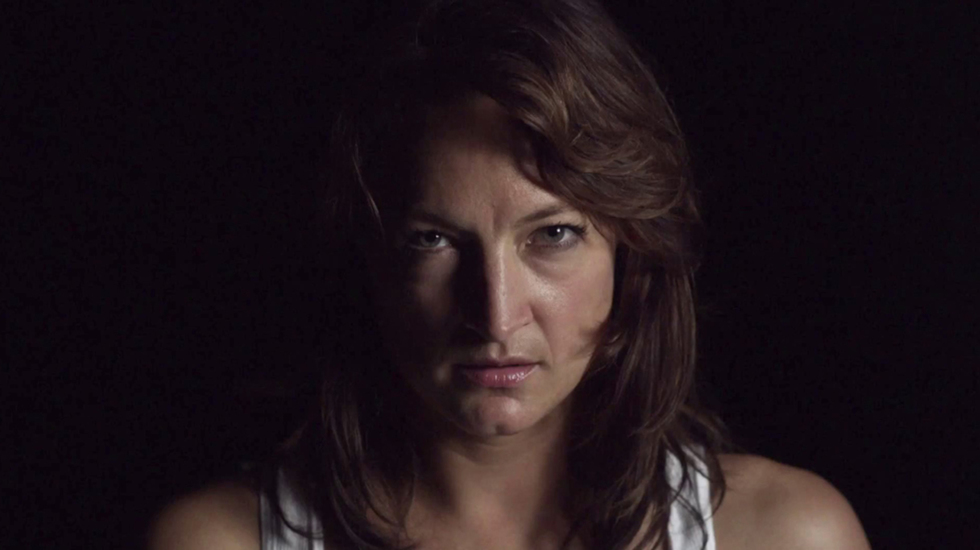 Note: This interview was originally published during the 2013 Tribeca Film Festival.

With the hard-hitting Raze, Zoe Bell has proved herself a force to be reckoned with in front of and behind the camera. We spoke to the actress/producer about finding the essence of her character, striking the right tone, and the pressures of her dual roles.

Tribeca: Tell us a little about Raze. What attracted you to the project initially?

Zoe Bell: Initially it wasn’t planned as a feature film. Josh Waller (the director) and I have known each other a long time, and he’d been talking with Kenny Gage about this concept. When I first came aboard, I wasn’t sure if they were talking about a short or maybe a web series. All they basically told me is that it was heavy female action. They talked me through the script that they had for the short. It sounded really exciting.

The idea was definitely in line with something I would be interested in doing. Josh and Kenny seemed really passionate and excited about the project in a way that suggested real commitment. I don’t mean to sound jaded, but often people are pitching an idea just because they think it might have potential but not because they love it. You know what I mean? When they asked me to be creatively involved, I knew that they were talking my language. I love that part of the process. When they offered that I could come on as producer, I was like, “Shit yes, I would absolutely love to do that.”

Tribeca: Given that you’re a stuntwoman by trade, it must have been rewarding to use your skills in a lead role in a narrative feature-length film. Can you talk about your collaborative process with Josh Waller while making Raze?

Tribeca: Sabrina is different from the other women because, while they are fighting to keep their loved one alive, she is fighting to save the daughter she never knew.

ZB: I lived with Sabrina for a very long time leading up to it because I was part of the process of the film being turned into a feature. I had done a lot of preparation with Sabrina when the script was in its first rendition as a short, so when they were writing the feature, I was able to offer the history I had given Sabrina.

At one point, we were jumping around a lot and shooting completely out of sequence. Sabrina’s emotional journey is quite tense. So I constantly had to break down exactly where I was within her journey so that we could keep everything fresh. It was super collaborative, and I just loved being a part of the process.

I wanted to show the audience how emotionally difficult it is for women to fight.

Tribeca: Needless to say, you lead an impressive cast of strong women, including Rachel Nichols, Rebecca Marshall, and Bailey Anne Borders. However, there is a mini Death Proof reunion with Tracie Thoms and the un-credited Rosario Dawson. Were they always on board?

ZB: Well, Rachel, Rosario and I were disappointed, that I didn’t get to fight either of them [laughs]. We were like, “We should’ve re-written it!” I was really honored that those guys came aboard, and I reached out to Tracie really early on and told her about the film. Even before I’d even sent her the script, I just said, “I’d love you to be a part of this.” All she had to do was speak with her agent and she was in.

Rosario was a surprised to me. I was busy concentrating on being both the lead and a producer, so I was not involved with all the casting decisions. Tracie and Josh brought on Rosario. For obvious reasons, it was very important to me who we cast because of the action sequences. I had just finished this fight on set, and I passed this woman in the hall and I thought “God, that’s so weird; she just looked like Rosario to me for a second.”  When I realized it was her, I started crying like someone had just thrown me a surprise party!

Rosario appeared in the film for Tracie and me. It was this gorgeous reunion. Tracie and Rosario have been my friends since basically the beginning of my acting career. Tracie was the first actor  I had realistic dialogue with in a film. She taught me so much. She’s just such a massive talent.

Tribeca: Due to its violent nature and intense themes, Raze is not a movie for everyone. As a producer, can you talk about how important it was to find the right tone for the film?

ZB: Oh, massive. It was an ongoing conversation. At some point, I sat down with the boys and said, “Look, I’m starting to get this feeling that we’re running downhill, and my body is starting to go faster than my feet, and I’m going to fall on my face.” Because we were so excited and we just got traction, there were quite a few moments when we had to stop and ask, “Where are we going? What are we doing? So that our baby lives to run, we have to get it to walk first.”

We were really careful to not let the film fall into the women in prison category. You know, chicks with big tits in their undies and stuff.  Luckily, Josh is an incredibly character-driven director. Along with these amazing fight sequences, we had to have that driving heart. We had to allow the film to shock audience, but not for the sake of being shocking. We all wanted it to feel shocking because the audience understands that someone’s killing someone in order to live.

When you see a lot of female action in movies, it’s usually heightened or cartoonish or just some woman in latex and heels. And listen, I’ve worked on those films, and I love doing them, but I wanted to see what it meant for women to have to kill. Usually, you only see women turning to violence in defense of family. That’s the lioness thing. I wanted to show the audience how emotionally difficult it is for women to fight.

Tribeca: Can you talk about the challenges of shooting the fight scenes? What difficulties did the VFX team encounter?

ZB: We had a man named James Young who came on as the stunt coordinator. At first, we’d talked about me being the fight choreographer and the stunt coordinator, but I was already wearing too many hats. So we needed someone to come in who was willing to work really hard. I obviously have a lot of connections in the stunt world, but at the same time we didn’t have a lot of money. We had a massive schedule, and we needed a lot of work pre-production as well.

James came on and just nailed it. He was never protective about his own choreography. If it needed to change for the good of the scene, he would be all right with it. Now, he’s doing massive movies, which is so rad. I’m so happy for him.

We were really careful to not let the film fall into the women in prison category.

Tribeca: What was a typical day on set-like?

ZB: Exhausting [laughs].  Everyone was just exhausted. We were doing 6 day weeks, and really long days, I mean really long days. We didn’t have the time to rehearse in the space once we got in there.  We had actors that had never worked under those kind of conditions before, and they’re being expected to convey deliver all the shit their characters are going through.

We would have ADs standing behind the camera and people sweeping footprints for set-up and trying to fit mats in so we didn’t trash our bodies too bad. A huge part of the casting process became a question of whether or not these women were capable of bringing it emotionally and psychically. We shot 19 fights in 30 days, and the rest of the movie on top of that. We knew it was ambitious when we started, and we just kept at it.

ZB: I’ll be happy to see the finished film. I’m so excited to be in New York and in the heart of the independent film world. I can’t wait to be around filmmakers and be one of them.

ZB: I just think you’ve not seen women fight likes this, ever. At least, I hope you haven’t! Whether you like it or not, you won’t have seen it before. And I hope, if it all goes well, people will be copying us.

Raze is currently playing at the IFC Center in New York City. For showtimes, click here.