Remember When Vin Diesel Was An Indie Filmmaker?

Before Riddick…before Xander Cage…before Dominic Torretto…Vin Diesel was just another indie filmmaker trying to break into the industry. 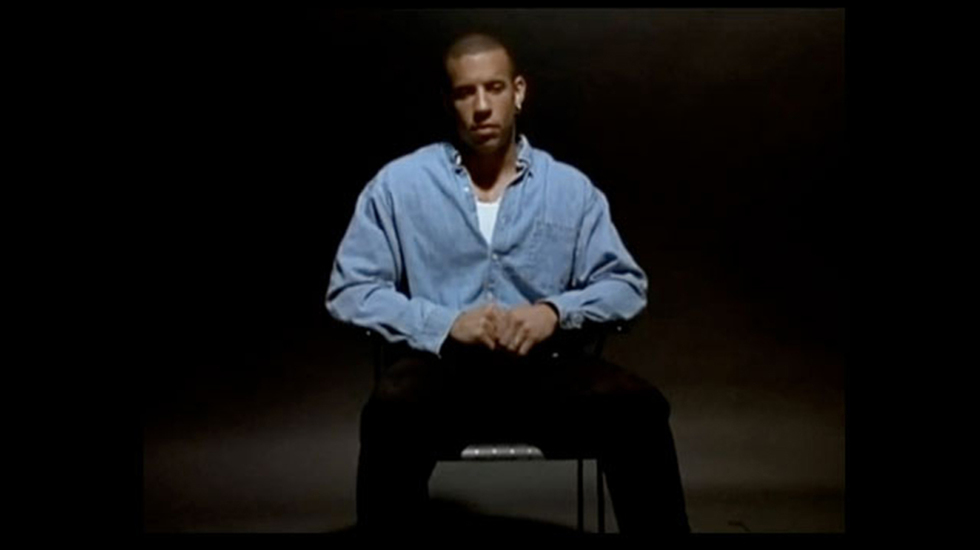 Most movie fans connect megastar Vin Diesel with the successful Fast and Furious and Riddick franchises that take full advantage of Diesel’s obvious physical gifts. Only a few who are familiar with the actor’s early roots appreciate his considerable talents as an indie filmmaker.

In the mid-90s, Vin Diesel (yes, he used that pseudonym even then) was just another struggling actor trying hard to get his big break. Despite his undeniable film presence, the young Diesel had trouble fitting into a specific “type” of role, in part due to his multiracial background. A natural storyteller even then, Diesel turned his difficulties on the audition circuit into a short film called Multi-Facial for which he was the writer, producer, director and star.

Given that Diesel’s facebook page enjoys over 46 million followers, the audience that an original film by Vin Diesel could potentially reach is staggering.

Shot on a shoestring budget over the period of a few days, the film follows Mike (played by Diesel), a multiethnic actor, throughout a day of auditions for a variety of parts. In the course of eight hours, he reads for roles involving every racial background: Italian, Spanish and African American. While he is a good actor, he has no chance at any part he reads for during the course of the day. Why? Because Mike is either too light skinned or too dark skinned. At one audition, he is summarily dismissed because they decided they want more of a “Wesley” for the part. To save face after failed auditions, Mike tells himself he would never want to do a commercial or a soap opera because no “great” actor would ever take those kinds of roles.

Mike’s epiphany about the grind that he is trapped in comes at an audition for a gig in an “urban” film. After impressing the cast director with a original rap verse, Diesel performs a heartfelt monologue about his inspiration for becoming an actor apart from racial stereotypes—watching his late father perform in a production of "Raisin in the Sun." After this moving speech, the casting group tells him that they are looking for an actor with long dreadlocks and will get back to him soon. Disillusioned and angry, Mike goes to a diner where he stills alone and overhears a blonde actress complaining about being stereotyped as a bimbo.  He can’t help but chuckle at the frustrations faced by all.

Multi Facial went on to play to wide acclaim at both the 1995 Sundance Film Festival and Cannes. It gave Diesel credibility as a filmmaker, and he went on to write, direct and star in his first feature in 1997, Strays. For this film, Diesel’s character Rick is a drug dealer who spends his time with a group of slacker (and multicultural) friends, finding solace in casual sex and wild drunken nights. Desperate to put meaning into his life, Rick pursues a relationship with Heather, a beautiful woman from the other side of the tracks who doesn’t judge him. Torn between his “tough guy” act and his true gentle spirit, Rick has to decide if he is going to change his life.

While the overly melodramatic Strays was not as well received as Multi-Facial, both movies demonstrated Vin Diesel’s skill as a filmmaker and his unique voice.  Hollywood, and more particularly, Steven Spielberg, took notice. After watching Multi-Facial, Spielberg famously wrote a role just for Vin Diesel in Saving Private Ryan, essentially launching Diesel’s mainstream career. Diesel made the most of the opportunity, skillfully playing Caprarzo, an Italian soldier who is killed trying to save a little girl that reminds him of his own sister back home.

Diesel is perhaps too busy these days with big box office projects to write and direct another small film, but we hold out hope that he will someday return to his roots. Given that Diesel’s facebook page enjoys over 46 million followers (and counting), the audience that an original film by Vin Diesel could potentially reach is staggering. We’ll keep our fingers crossed.