From 'Harry Potter' to Facebook to 'Twilight' to Wii, Richard Linklater captures the millennial generation in his latest masterpiece. 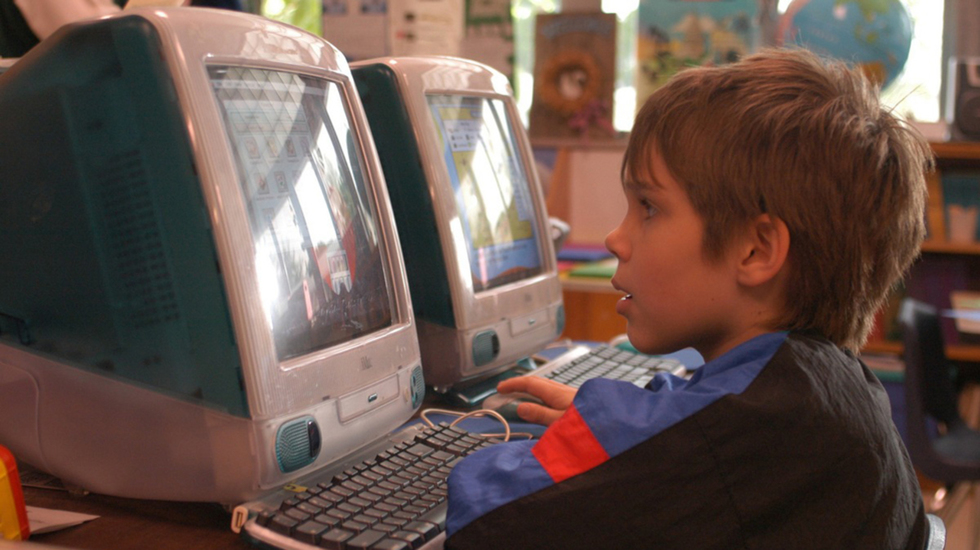 Standing in my first press room as a reporter for the Columbia Journalism Review this past February at the Writers Guild of America Awards, I was jittery. I felt a pang of anticipation, wondering which star would stop and talk on their way down the red carpet. As increasingly less recognizable stars came strolling by, I realized that the top shelf names were instead at the bigger event simultaneously being held in Los Angeles.

The line was finally coming to a halt, when a gentleman came in and found his way to CJR's little nook at the end of the line.  My co-worker and I soon learned that he was Michael Barker, co-president of Sony Pictures Classics, the studio behind the art films you enjoy telling your friends you saw. “I love Columbia,” he loudly proclaimed. “Who do you kids want to speak with, it’s your call?”  My co-worker and I looked at each other like we had hit the jackpot, but were unable for a few seconds to muster anything like a response.

A hodgepodge of Millennials, their parents, and their grandparents, are cheek by jowl in anticipation to discover what a 100 percent rating on Rotten Tomatoes actually looks like.

Out of the corner of my eye, I recognized the face of a man I had been indebted to for years.

Barker walked over to Richard, whispered something in his ear and soon we were staring face to face at the biggest name in the room.  Beyond just revitalizing independent cinema stateside, I was grateful to him for paying tribute to an idol of mine, Orson Welles, with a beautiful ode to his days at the Mercury Theater (Me and Orson Welles, 2008). He and I briefly chatted it up, and I told him how excited I was that we shared an admiration for Wellesian cinema, something he latched onto.  We could have talked a lot longer but the alarm rang, signaling that he was due backstage to help present an award.

It was a thrilling moment but one that I’ve been beating myself up over ever since. Why?  As pleased as I am that we discussed Welles, I didn’t realize at the time we met, that Linklater himself had directed a film that will become synonymous with childhood and more importantly with my own experience of it. Boyhood is that rare masterpiece.

It’s been said that Shane was so masterful in its distillation of the traditional themes of the Western that it succeeded in effectively killing the genre off. After satiating the desires of the audience for vengeance, gunplay and good triumphing over evil, Alan Ladd, the poster boy for old-fashioned Westerns, drifts off into the sunset, leaving every successor to pick up the pieces of a mode that now appears pointless in its wake.  Similar claims have been made about The Godfather killing mobster films, and barring Goodfellas and its television cousin the Sopranos, it just might have. Most of these claims are debatable but one eulogy that should be written in the next few days is for the coming of age tale, the film version of the vaunted bildungsroman, and we have Richard Linklater to thank for their bittersweet farewell.

Reproduced before my very eyes on the silver screen is my childhood.

Lincoln Plaza Cinemas, an eclectic fixture in New York’s cinematical past is usually reserved for retirees with a thirst for the work of auteurs, excursions abroad, and trips down memory lane with doddering actors from their youths.  The crowd for Boyhood is different.  A hodgepodge of Millennials, their parents, and their grandparents, are cheek by jowl in anticipation to discover what a 100 percent rating on Rotten Tomatoes actually looks like.  I’m shaken and stirred and frankly bowled over by what I’ve seen and I know the audience feels it as well.  Reproduced before my very eyes on the silver screen is my childhood, from the off and on disputes with my sister, to Harry Potter mania, to the constant and unanswerable questions that lurk inside the minds of Millenials trying to make their way in a befuddling world that still doesn’t get them.

Coming of age tales have always felt like odes to bygones eras, moments to reflect on our beloved childhoods, on what defined them and what we’ve left behind. Linklater is also the man credited for their resurrection, with cult classics like Slacker and Dazed and Confused, and how fitting then that with Boyhood he has returned triumphantly to usher them out. Once again he unveils his trademark flourishes and fleshes out the usual narrative, but this time he has expanded the form, and made any future endeavor to match it a mere exercise in futility.

Linklater is no poet, but he is a photographer with his lens pointed at his audience, a dynamic that produces a truly poetic and symbiotic relationship. That’s essentially what he’s done with the Before Trilogy in which he traced love in its many incarnations, from its first inklings to its waning last hurrah. Here he has his say on something even more audacious, the whole of childhood, done through the lens of the children enduring it, the parents who guide it, and the various people who are swept along in its path.

Linklater has his finger on the pulse of modern syntax, and unlike others who seem off balance when navigating through a millennial milieu, he feels at home there.

Shot over a dozen years, Boyhood roughly sketches Mason Jr., and more loosely his sister and his parents, as he makes his way from kindergarten all the way through his high school graduation. Ethan Hawke and Patricia Arquette seamlessly step in as mom and dad. While we only know the pair once they have separated, both parents try to put the interests of their two kids above their own, and the product of their commitment is a thoughtful and respectful young man, who is grappling with the meaning of life, and passionately pursuing his budding passion for photography.  Both parents take turns faltering at various times under the weight of the life choices they make, and the often-dire consequences that stem from them, but ultimately it is their commitment to see their children through the process that helps steer what could have been a rocky ship to smooth water.

Linklater has his finger on the pulse of modern syntax, and unlike others who seem off balance when navigating through a millennial milieu, he feels at home there.  The soundtrack, an essential component of any true coming of age tale, would normally be labeled as “predictable commercial schlock,” but that seems to be his point, and in fact it strikes nicely, running the gamut from Coldplay to Lady Gaga, sprinkling in an ode to classic rock, and in turn successfully capturing the collective musical experience of the period. Harry Potter book launches, Will Ferrell Funny or Die clips, predictions of the death of Facebook, and the somewhat questionable Twilight rage are all referenced, and gaming evolves from Gameboy to Wii along the way.

Slacker was an ode to Linklater’s youth but here he’s done something much greater.  He’s captured our collective upbringing through the lens of the millennial experience and he’s used the milestones of life as a starting off point to delve into the experiences that shape our identity.  More impressively, Linklater has roped his audience into the process so persuasively that we all feel like we played some small role in the standout young man that Mason has blossomed into. The crowd came looking for an experience that resonates with theirs and finds something entirely different and harder to take.  They find themselves there and they can’t let go.

Sometimes in life, you are lucky enough to stumble upon a fleeting moment with a celebrity you revere. I had that moment, and it will forever replay in my mind that Boyhood couldn’t have been a part of that conversation.  It appeared to me that night like there was something up Linklater’s sleeve. Perhaps he had the sneaking suspicion that one day the discussion wouldn’t center on Welles but instead it might just center on him. If only I knew his impact then, but I certainly know it now.